The Minister of Information designate, Kojo Oppong Nkrumah, has launched the 2021 National Chocolate Week at the Marriott hotel in Accra.

The celebration, which is slated for February 8 – 14, 2021 is packed with activities to encourage the consumption of chocolate and cocoa products among Ghanaians.

The celebration which is a collaboration between the Ghana Cocoa Board (COCOBOD), the Ghana Tourism Authority is themed “Eat chocolates, Stay healthy and Grow Ghana.”

Speaking at the ceremony, Mr Oppong Nkrumah, who launched the National Chocolate Week on behalf of the Vice President, Dr Mahamudu Bawumia, said one aspect that required attention in the cocoa value chain was the local consumption of cocoa products in the country.

He explained that cocoa and cocoa products have become an integral part of the lives of Ghanaians and the economy as a whole, and added that every Ghanaian, in one way or the other, derives benefit from cocoa.

Mr Oppong Nkrumah stated that the cocoa business is one that can best be described as an essential and robust one providing several opportunities such as employment, foreign exchange and infrastructural amenities among others.

The Minister-designate said, fortunately, the popularity of chocolate and cocoa products is growing, and Ghanaians are beginning to understand and appreciate the health benefits of cocoa and its related products.

This he said has resulted in increased demand for chocolate and cocoa related products, and added that the government was focused at supporting entrepreneurs and investors interested in cocoa processing and value-addition.

Explaining the gains made by Ghana’s cocoa industry, the Chief Executive of Ghana Cocoa Board (COCOBOD), Joseph Boahen Aidoo said Ghana is on track to meet the 50 per cent local processing target of cocoa beans produced in the country following government’s announcement in 2017 to increase cocoa production to one million metric tonnes as it improves the local processing of the beans to 50 per cent.

He indicated that even though Ghana was currently processing about 40 per cent of its cocoa beans locally, he was confident that the country would soon meet the 50 per cent target.

He mentioned that COCOBOD would strengthen its incentive packages to help local processors and artisanal chocolate makers expand their businesses.

The move according to him will ensure that the processors are able to access more beans and produce more chocolates and other cocoa products for the growing consuming public.

Mr Aidoo added that the National Chocolate Week celebrations were part of a bigger drive by COCOBOD to promote local processing of cocoa to boost cocoa consumption among Ghanaians.

The new factory according to him would increase the capacity of local production to about 550,000 which puts them in a position to meet the government’s 50 per cent processing target.

The COCOBOD chief also expressed appreciation to cocoa farmers for their contributions to the industry.

For his part, the Chief Executive Officer of the Ghana Tourism Authority, Mr Akwasi Agyemang, said the authority would collaborate with the Cocoa Processing Company (CPC) to promote the consumption of cocoa within the hospitality industry.

Mr Agyemang said despite the challenges faced by the hospitality industry due to the Coronavirus pandemic, he was confident that things would get better soon and the industry would overcome the challenges.

The week-long celebration is on the theme “Eat Chocolate, Stay Healthy, Grow Ghana”.

The launch of National Chocolate Week in pictures 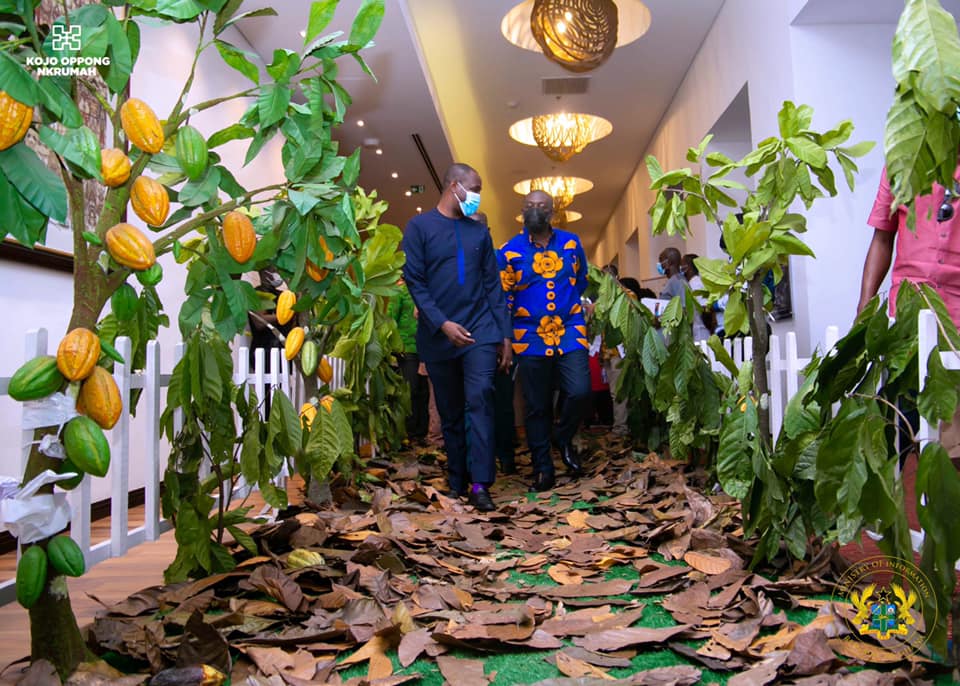 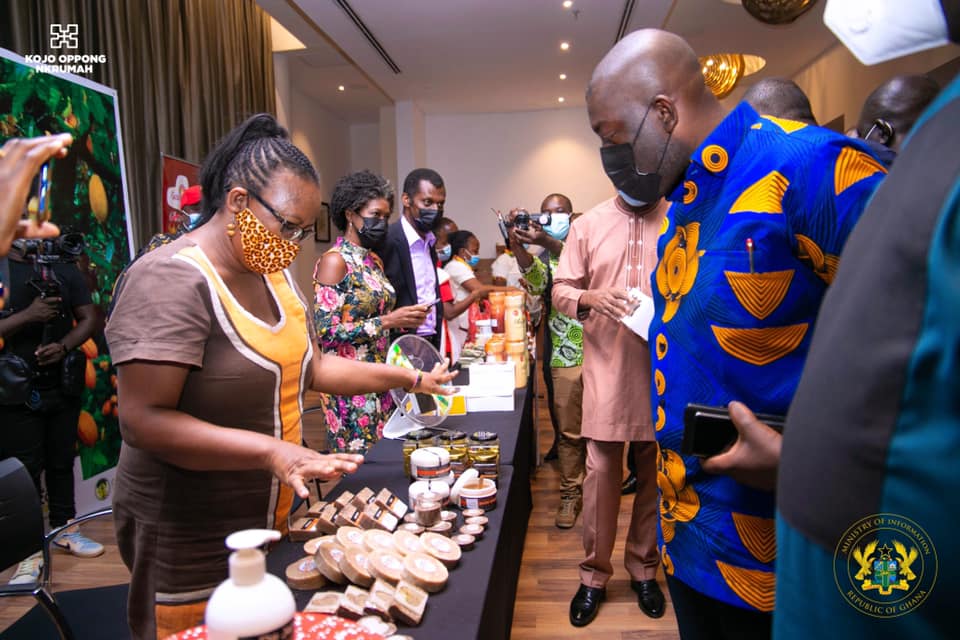 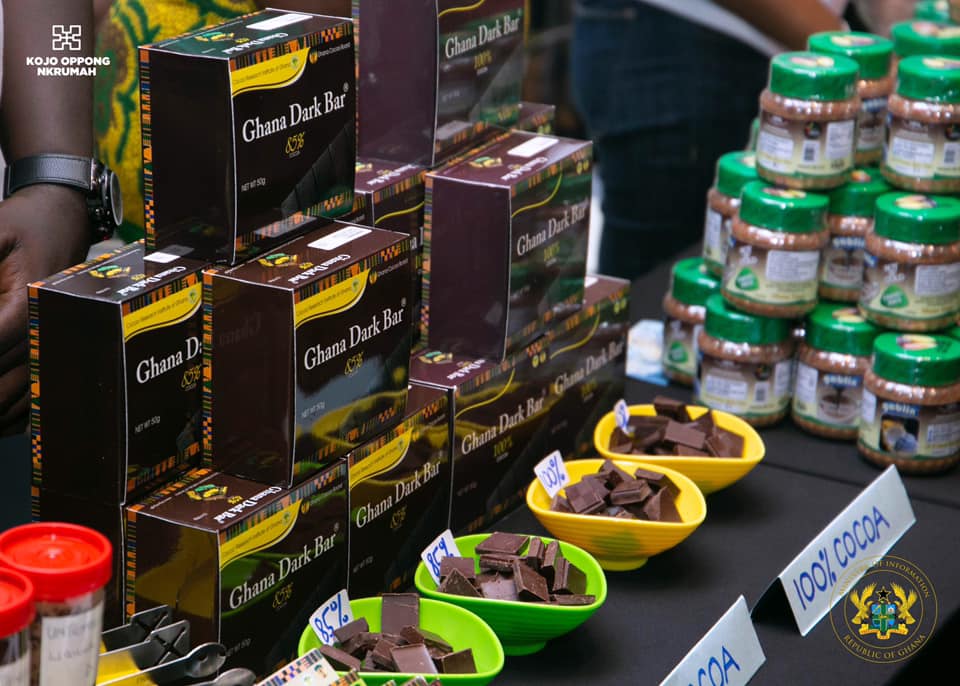 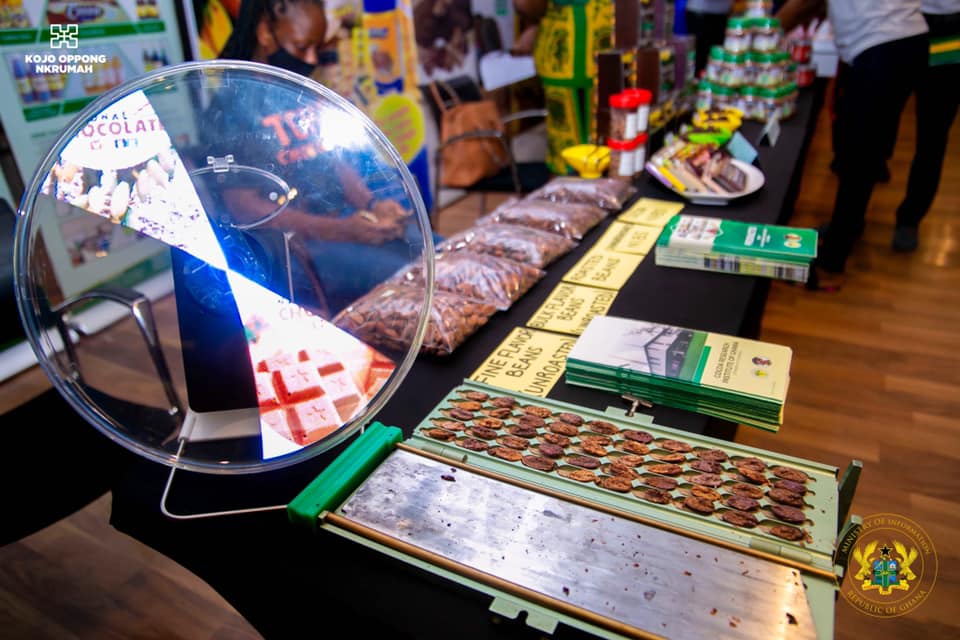 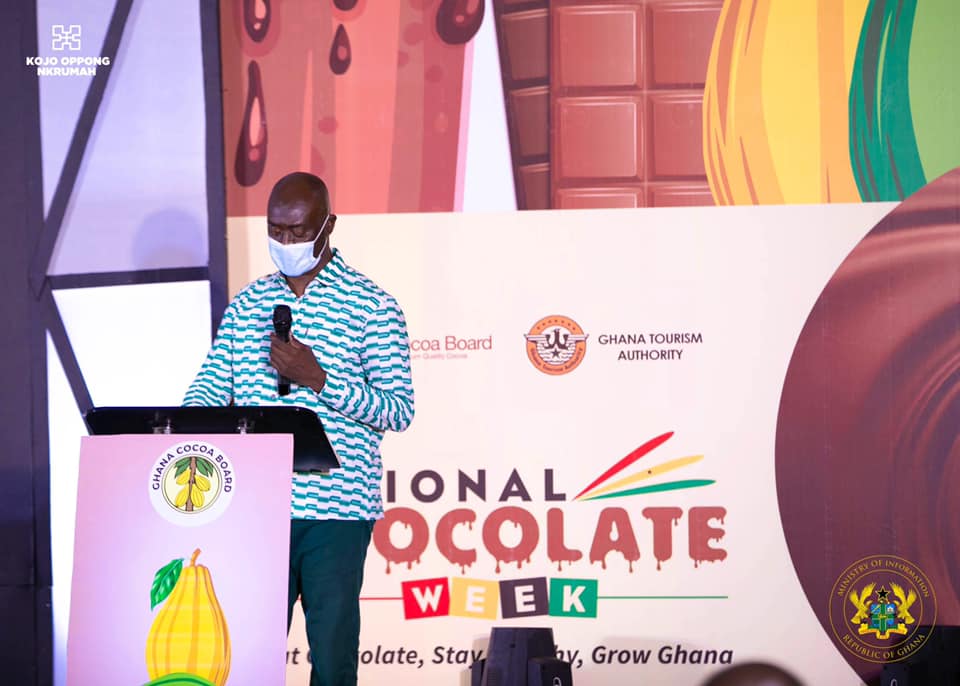 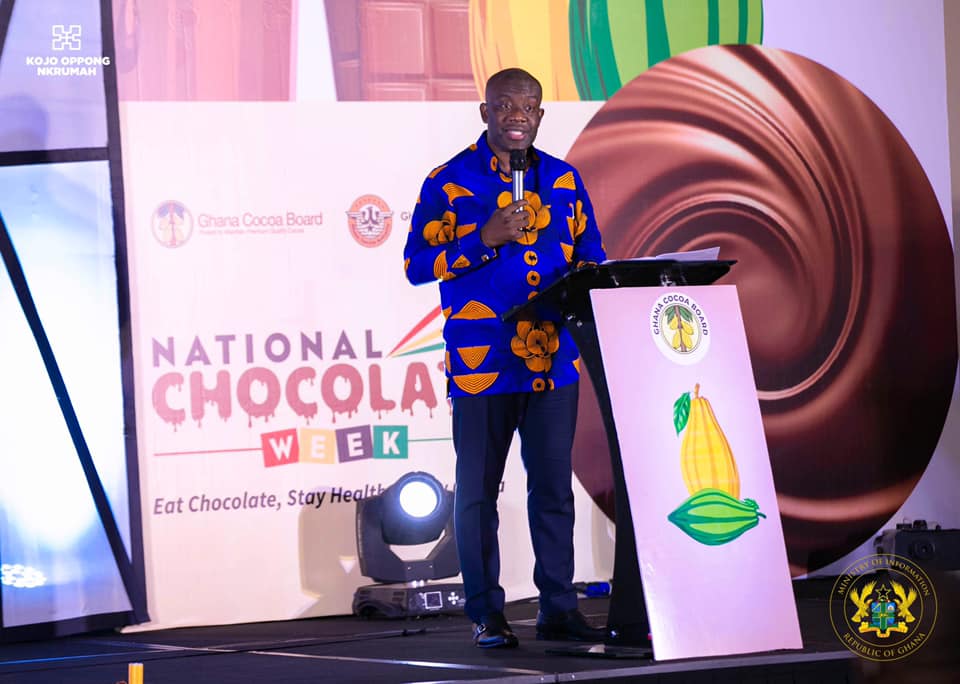 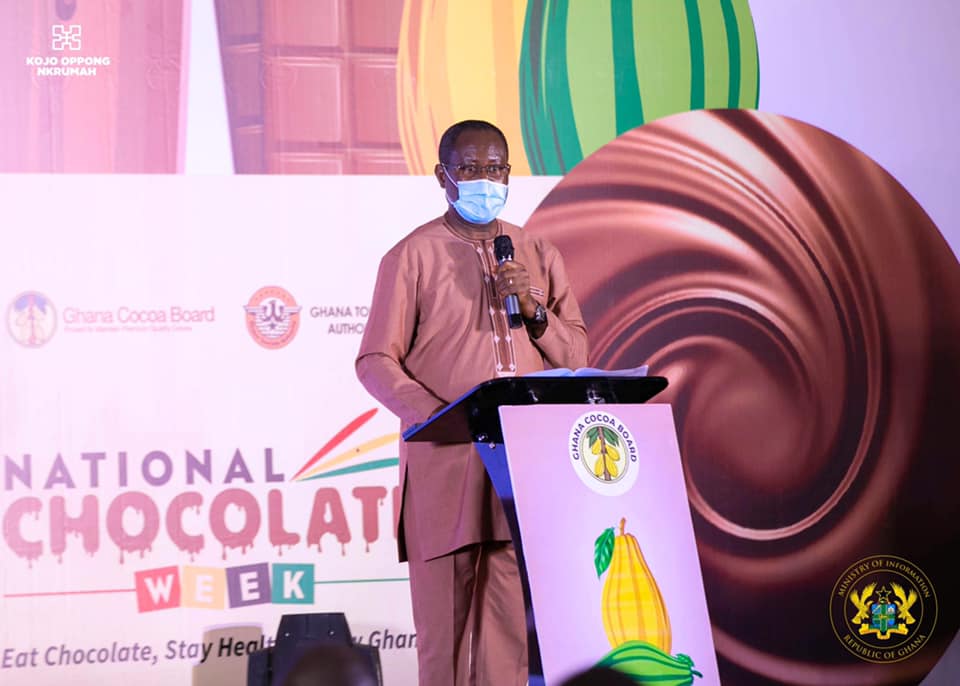 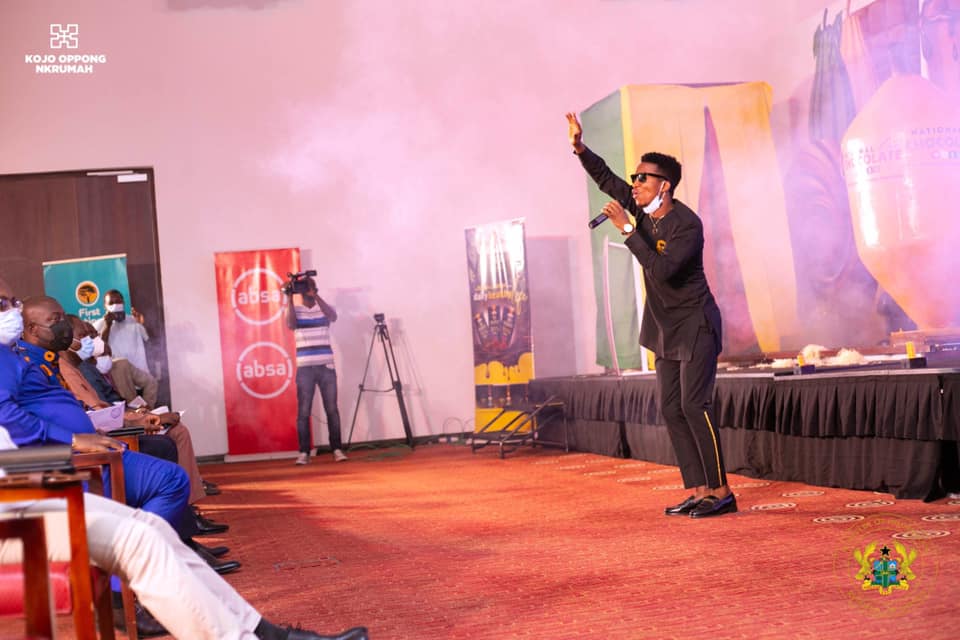