Solidaridad Gets over 10,000 Youth into Cocoa Farming

Solidaridad West Africa, a not for profit organization committed to creating sustainable business livelihoods has trained over 3,500 youth in cocoa cultivation and its supply chain businesses to help sustain the sector.

These were among 10,000 others who have been enrolled to be trained in cocoa farming and allied business on the cocoa supply chain.

The beneficiaries have cultivated over 840 hectares of cocoa across the country under its Next Generation Youth in Cocoa Programme.

The programme also known as MASO, which is aimed at creating employment opportunities by training the youth to become entrepreneurial farmers, and to setup supporting agronomy based businesses, was funded by the Mastercard Foundation and allied partners including Aflatoun International, Ghana Cocoa Board, Fidelity Bank, Ashesi University and Opportunity International Savings and Loans Limited. 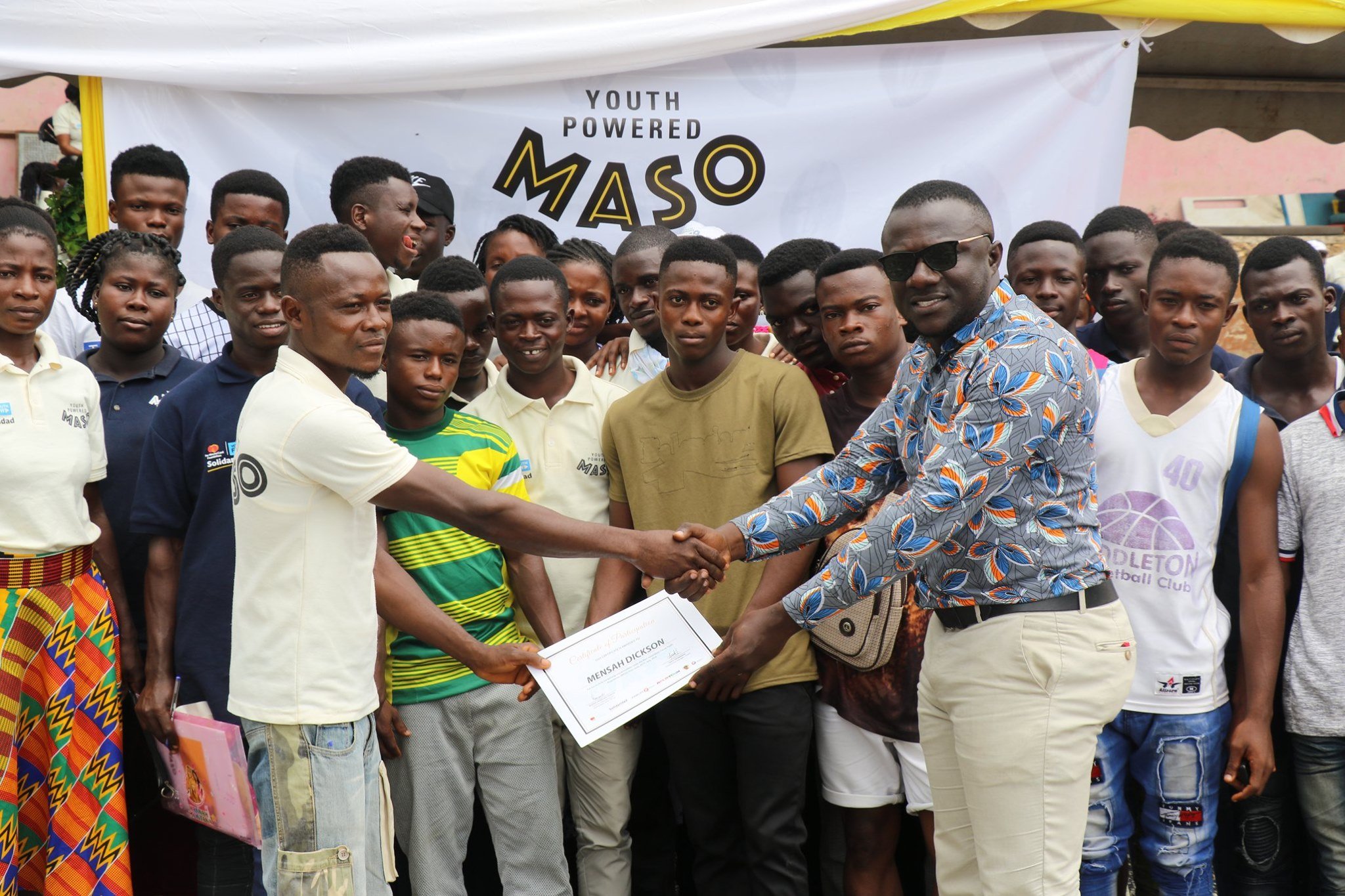 The project is being implemented from 2016 to 20202 in the Central, Western North, Ashanti, Volta, Oti and Ahafo regions.

On Wednesday, 800 of them graduated in their Assin Fosu project area graduated from the training programme.

Beneficiaries who do not have access to land immediately also assist older farmers in maintaining their farms offering services including hand pollination, spraying and pruning.

Mr Philip Kankam, Coordinator of the MASO Cocoa Academy that trains the youth in an address noted the cocoa sector urgently needed an injection of youthful farmers to help keep Ghana’s place as the second highest producer of cocoa.

“In our Assin project area alone beneficiaries have over 300 acres of cocoa under cultivate with other crops inter planted to give them some income while they wait for the cocoa to start fruiting,” he added.

He said many cocoa farmers were getting old with an average age of 55 years. “Many of our cocoa farmers are now old. Their farms are also old. 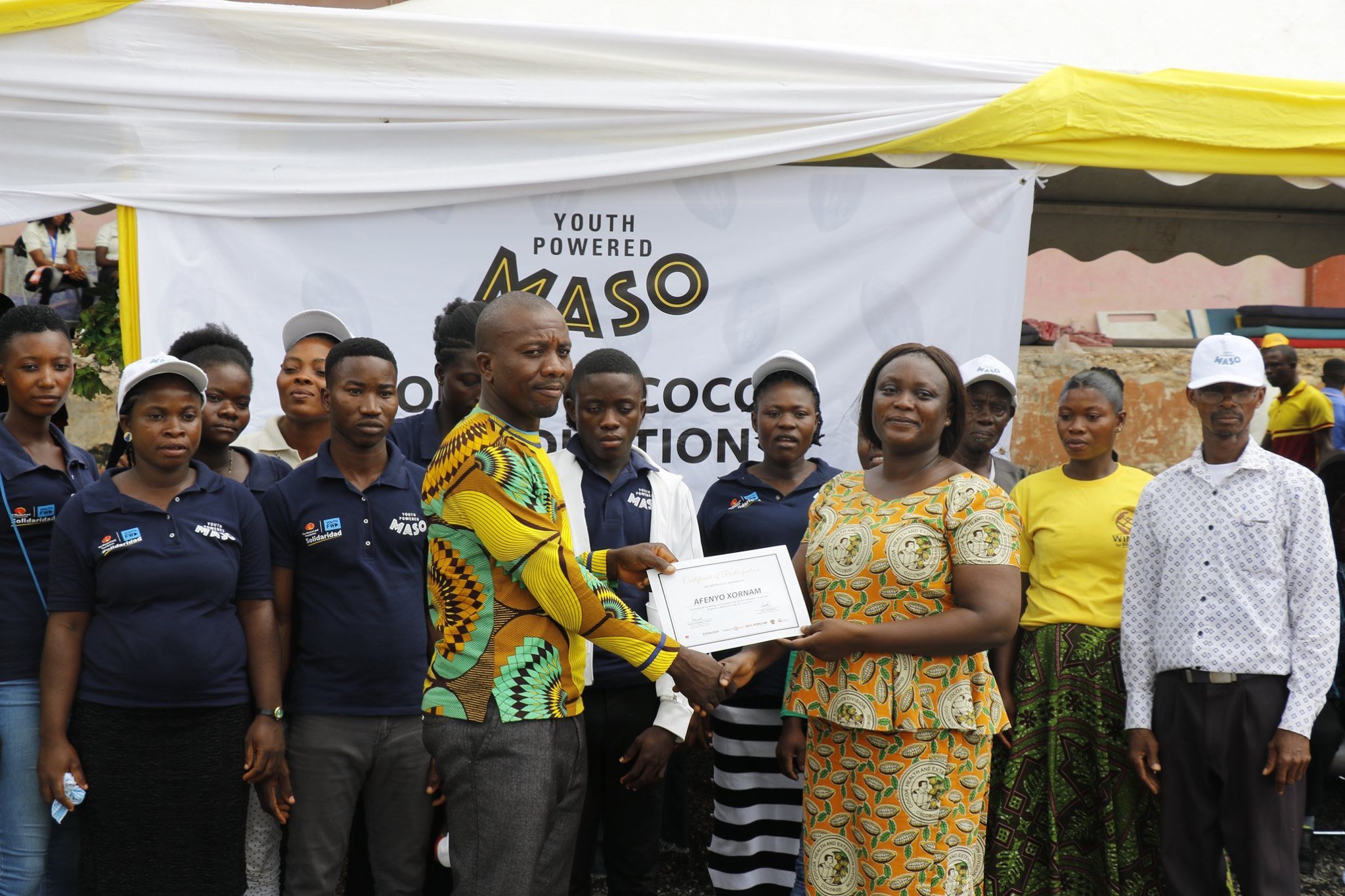 He said the MASO projects had re-energised the many youth to take up farming to have income to better their lives.

He said the programme had also introduced the youth to importance of saving and encouraged them to save and also provided them education of reproductive health to enable them plan their lives and families.

He said it was commendable that the MASO programme was encouraging the youth to take up cocoa farming help increase cocoa production. 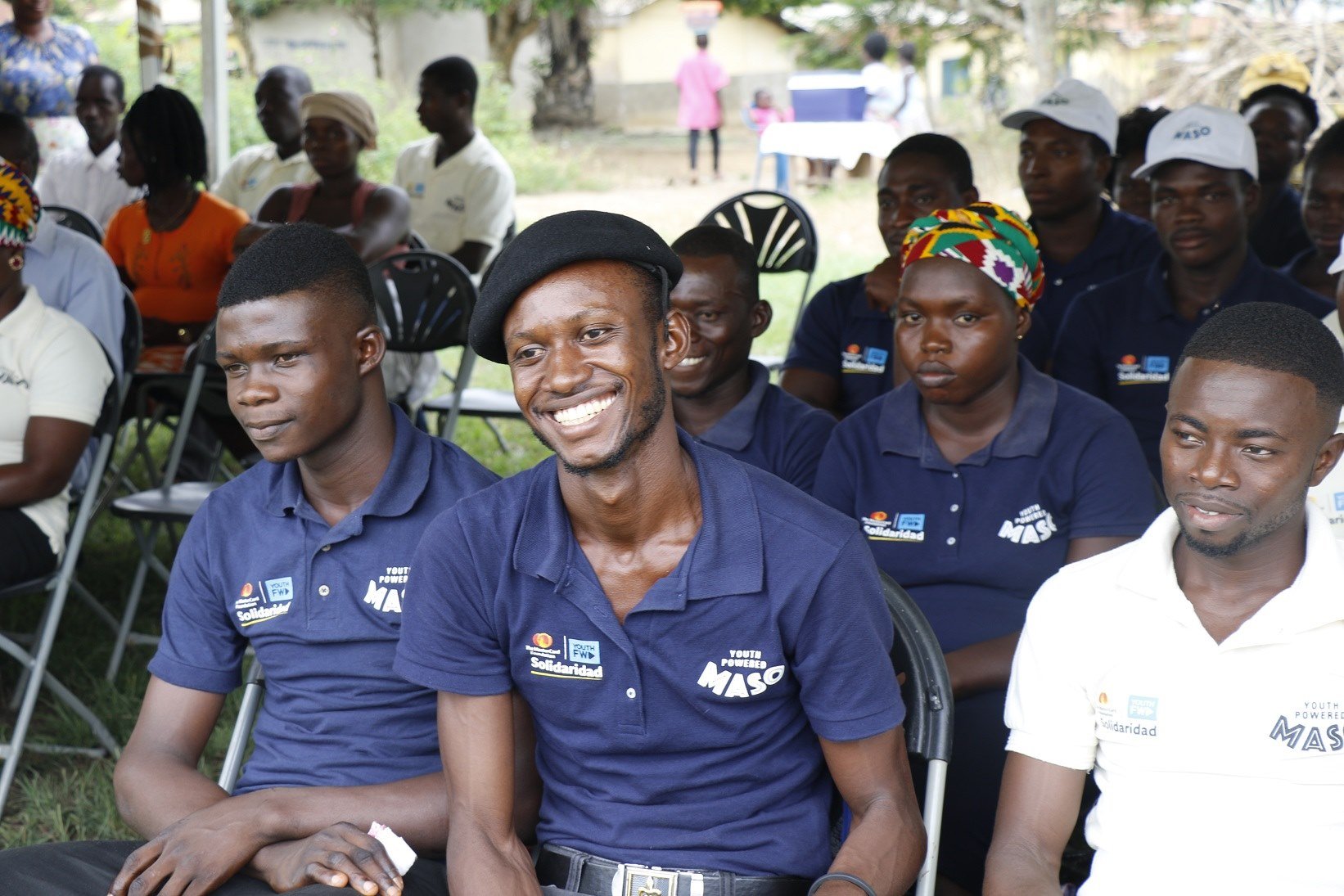 Nana Abu Bonsra of the Afutuakwa Traditional Council who chaired the programme urged the youth to use the knowledge they have acquired to better their lot.

A beneficiary of the programme Mr Francis Danso, said he now had three acres of cocoa and added that the knowledge acquired had made him desert all desires of leaving his community to the city in search of non-existing.