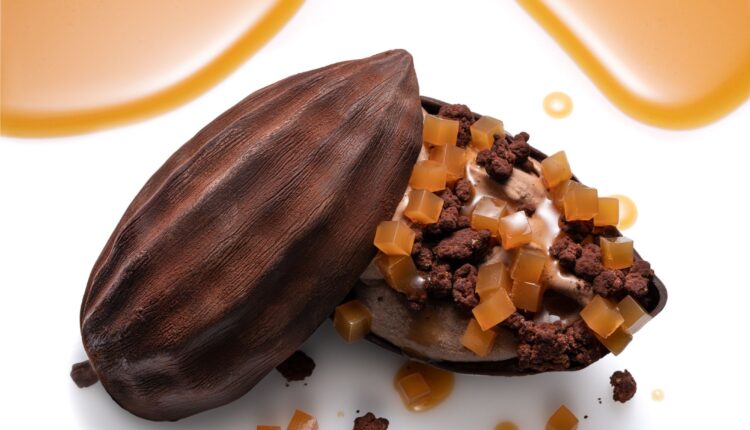 The product, the latest of many derived from Koa’s cocoa pulp juice, comes after several months of research and development.

“We are delighted to announce “Oabika”. The new cocoa fruit juice concentrate was created by French chocolate maker Valrhona in collaboration with Swiss-Ghanaian start-up Koa”, a press release copied to Cocoa Post read in part.

The product is said to have the highest concentration on the food-service market and offers a variety of culinary applications with a sustainable vision.

“Oabika is the very first cocoa fruit juice concentrate at 72° Brix* created especially for the food service. It has the highest concentration on the food service market providing a silky consistency and an amber-coloured appearance,” it said.

“The launch of the new cocoa fruit ingredient marks a milestone for the holistic use of cocoa fruit, but especially for cocoa farmers who benefit from an additional income,” Andrea Werdin, Marketing Director of Koa, said.

According to her, the flavourful ingredient delivers a new experience with a smooth texture and a unique taste, adding that Oabika is an impactful innovation for gastronomy with a sustainable vision.

Werdin observed that besides its fruity and tangy flavour, Oabika surprises through its candied, honey-like notes.

They both state that “Oabika is a magical ingredient that highlights, enhances and balances tastes. It represents an exceptional moment in time, deliciously refreshing, which takes you on a journey deep inside the pod to the heart of a cocoa plantation.”

Valrhona’s website described Oabika as a new material to work with, won from the cocoa tree with a multitude of applications for chefs and artisans, exemplifying the power of a rare and unexpected taste.

After Koa’s success with their cocoa fruit juice and dried cocoa fruit, the new concentrate, elaborated by Valrhona together with Koa, is an innovation that complements the range of cocoa fruit ingredients.

Whether it’s to create new flavour experiences or to demonstrate what sustainable value creation in the cocoa-growing countries really means.

The availability of cocoa fruit concentrate for chefs and other gastronomy professionals signifies a milestone for cocoa fruit valorisation and cocoa farmers.

As the demand for cocoa fruit ingredients grows rapidly, the chances to create a positive impact in the cocoa-growing countries increases at the same time.

Until recently, the pulp that surrounds the cocoa beans couldn’t be processed in cocoa-growing countries due to a lack of infrastructure and technology.

In conventional cocoa processing, only a small part of the white pulp was used for fermentation, the rest was lost.

Koa has found an innovative way to gently process the cocoa fruit in close cooperation with 1,600 smallholders.

“As we make use of the cocoa pulp, we provide smallholders with an additional income and at the same time, we create jobs for the young population in rural Ghana,” Daniel Otu, Operations Director at Koa in Ghana, explains.

For Koa, the cooperation with Valrhona is a success.

Co-Founder and Managing Director Anian Schreiber emphasises: “As a start-up, we’re proud to be cooperating with a highly reputable and well-established chocolate brand as Valrhona who shares our mission of taking responsibility in cocoa-growing countries to the next level.

With the launch of Oabika, we demonstrate how indulgence and responsibility for people and the planet go hand in hand. We encourage others to seek such partnerships to tackle some of the food system’s most pressing challenges together.”

Oabika is set for a worldwide launch from September 2021, including in Europe, Asia, the United States of America and the Middle East.

There Is No Climate Justice Without Fair Trade