Yaw Nkansah took over three acres of the cocoa plantation when his father died five years ago.

He was 25 and a junior high school leaver. Now 30, he has the frame and looks of a man resigned to a hard life.

He hates and loves in equal measure the brown beans that hold him back from joining his peers in Accra.

He dreams of leaving what he describes as “horse-like” life and migrate to Accra where he can at least have tap water, but brown beans are all he has.

One is tied precariously to the back of his rusty bicycle, ready for a journey on a rough, bumpy and dusty road to be sold.

In the past, he could depend on his 10-year-old son to help cart it to the village five kilometres away but the government says it is illegal — child labour.

From this journey, all those in the value chain will demand some good income and for everyone to make a profit, the system dictates that Nkansah — who has little or no brokering power — receives the bare minimum for his bag of beans.

It is the desire to help improve the life of Nkansah and many other people in similar situations that Cocoa Life was born.

It is a way to secure the livelihoods of cocoa families and their communities and ultimately to protect the future of cocoa for the mutual benefit of cocoa producers, consumers and manufacturers.

In Ghana, one woman who has bobbed and weaved through more cocoa farms in the country, perhaps more than anyone else, to capture the fine and horrid details of the lives of cocoa farmers is Mrs Yaa Peprah Amekudzi.

For over a decade now, the tough-talking University of Ghana graduate and Wesley Girls product has been the face behind the Mondelez International’s Cocoa Life Programme, which some years back was known as the Cadbury Cocoa Partnership in Ghana.

On a mission for change
When Mrs Amekudzi joined the programme in 2009, it was a greenfield, “it was as though I had been waiting for this kind of job. What a challenge.” Mrs Amekudzi who grew up in Kumasi, told The  Mirror in an interview.

Even more exciting for her was the fact that she was given a free hand to stitch the programme together in Ghana.

Within a year or so after she started the job that sends her to cocoa farms in Wellington boots and sneakers, the parent company was taken over by Kraft Foods.

Her joy had no boundaries when in her first speech to the combined employees of Kraft Foods and Cadbury, the CEO emphatically announced that the new company will continue with the project.

It was a welcome continuation of the Cadbury Brothers’ vision to ensure that their business imperatives were always combined with sustainable development imperatives.

In 2012, a new company, known as Mondelez International, was created from Kraft Foods and it did not throw away the initiative.

With her work cut out and with the endorsement of her new employers, she set to work.

“When I look back to June 2009 when I made up my mind to resign my very well-paid position at Right To Play, I have no regrets whatsoever,” she said.

Working in the Cocoa Life communities, many of which are so remote that reaching the community members requires walking long distances, Mrs Amekudzi is not perturbed as she enjoys seeing changes in the lives of farmers and their communities.

At Mondelez International, cocoa is the essence of our chocolate and vital to our business, so Cocoa Life ensures it is ‘made right’.

“At Cocoa Life we address these challenges on the ground, working hand in hand with the men and women who make their living from cocoa.

“We focus on where we can make a difference: turning cocoa into a sustainable business, creating inclusive and empowered communities and educating on forest conservation and restoration.”

We are creating a movement for lasting change, rooted in deep understanding, sector-wide collaboration and partnership. 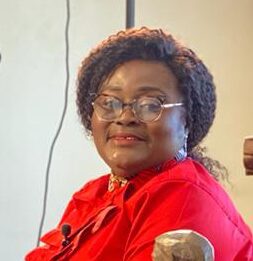 Making reference to the Global Director of Cocoa Life, Cathy Pieters, she pointed out: “Cocoa Life is on a long-term journey to create a vibrant, strong cocoa supply chain while growing opportunities that transform the lives and livelihoods of farmers and their communities. We believe that empowered, thriving cocoa communities are the essential foundation for sustainable cocoa.”

Projections
Having worked almost 11 years in a sector that powers Ghana’s economy, there are things she would want to change.

“There isn’t only one thing that I would like to change in the cocoa sector. There are several, but one of the main things that I would like to do is to shift the narratives about transformational development in communities to not only include sustainability, but also resilience.”

“There are many interventions to ensure the sustainable production of cocoa, but let us not forget that behind the cocoa tree is a farmer; behind that farmer is a family and behind that family is a community made up of people who farm and people who don’t,” she said.

Mrs Amekudzi lamented over the unpredictable climate which disrupts the ample sunshine and rain farmers need for their cocoa.

She, however, believes the future looks good for cocoa production in Ghana, particularly looking at the rate at which some cocoa farmers across ages and genders are embracing innovation in cocoa farming.

“Contrary to what some of the literature out there says, farmers are eager to adopt technologies that would help them be more efficient and effective. We are working with cocoa farmers that have willingly adopted motorised pruners and slashers, as well as motorised sprayers.

“To make the transporting of fermented cocoa beans to the drying mats easier, cocoa farmers are taking advantage of motorised tricycles. Service-providing enterprises have also emerged in many cocoa-growing communities, and these are owned by young entrepreneurs,” she said.

Mrs Amekudzi adds that she is thrilled at how cocoa farming is moving away from the traditional “machete and hoe” type of farming. Agroforestry and intercropping cocoa with food crops are additional interventions that give me confidence in the future of cocoa communities.

“New frontiers, locally and internationally, are opening up for the consumption of cocoa and its products. Though Ghana is not the largest producer of cocoa, we produce the best cocoa.”.

She stated that Mondelez International Cocoa Life, which is operational in six countries —  Ghana, Cote d’Ivoire, India, Indonesia, Brazil, and the Dominican Republic — had made a commitment to source cocoa for all its chocolate brands through Cocoa Life by 2025.

She believes that a sustainable cocoa supply begins with empowered cocoa communities.

Despite her many academic laurels, she jokingly described herself as a school dropout.

“The soul was quite willing at some point to begin a PhD in Public Health but I was unable to combine studying with full-time work. I flunked out of the course and earned another title – School Drop-out”, she beamed.

Touching on how she intends to spend her retirement in future, she stated: “I have four more years before I retire and I am so looking forward to that not because I want to put my feet up and read or watch TV all day long. Yes, I would do that but I look forward to picking up all my hobbies and spending more time on my cocoa farm.

“I am turning my cocoa farm into a modern farm where we process our beans, cocoa husks and all into consumables.  But before then, in the next four years, I hope I can continue to be an authentic voice of reference on resilient and sustainable cocoa communities,” she added with a smile.