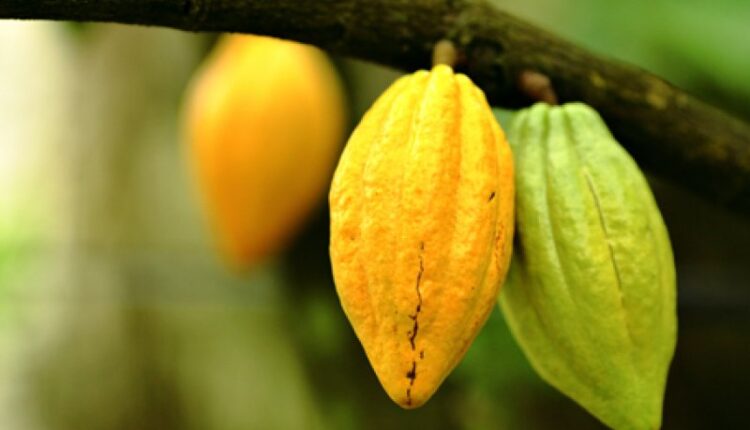 The World Cocoa Foundation (WCF) is advocating efforts for early detection of the Cocoa Swollen Shoot Virus Disease (CSSVD) as part of an integrated approach to combating its adverse impact.

According to WCF, “early detection, both in planting material, before seedlings reach farms and on existing trees before symptoms occur” is very crucial.

It believes this would help in identification, management, cutting out of infected farms, replanting, and diversification.

WCF, a trade group of cocoa producers, suppliers and chocolate industries, says it created an early detection tool to be deployed in Côte d’Ivoire through its CocoaAction strategy in collaboration with public and private sector partners.

“This early detection tool combines real-time polymerase chain reaction (PCR) and DNA-based genetic testing (a plant is declared diseased if the DNA of the virus is present)”, a WCF blog explained.

The procedure involves picking and screening samples in the field with a handheld PCR device, while a few other samples are sent to a specialized laboratory for DNA testing.

WCF said the process requires a robust sampling protocol for farms and nurseries to ensure proper analysis of the disease presence and its spread.

“WCF is coordinating a regional program supported by the governments of Cameroon, Côte d’Ivoire, Ghana, Nigeria, and Togo, development partners, and the private sector to make a concerted effort to fight the disease and its spread”, the blog observed.

More than two million smallholder farmers and an additional 10 million people in West and Central Africa relying on cocoa as their main source of income or part of their livelihoods.

That explains why a healthy and sustainable cocoa industry means an opportunity for economic growth and poverty alleviation in the region.

But a major threat to the sustainability of the sector is the devastating cocoa swollen shoot disease, said to be spreading at a rapid rate in Togo, Côte d’Ivoire, Ghana and Nigeria.

For WCF its early detection tool has the “potential to safeguard the livelihoods of millions of farmers in the region.”

According to field reports, the Cocoa Swollen Shoot Virus is more prevalent in full sun or open canopy cocoa systems, as buttressed by studies in Côte d’Ivoire and Ghana, suggesting that tree diversification may offer some protection for the farm.

“WCF and member companies will continue to evaluate whether cocoa farmers should deploy agroforestry practices that involve planting a diversity of tree species with cocoa and barrier crops to prevent their farms from being infected by the virus”, it assured.

The foundation further noted evidence abounds to the effect that cocoa agroforestry systems using at least 50% shade cover may be an optimal coping strategy for minimizing CSSVD susceptibility while also maintaining a reasonable yield.

It warned, however, that any agroforestry recommendation needs to be balanced with other considerations such as official agricultural extension support, good agricultural practices, the condition of the farm and the wider landscape.

While CSSV-resistant planting materials do not exist yet, work is ongoing to identify and breed traits from varieties showing tolerance potential.

Ghana and Côte d’Ivoire have since 2018 been collaborating in a joint effort to root out the CSSVD from their jurisdiction.

Officials have likened the threat posed by the disease to natural disasters like tsunami and earthquake, appealing to cocoa farmers to cooperate with experts to eradicate it.

The Ghanaian government has since invested an estimated US$33 million to replace 22,850 hectares of infected cocoa farms across the country involving cutting and replanting farms and payment of compensation to affected farmers.

“Côte d’Ivoire will cut more than 100,000ha of infected cocoa farms in the next three years, which will cost an estimated US$19 million”, WCF said.

There is no data on CSSVD prevalence in other cocoa-growing West African countries, but Cameroon is expected to be soon affected.

Cocoa Swollen Shoot Virus is a plant virus that attacks all stages of the plant, from seedlings to young and mature trees, and is responsible for the CSSV Disease.

Endemic to West Africa, CSSV was first recorded in 1936 in Ghana and, within 7 months, an area of about 500km2 was described as “devastated”.

It is known to be transmitted by the mealybugs insects when they feed on cocoa plants. Scientists suspect that some forest tree species may harbour the virus.

Several strains of the virus have been identified suggesting that viral mutation may be occurring.

There is no cure for the disease, thus infected trees are only treated by cutting down entire farms and replanting.