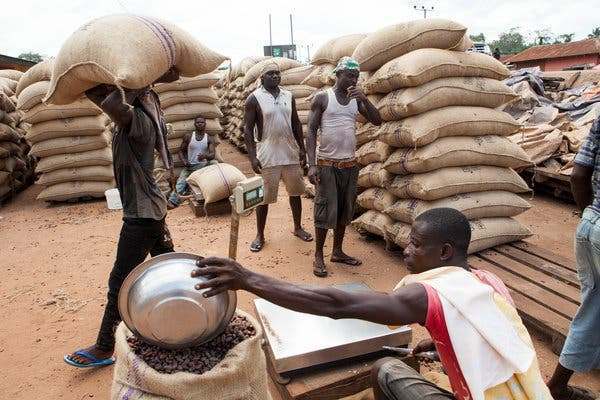 Cocoa traders or the LBCs through their local association filed a court injunction halting the broadcast of the investigative report, which was scheduled for first publication in February 2018.

The documentary titled “Missing Kilos”, according to the Multimedia Group’s Joy News, reveals “pervasive theft of cocoa beans” by some licenced buying companies.

Missing Kilos is said to detail how officials of some state and privately-owned cocoa trading firms adjust weighing scales to cheat cocoa farmers, stealing much as 100 kilogrammes of cocoa beans from a single farmer.

The cocoa traders association is reported to have argued to the courts that the “airing of the documentary will cause them irreparable damage.”

The three-member panel presided over by Dennis Adjei ruled the association’s demand “unmeritorious”.

This is the second time the Multimedia Group is receiving a court clearance to broadcast the investigative documentary.

In May 2018, an Accra High Court gave the media giant the green light to air the documentary produced by journalist Kwetey Nartey.

But lawyers for the Association appeal the Court’s decision. And also went as far as the Apex court of Ghana with another application to quash the High Court ruling over lack of jurisdiction, but failed.

Attorney for the media firm, Roselyne Kaledzi, told the court to that the said the findings of the documentary are of national interest and should not be blocked.

The court then moved to dismiss the Association’s injunction and awarded a cost of ¢2,000 against them.

In February this year, Ghana’s cocoa regulator – COCOBOD – directed all licensed buying companies (LBCs) to use electronic weighing scales in the purchase of cocoa beans effective in October.

The policy move was to help clear wanton allegations and suspicions of cheating perpetrated by cocoa purchasing companies, particularly purchasing clerks, who are said to adjust analogue weighing scales to cheat cocoa farmers.

Speaking at a national stakeholder dialogue on cocoa farm gate pricing and income of cocoa farmers in Accra, a deputy Chief Executive of Ghana Cocoa Board, Dr Emmanuel Opoku, said the electronic weighing scales would be procured by the LBCs, adding that the board was taking every necessary step to protect the interest of cocoa farmers.