Dr. Agyemang Dwomoh made the observation when he toured all the eleven districts of the Western South Cocoa region to inspect the progress of work on the exercise and to interact with the pruning volunteers and farmers.

He described the work done so far by the volunteers using motorized pruners on cocoa farms as novel and a major step in ridding cocoa farms of mistletoes and excessive canopies which are inimical to maintaining good cocoa health.

‘When we remove excess branches, canopies and parasitic plants, it results in aeration of the farms and improves penetration of sunlight to induce flower formation for high yield’, the deputy CE explained.

He added that maintaining same farm sizes without expanding them which is referred to as vertical progression, and rather observing Good Agronomic Practices (GAPs), of which pruning is key, increases yields. 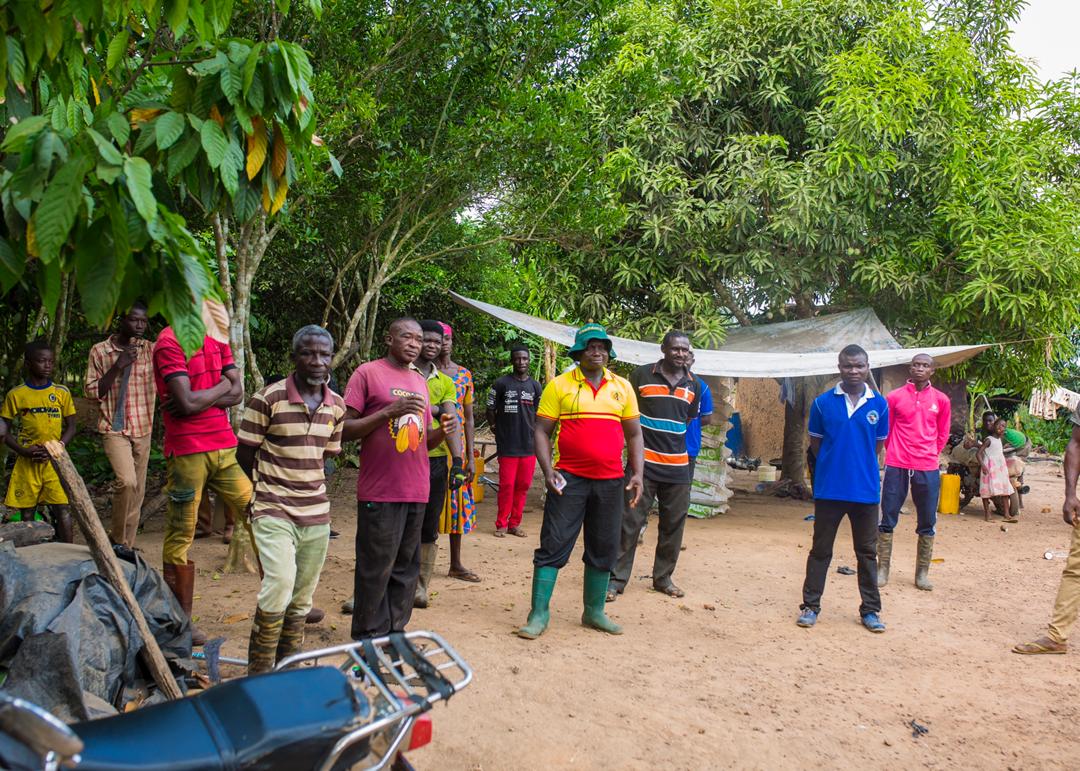 He noted that some farmers increased their yields from 3 bags per acre to as much as 13 bags on the same piece of land having effectively done pruning and implemented the associated cultural practices.

In addition, COCOBOD is providing fuel for the operation of the machines. He entreated all farmers to join farmer co-operatives in order to access these machines and other cocoa farm inputs.

Dr. Dwomoh implored the farmers to consider cocoa farming ventures as a business so as to attach the necessary importance and make investments into them for sustainability and profitability.

The COCOBOD agronomy and quality assurance chief also intimated government was particularly interested in cocoa farming and was ready to buy all cocoa beans produced by farmers.

Nana Johnson Mensah, Western South Regional Chief Farmer and member of the Board of Directors for COCOBOD who accompanied Dr. Dwomoh and his team on the tour, encouraged cocoa farmers to handle the motorized pruners/slashers provided by COCOBOD according to the operating manual to make the machines last.

‘Find means of buying some of the machines on your own to augment what has been provided to enhance your work’, he said.

Describing COCOBOD’s efforts at creating a database of farmers in order to serve them better, Dr. Emmanuel Nii Tackie-Otoo, Executive Director of Cocoa and Extension Division (CHED) stated that a new programme called the Cocoa Management System (CMS) is being rolled out.

The system when completed will offer detailed information on cocoa farmers and would make way for easy planning and offering support to them. 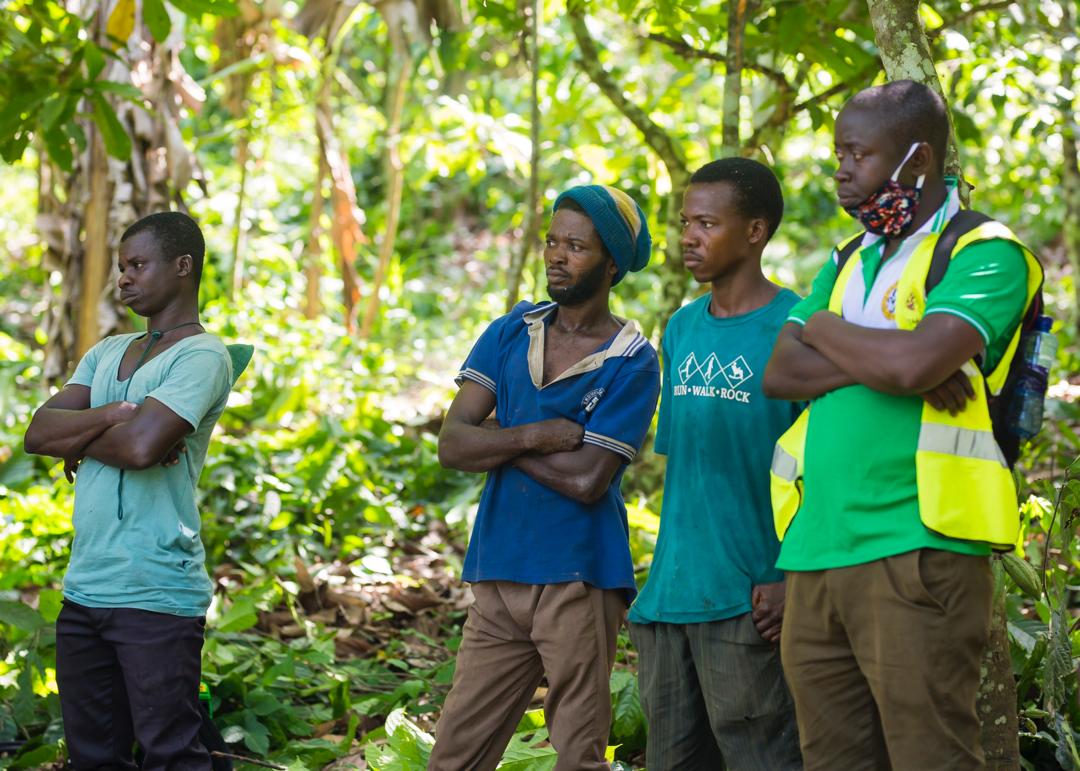 Dr. Tackie-Otoo encouraged farmers to provide accurate information to officials who come to conduct the exercise to ensure that information gathered would be a true reflection of the farmers’ background.

‘This system will eliminate many of your challenges as cocoa farmers and save you the risk of being attacked when suspected of keeping huge sums of money after cocoa sales with the use of electronic payment system’, adding that, ‘this will enhance COCOBOD’s dealings with farmers and other cocoa stakeholders’.

He further advised the farmers to fully observe the safety protocols of coronavirus in the discharge of their duties to prevent being infected. He said constant washing of hands with soap under running water was key as well as maintaining social distancing when undertaking any of their activities such as pod breaking which is communal.

Mr. Samuel Asare Ankamah, Western South Regional Manager of CHED who conducted Dr. Agyemang Dwomoh and his team round called on the District Officers and Community Extension Agents (CEAs) to constantly interact with their farmers according to laid down procedures to address farmers concerns promptly or report to the regional office to for redress.