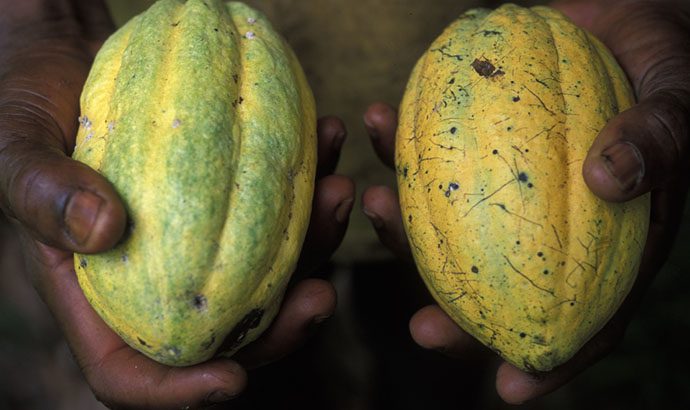 The International Cocoa Initiative (ICI) has reported a sharp increase in the incidence of children identified as carrying out hazardous work on cocoa farms in Ivory Coast.

Data from the cocoa sector child labour monitoring organisation suggested a sudden rise in cases from 16% to 19% during the West African nation’s partial COVID19 lockdown.

The figure which represents 21.5 percentage increase results from ICI’s Child Labour Monitoring and Remediation Systems (CLMRS) data gathered from 263 cocoa-growing communities between March 17 and May 15, 2020.

“Results of the analysis show a 21.5% increase in child labour identification, compared to the same period in previous years”, according to the report.

Too Early To Draw A Definite Conclusion?

The ICI said, “the rise in hazardous child labour is concerning,” but cautioned, however, it may be too early to attribute the full impact to the partial COVID19 lockdown.

“In the coming months, it will be important to use longer time series data, including from after the lifting of the partial lockdown, as well as more refined econometric tools, to understand to what degree this rise can be attributed to the Covid-19 pandemic and measures taken to control it.”

ICI says its Community Facilitators, many of whom are members of cocoa-growing communities gathered the information to identify cases of child labour through interviews with families and children.

It said although the COVID19 lockdown restricted some of ICI’s work, monitoring visits continued in communities where facilitators were already present while respecting social distancing guidelines.

A total of 1,443 households within 263 communities were visited and 3,223 children interviewed during the partial lockdown.

This unique system and structure has enabled ICI to better understand the changes happening on the ground at this unprecedented time.

The International Cocoa Initiative hazards that “the rise in child labour cases could be due to the closure of schools, restrictions on movement resulting in lower availability of adult labour, an economic downturn impacting cocoa-growing farmers, or a combination of these and other factors.”

The anti-child labour agency also reported that, a separate telephone survey conducted with 515 cocoa producers in Ivory Coast between 2 to 9 June found that over half of respondents reported a decrease in household income since partial lockdown began in March.

A recently published review of evidence on the impact of changes in smallholder farmers’ income on child labour also showed that negative income shocks generally tend to increase child labour.

The International Cocoa Initiative recently reported great gains in the fight against child labour in West Africa, encouraging urgent action in the total elimination of the regretful phenomenon.

The body insisted that findings like the adverse impact of the COVID19 pandemic highlight the vulnerability of cocoa-growing households in West Africa and show how quickly progress in addressing child labour can potentially be reversed.

“Given the rapidly evolving situation in Côte d’Ivoire, stakeholders in the cocoa sector should consider taking additional action to address the negative impacts of the crisis on cocoa households and their children,” the report concludes.

How Much Do You Know About Cocoa? #CocoaChallenge