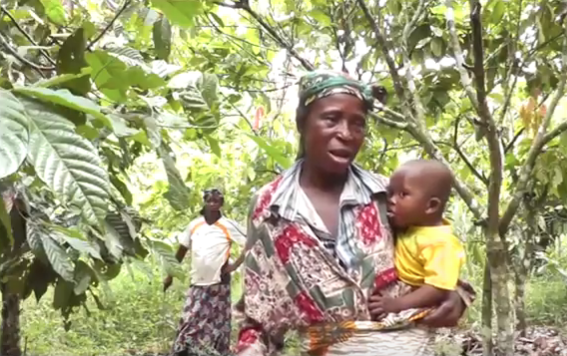 The Centre for Development Studies (CDS) at the University of Bath, United Kingdom, presents a film examining the impact of Fairtrade initiatives on women cocoa farmers in Ghana.

The over 17-minutes documentary by Dr Roy Maconachie of CDS depicts the significant challenges which remain in promoting greater gender equality in agriculture.

Drawing on the CDS research carried out in Ghana over the summer of 2015 with support from the British Academy, the film documents the enormous contributions made by women to the production and supply of cocoa, yet the fact that their role often remains under-valued and, in some cases, un-recognised.

It suggests that whilst women cocoa farmers contribute significantly to cocoa production, access to land, capital and markets often remains the preserve of men, substantially limiting women’s ability to reap the financial rewards of their efforts.

More should be done, the film suggests, to highlight the fundamental role women are playing, to raise awareness of the issue and to incentivise through Fairtrade certification.

Cocoa production has been the mainstay of the Ghanaian economy for the past century. The country is now the world’s second-largest cocoa producer, with its exports accounting for around 20 per cent of the global market.
Despite this, the cocoa industry has remained a largely informal one supported by some 700,000 small-scale farmers.
Up to 70 per cent of cocoa farmers are thought to be women, yet to date, little research has explored their specific contributions or the gendered impacts of Fairtrade.
Dr Maconachie of the Department of Social & Policy Sciences explains: “Women play an absolutely fundamental role in cocoa production in Ghana, and yet this has all too often been overlooked, undervalued or even unrecognised.

“As is evident from fieldwork in Ghana, Fairtrade is having a positive impact on some women farmers but specific challenges remain, which relate mostly to entrenched gendered divisions in societies. And whilst Fairtrade certification was not initially designed to address these kinds of issues, this is now one of its key principles.

“From the latest research, it is apparent that a change to deep-seated structures that reinforce gendered social norms and the gendered division of labour in agriculture will take time. But an increased awareness of these issues will help to ensure that the criteria of Fairtrade certification matches up with local realities of rural life in sub-Saharan Africa, opening up the door to more equitable and sustainable rural livelihoods for women.”

Kwame Banson, Member and Partnership Manager of Fairtrade Africa who is featured in the film, adds: “One of the recurring, important themes in Fairtrade, when we try to measure impact, is to look at the issue of gender to ensure that women and men get equality in responsibilities and in the sharing of benefits.”