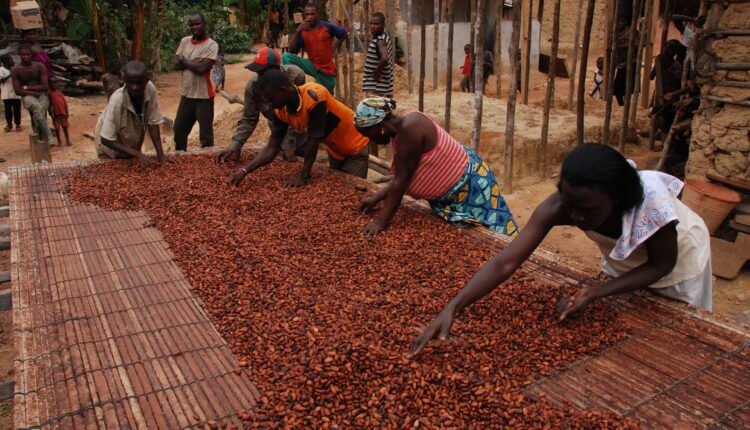 Ghana is said to be paying as much as $400 million yearly in cocoa producer price subsidies following a sustained assault on the international market price for the commodity.

The country in September 2020 announced an unprecedented 28 percent hike in its farmgate price for the key chocolate ingredient ahead of the 2020/21 cocoa season.

The price increase was largely on the back of the introduction of the historic Living Income Differential (LID) price mechanism that received an additional $400 per tonne of cocoa from Ghana and Cote d’Ivoire.

The LID, proposed by Ghana and Cote d’Ivoire, was accepted by cocoa buyers and chocolate companies as a measure to afford decent incomes to cocoa farmers, but its implementation has faced resistance.

The Chief Executive of Ghana Cocoa Board, Joseph Boahen Aidoo, recently revealed that “the whole idea of Living Income Differential has more or less become a mirage.”

According to him, although there is evidence that industry is honouring the LID, it has at the same whittled down its intended impact by heavily discounting the origin premium component of the price of Ghana cocoa.

“The point is that once the origin is discounted it becomes difficult for Ghana and Cote d’Ivoire to make enough to pay our farmers,” he confessed.

Reuters reported early on in May that the origin premium, which is paid on bean quality, has has fallen to around minus $155 per tonne in Ivory coast and minus $125 in Ghana from around $300 and $200 respectively.

This challenge, coupled with a sustained tumbling of cocoa prices on the international market, the Cocobod boss noted has brought untold pressure on the regulator and government to do more to maintain the prevailing cocoa producer price of GHS660 per bag.

“So we subsidise; In 2019 Ghana subsided the producer price of cocoa to the tune of $200 million per annum. And currently subsiding to about $400 million a year to enable cocoa farmers stay on course,” Boahen Aidoo revealed.

He said the move despite being tough on the country was extremely necessary to ensure that cocoa farmers continue to hold on to the sector, especially in the face of fierce competition.

“We have a situation in Ghana whereby illegal mining is competing seriously with the cocoa industry. And therefore, when prices fall there is that tendency for farmers to dispose of their land and give them to illegal miners,” the Ghana cocoa chief regretted.

“So when you have all this competition taking place and the price of cocoa which was around $3000 in 2016, just to fall in the range of $2000 per tonne, definitely it becomes a disincentive for farmers to continue to be in the cocoa industry,” he said.