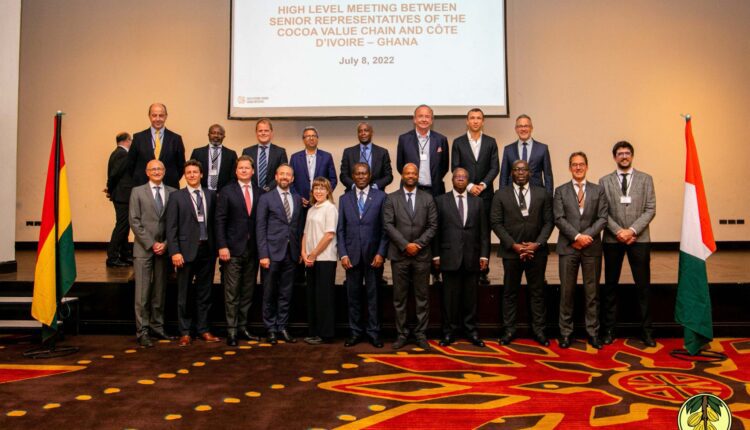 Major cocoa buyers have agreed to pay a premium and back a price floor on cocoa sold by Ivory Coast and Ghana as part of an agreement reached on Friday to combat poverty among farmers.

Cocoa industry players will back a fixed “living income differential” (LID) of $400 a tonne on all cocoa contracts sold by Ivory Coast or Ghana, the global top two cocoa producers.

Buyers will also pay a country premium that will enable cocoa regulators in both countries to reach a target floor price of $2,600 per tonne which should allow farmers to earn a minimum of 70% of the target floor price.

Both countries have struggled to achieve that price target, prompting the Cote d’Ivoire-Ghana Cocoa Initiative (CIGCI) to work with the industry on a price mechanism.

“Companies in the cocoa value chain have met with the governments of Cote d’Ivoire and Ghana to renew support for the LID as a starting point towards the pathway to achieving living incomes for farmers,” the CIGCI and both countries’ cocoa regulators said in a joint statement.

“What we have signed for today is a better remuneration for planters,” De Boussac said.

“The aim of the pact is to allow all actors in the cocoa value chain to play their role and respect their engagements,” he said.