The German Initiative on Sustainable Cocoa (GISCO) has held its 10th Annual General Meeting in Berlin on the topic ‘Human Rights Due Diligence in the Cocoa Sector: Working Together for Better Living Conditions for Cocoa Farmers.’

The theme brings into sharp focus the European Union’s proposed legislation to enforce a continent-wide directive on corporate due diligence for sustainability in the cocoa sector among others.

GISCO members and industry experts assembling at the function in the German capital were expected to deliberate on the opportunities and challenges the draft law presents.

The EU says it hopes per the law to stem human rights abuses, deforestation and forest degradation in commodity value chains linked to European businesses.

Although receiving acceptance by companies and groups, the proposed law has been criticised for zero measures to address root concerns relative to smallholder cocoa farmers.

For example, the Fair Trade Advocacy Office (FTAO) has proposed that a just human rights and environmental due diligence law must address issues of purchasing practices in EU companies and aim at living wages and incomes for farmers.

The Voice Network, a group of NGOs and trade unions tackling sustainability in cocoa has said cocoa will be unsustainable without living income for farmers.

Such were the issues that held the centrestage of discussions at GISCO’s Sustainable Cocoa Forum, where over 90 members and guests participated, in-person and virtually.

GISCO is a joint initiative of the Federal Government of Germany, represented by the Ministry of Economic Cooperation and Development (BMZ) and the Ministry of Food and Agriculture (BMEL), the German sweets and confectionery industry, the German retail grocery trade, and civil society.
In a statement published via its LinkedIn channel, GISCO identified working towards improvement in the living conditions of cocoa farmers as its objective.
“Jointly, the multi-stakeholder initiative aims to improve the living conditions of cocoa farmers and their families and to contribute to a secure living as well as to conserve and protect natural resources and biodiversity in cocoa [production] along with increasing cultivation and commercialization of sustainably produced cocoa,” is said.

The organisation further explained that “to achieve these objectives, the members of GISCO closely liaise with the governments of cocoa-producing countries” to tackle challenges facing

“Would like to thank all members, friends and partners for their expert contribution to this event and the close cooperation over the past year,” the statement concluded.

Now in its tenth year, GISCO which is presently headed by Beate Weiskopf, as the Executive Secretary, held its inaugural meeting on 13 June 2012 in Berlin. 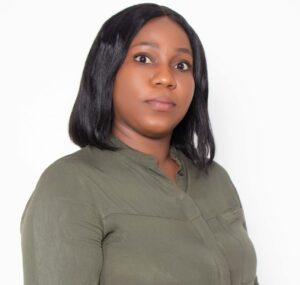 Amanda Hayford
Amanda is a communications professional with experience in broadcast journalism, public relations and hospitality management. She is a volunteer contributor for Cocoa Post.