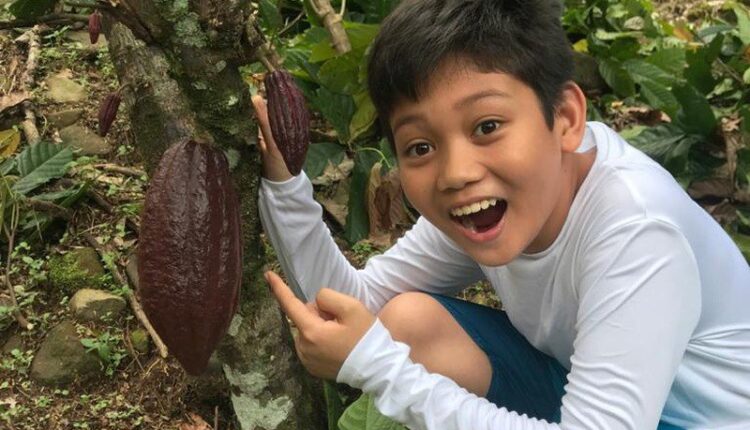 An 11-year-old Malaysian boy is touching the lives of the country’s cocoa farmers in the Sabah State with his chocolate manufacturing social enterprise.

The baby-faced chocolate maker, Armand Idrizam, is the founder of Koko Loko, a cocoa-based snack business that purchases cocoa from smallholder farmers in Sabah so they can gain extra income.

The boy told FMT that he persuaded his mother, Nina Othman, to allow him to start a business of his own as he wanted to be able to buy things for his family and himself.

“I tagged along on one of my mum’s work trips where we arrived at Tambatuon Village and met a whole bunch of cocoa farmers,” said Idrizam.

He then had the idea of purchasing cocoa from the farmers and experimenting with it to make chocolaty treats.

Armand has clearly inherited his entrepreneurial spirit from Nina, a social entrepreneur herself, who helps promote the livelihood of struggling Sabahan farmers and artisans.

“We worked with the Sabah Society for the Deaf because, at first, we did not possess huge ovens required for chocolate-making. This was a way to help them earn some income,” he said.

After the smashing success of one of its first products, Cocoa Granola, Koko Loko moved on to making breakfast spreads.

“I wanted to come up with a spread because I have very fond memories of eating peanut butter with chocolate swirls or jam,” Armand shared.

Early this year, Armand decided he wanted to introduce the whole of Malaysia to his chocolate business.

To make this happen, he needed a separate location where the goods could be made. What about a mini factory?

Pouncing on his mother’s suggestion, Armand began crowdfunding for the capital and successfully raised more than the intended amount in less than a month – a whopping RM26,655 (US$6400).

The “Do Good, Eat Chocolate” factory has since been set up in Kinarut, about 20km away from Kota Kinabalu, where Armand and his family members have been busy adding value to Malaysian cocoa. 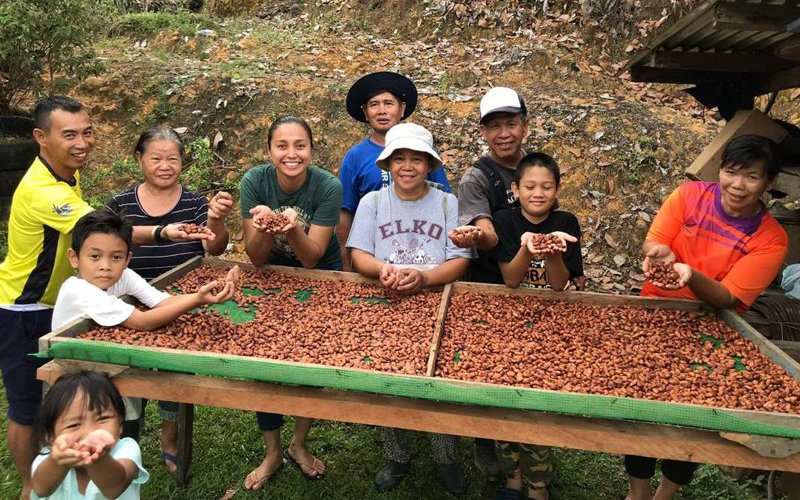 Their Malaysian cocoa nibs come in three varieties – original, sweet and salty, and sweet and spicy.

“We also make 60% and 70% dark chocolate cocoa bricks that can be used for melting, baking, or even making a nice hot chocolate drink,” Armand added.

For Ramadan they came up with Iftar Bites, an assortment of nine handcrafted desserts using premium ingredients, cocoa nibs and dark chocolate.

Despite being busy at the factory and coming up with new products, Armand has no trouble juggling life as a student with chocolate making.

“I usually settle my homework and school meetings by noon. All my extra time, weekends and school holidays are spent in the factory.”

The enterprising Malaysian boy has big plans for the future of Koko Loko. Among them is to hire those who are struggling to earn a living due to the pandemic, and teach them how to make cocoa-based treats.

“Armand also came up with the idea that 20% of profits should go to Green the Earth projects like tree planting, coral propagation and mangrove conservation,” says the proud mother of three.

In case you were wondering, Armand has seen the movie “Charlie and the Chocolate Factory” no fewer than five times and aspires to be a full-time chocolatier, just like Willy Wonka, someday. No doubt he’s already on his way there.