How Young Entrepreneurs Can Tap Into The USD100 Billion Cocoa Sector 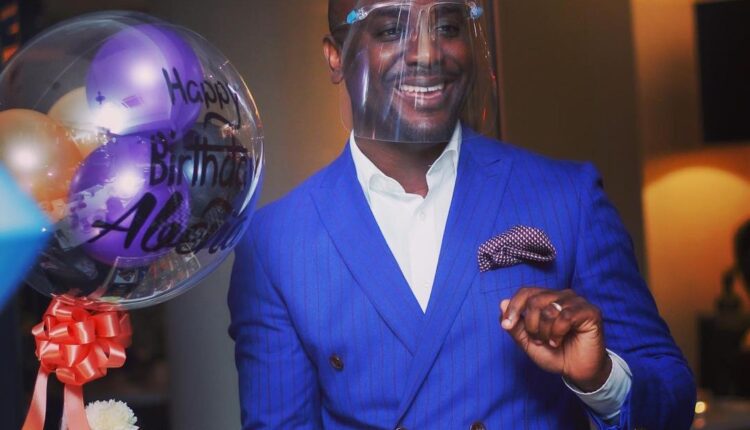 Ghana is the world’s second-largest cocoa-producing country with Nigeria being the biggest consumer of Ghana’s chocolate according to Yofi Grant, CEO of Ghana Investment Promotion Centre (GIPC). Cote d’Ivoire claims the number one spot as the world’s largest producer of cocoa.

The crop was first introduced into Ghana by Tetteh Quarshie in 1870 and according to Yofi Grant, “between 1890 and 1911 the crop developed into a major export commodity” in the country. Thereafter, there are numerous opportunities that cocoa offers to the Ghanaian citizenry, especially in business.

The importance of cocoa to Ghana’s economy cannot be downplayed. Cocoa contributes about 30% of total export earnings and about 3.7% to agricultural GPD in the country. Cocoa directly employs some 1 million people that is, those involved in its primary activities such as planting and harvesting of cocoa beans. This is according to figures from Ghana Investment Promotion Council (GIPC).

For decades, proceeds from cocoa have funded education in Ghana, and the industry is a source of income to a majority of the rural population. There however remains massive untapped opportunities in cocoa in Ghana, which young entrepreneurs can pursue.

Speaking at this year’s Ghana Cocoa Awards held at the Kempinski Hotel Gold Coast City on Saturday, 14 November 2020, Yofi Grant, CEO of GIPC said Ghana together with Cote d’Ivoire account for over 60% of global cocoa bean production. In the 2017 and 2018 crop year, Ghana produced over 1 million metric tonnes of cocoa which represented a near increase of 62% of the crop year figure of about 632,037 metric tonnes.

Despite the huge tons of cocoa that is produced in the county, Yofi Grant expressed his dismay at the country’s ability to only export a total of US$13.4 million worth of chocolate and other cocoa related products to the world.

“This tells us that there is something, there is some anomaly somewhere that we haven’t in the past taken into consideration,” Yoofi Grant said.
“Tossing these bits of data in my head tells me there’s a certain unique opportunity that we haven’t as yet exploited,” he further added.

Yofi Grant also expressed his dissatisfaction with Ghana holding its world ranking as the second-largest producer of cocoa bean given its 12th ranking in the global export of cocoa powder in 2019.

As of 2018, Ghana has an untapped supply potential of cocoa paste at US$372 million and that of cocoa bean at US$2.1 billion.

“These numbers tell us we are sitting on a product that despite being the mainstay of the economy has a huge and immense potential which we haven’t as yet actualized,” Yofi Grant said.
“Moreover, given the largest single cocoa farm of not larger than 120 acres and the average farm size of some 3 acres the industry has a lot of players but its potential remains not fully tapped”, according to Yofi Grant.

Ghana’s Cocoa industry holds massive opportunities for entrepreneurs looking to brave the storms, and make a difference in this promising industry.

At the same event, the CEO of Cocobod, Joseph Boahen Aidoo, revealed that the cocoa supply chain is worth more than US$100 billion. Despite Ghana and Cote d’Ivoire cumulatively accounting for over 60% of global cocoa bean production, Joseph Boahen Aidoo says both countries together earn less than 5% out of the US$100 billion. This is due to the lack of enough value added to the cocoa bean.

“The actual worth of cocoa is found in the secondary and tertiary levels of the product within the value chain,” he said.
“When cocoa is processed, then value is added, that is where the money is,” he further said.

He envisions the day where the streets in Accra will be blocked on Chocolate Day for young entrepreneurs to showcase their skills in cocoa value addition, and young graduates transform the cocoa bean into valuable products and sold to restaurant chains and hotels. He throws the challenge to young and aspiring entrepreneurs to take advantage of opportunities cocoa offers, to grab their piece of the almost US100billion worth of the global cocoa value chain

To name three, Decorkraft, fairafric, and Ohene Cocoa are some pacesetters in cocoa value chain businesses. Having successfully braved the odds, these businesses add value to cocoa by processing to sell to the local and international markets.

According to Joseph Boahen Aidoo, Europe and America are currently not a lucrative market for cocoa. They are consuming less chocolate not because of cocoa, but because of the sugar content. This is as a result of the ageing population in those regions. The current median age of the population in Europe is 43 and that of the UK is 40.

Asia, particularly China, on the other hand, provides a suitable target market for value added cocoa products. There are “over 700 million people in China who are moving into the middle class” and their lifestyle changes are causing the demand for chocolate to rise. Besides, China has a median age of 32 years. Joseph Boahen also recommends India as a favourable target market for young entrepreneurs who may enter Ghana’s cocoa industry.

Africa, however, holds the greatest potential for markets in value added cocoa products. An opportunity that must not be overlooked by upcoming and young entrepreneurs.

“In 15-20 years time, the centre for cocoa consumption will be Africa.” Africa has a population of 1.3 billion with the median age of Africa being 19. This, therefore, calls on the need to promote the consumption of chocolate and cocoa more than anywhere else on the globe”. said Joseph Boahen.

Several measures have been implemented to ensure Ghana’s Cocoa is boosted on the world stage. Joseph Boahen is confident that Ghana can produce 2 million metric tonnes of cocoa yearly within the next 3 to 4 years. Through “vertical productivity” farmers can now produce lots of cocoa on a small piece of land.

“One acre of land can get you 40 bags,” he said.
The country has registered a tree “having over 2000 pods” of cocoa. Motorized machines and pruners are being introduced to replace the traditional forms of farming such as the use of machete and hoes.