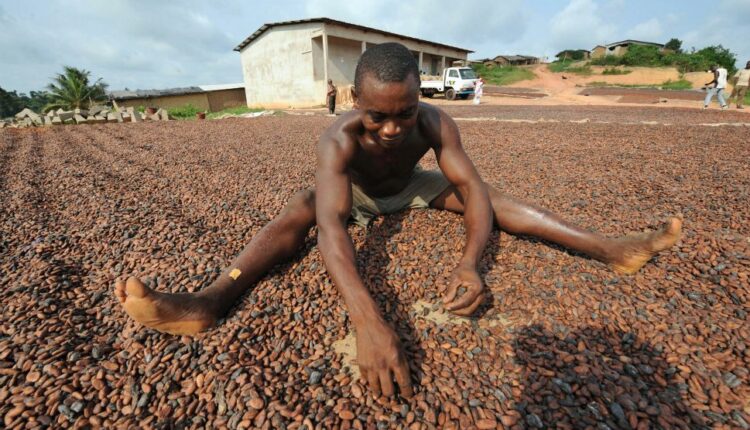 World’s number one cocoa beans producer – Ivory Coast – has reduced its farmgate price for the commodity by 9 percent, according to International Cocoa Organisation (ICCO)’s Cocoa Market Report for March 2021.

The Ivorian government opened the mid-crop season this month, announcing the cut to the producer or farmgate price of the key chocolate raw material from $1.80 in the main crop to $1.35 per kilogram.

The move comes on the back of increasing cocoa arrivals to Ivorian ports as against a fall in the country’s exports.

Experts have explained the higher supply figures outstripping demand on the world market as partly responsible for plummeting prices.

This means Ivorian authorities are unable to maintain the price paid to farmers as cocoa futures traded at the end of March at a 5-month low of $2347.

Again, renewed Coronavirus lockdowns across Europe is fingered to have significantly contributed to the downward market trend.

Other market watchers also attributed the situation to buyers’ low appetite for Ivory Coast and Ghana cocoa on account of the $400 per tonne Living Income Differential (LID) they attract.

Next door, the farmgate price paid by neighbouring Ghana to its farmers remain unchanged due to a regulatory regime that allows yearly price review.

“In Ghana, purchases of graded and sealed cocoa beans were reported at 748,162 tonnes, representing a 12.6% increase from 664,328 tonnes recorded a year earlier. The country is currently maintaining its farm gate price for the 2020/21 mid-crop at the same level announced for the main crop at GH¢10,560 (US$1,837)”, according to the ICCO report.

Meanwhile, the March 2021 Cocoa Review Report, however, noted Ivorian cocoa processors posted data showing that, at the end of March 2021, cocoa grindings had increased by 3.9% year-on-year from 282,000 tonnes to 293,000 tonnes.