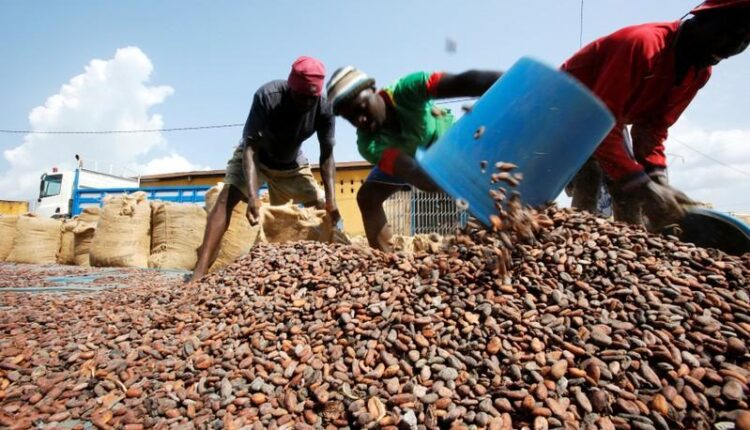 The new measures also limit stockpiling of beans by multinational traders that domestic exporters say drive up prices and prevent them from fulfilling export contracts.

The new reforms are recommended in an audit ordered by the CCC and seen by Reuters. The audit found domestic exporters have been paying certain fees to the CCC, including for storage and security, both when purchasing excess beans from multinationals and when exporting.

The double payment, which added 40.6 CFA francs ($0.0711) per kilo to export costs, was due to an error in the CCC’s system for calculating fees, the audit said.

The audit also recommended that the CCC reduce the amount of beans that exporters can stockpile to 2% more than the volumes they have export contracts for, rather than the current 10%.

That measure could make additional beans available to domestic exporters, who said in February that they were at risk of default because they could not acquire enough – even as multinational traders sat on large stocks.

In addition, the audit recommended that cooperatives be required to sell their cocoa stocks within 21 days in order to curb price speculation.

Two sources at the CCC and four industry sources said the CCC had already started to implement some of the reforms and planned to have them all in place by the start of the 2020/21 growing season in October.

One domestic exporter said the moves were a welcome step to redress some of the imbalances with the larger traders.

The CCC and GEPEX, which represents the multinational companies, did not immediately respond to requests for comment.

One source from a multinational company said the decision to limit traders’ stocks would “slow us down, but it is a decision we respect”.