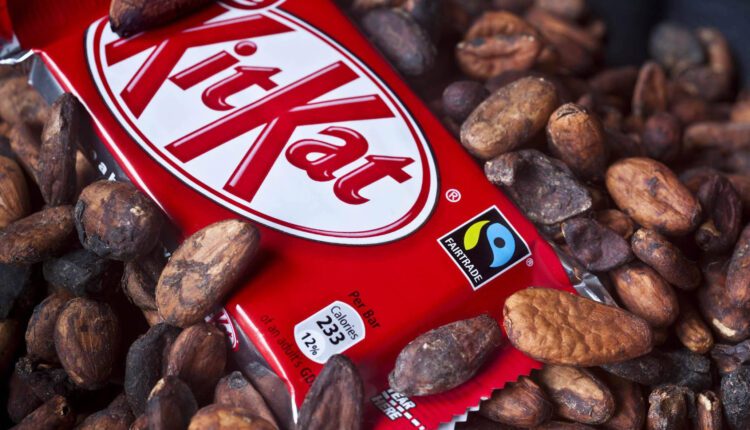 KitKat has severed its ties with Fairtrade, despite the organisation behind the scheme warning that thousands of farmers would be hit by the move.

The Swiss-owned food giant said it would now source its cocoa for KitKat bars from farms on Rainforest Alliance terms instead of those working with Fairtrade accreditation.

The boss of Fairtrade said Nestle’s decision to cut its 10-year association with the non-profit organisation was “profoundly disappointing”.

Nestle, which already uses Rainforest Alliance-certified farmers on other bars such as Aero and Yorkie, said it would start the new partnership for KitKat from October.

The Fairtrade label guarantees that the farmers behind a product get a set minimum price as well as a financial bonus, and is seen on a wide range of products including chocolate, coffee and bananas.

Michael Gidney, chief executive of the Fairtrade Foundation, said its cocoa farmers in Ivory Coast were “devastated” by the news.

“It would never be good news, but to face this when the country is looking at one of the worst health crises imaginable makes things particularly difficult,” he said.

“Nestle’s relationship with farmers in Ivory Coast has been able to make a huge difference to village communities, helping them to receive electricity and water pumps. The decision is a huge blow.”

Simon Billington, global technical manager for Nestle Confectionery, said the firm was aware that “the move will have an impact on some farmers”, but said it was “working hard” to mitigate this.

The company said it would provide financial support to help its farmers to certify with the Rainforest Alliance if they wished.

Nestle said its decision had not been taken to save money and that it would spend the same amount on cocoa from its farmers over the next year. It said it would also invest in a series of initiatives to support farmers and communities.

Billington added: “Our expanded partnership with the Rainforest Alliance underlines our commitment to sustainable cocoa sourcing throughout our global supply chain. Our successful partnership with Fairtrade is ending as we harmonise our certification for sustainable sourcing internationally.”

In 2017, Sainsbury’s announced it was moving away from Fairtrade labelling for its own-brand tea and would use its own scheme to guarantee a good price to farmers.

Other companies have also left the scheme and set up their own alternatives.

COCOBOD Pays Up $1.3 Billion 2019 Syndicated Loan 3 Months Ahead Of Schedule