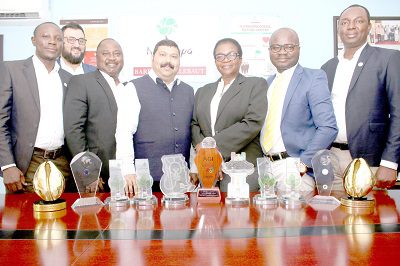 Nyonkopa Cocoa Buying Limited, a subsidiary of Barry Callebaut (BC), the global chocolate manufacturer, has launched an ambitious project that is improving the lives of cocoa farmers.

Through a variety of strategic partnerships, the company hopes to ride on the back of the government and community leaders to enforce existing laws and regulations against child labour and improve on the general wellbeing of cocoa farmers.

The Head of Operations of Nyonkopa Cocoa Buying Ltd, Mr Pious Vincent Abakah, who made this known at a media briefing last Monday said since the acquisition of Nyonkopa by Barry-Callebaut, the company had seen tremendous growth from about 4,500 tonnes per year in the 2014/15 season to 103,000 tonnes in the 2017/18 crop season.

“In spite of its young age of barely four years, Nyonkopa ranked third on the list of companies that sourced the most beans,” he said.

To remain profitable and sustain the cocoa sector, the Head of Sustainability at Nyonkopa Cocoa Buying Ltd, Mr. Robert Asugre, said: “For us, sustainability is to encourage and support farmers to earn equitable incomes, engage in responsible labour practices, safeguard the environment and be able to provide for the basic health and educational needs and well-being of their families.

“As a company, we understand the challenges impacting the future of the cocoa supply chain; farmer poverty, low productivity, child labour, deforestation, and climate change issues, hence our sustainability strategy Forever Chocolate — which encapsulates our plan to make sustainable cocoa production the norm by 2025,” he said.

With regard to zero child Labour, Mr Asugre said the pillar sought to eradicate child labour in the entire cocoa value chain in Ghana.

“We are making inroads in enforcing existing laws and regulations against child labour and remediation efforts”, he said.

As part of the interventions, Mr Asugre said the company had partnered some Metropolitan Municipal and District Assemblies (MMDAs) in the cocoa-growing belt where child labour cases abound to provide adequate teaching and learning materials and pro-child welfare support aimed at improving enrolment and attendance.

“Together with our partners, we are piloting a child labour monitoring remediation system with more than 13,000 farmers,” he said.

In the 2018/2019 crop season alone, Mr Asugre said Nyonkopa Cocoa Buying under the guidance and stewardship of COCOBOD, had implemented “underplanting programme” on over 400 hectares of cocoa farms as a means of rejuvenating very old and less productive farms.

“As part of our farm services programme, approved and quality cocoa agrochemicals are continuously made readily available to farmers in our supply chain”, he said.

Commenting on thriving nature, which is also a pillar for sustainability, Mr Asugre said the company was committed to reducing Barry Callebaut’s carbon footprint and achieve zero net deforestation in its cocoa value chain for a sustainable ecosystem.

“Efforts in this direction includes massive tree planting and promotion of cocoa agroforestry, where over 20,000 soursop and coconut seedlings were distributed to our farmers to be inculcated into cocoa plantations as part of our cocoa agroforestry strategy,” he said.

At the briefing, inroads made by the company towards CSR were highlighted by Mr Asugre.

He said the Nyonkopa Needy Project and Holiday Care Fund which were in response to the needs of rural health facilities, Nyonkopa through its ‘Needy Project” – an employee-driven intervention, had presented medical supplies and equipment worth over GHC 80,000 to not less than 20 CHPS Compounds in 20 communities.

As a result of this, the Holiday Care Fund (BC – Zurich) dedicated to such initiatives chose to add onto the efforts of the employees by committing over USD 11,000 used in providing a year’s food and consumable needs and the rehabilitation of washrooms for the Edwenase Rehabilitation Centre, making it disability friendly for the pupils.

As a result, he said Nyankopa embarked on the provision of potable water in communities where we operate by sinking a total of 76 boreholes in communities at a cost of GH¢1,140,000 in the 2017/18 crop season.

“The age-old challenge of the country in providing pensions for our farmers does appear to be solved with the singular intervention by Nyonkopa Cocoa Buying Limited, where in a Farmer Life Plan encompassing pensions, life cover and child Education support have been brought to the doorstep of cocoa farmers,” he said.

He said the novelty of the scheme lay in the fact that no premium was required of any farmer so registered with Nyonkopa to be a part of it.

A total of GH¢210,000 had been paid so far to beneficiaries across Nyonkopa operational areas.

Knowing Your Cocoa and Its Quality Parametres: Free Fatty Acids