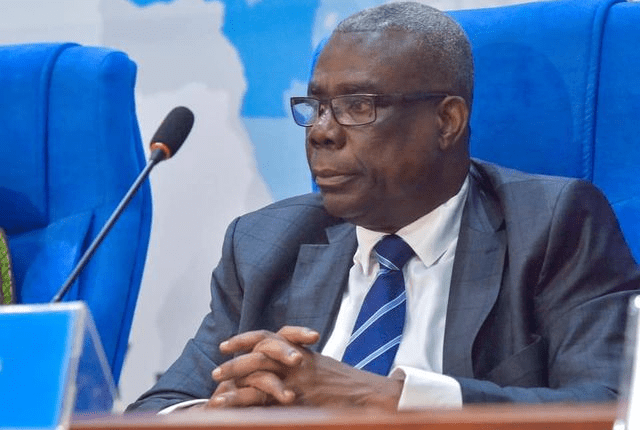 The president of Ghana, Nana Akufo-Addo, has appointed Mr Peter Mac Manu as the new Chairman of the Board of Directors of the country’s cocoa regulator, COCOBOD.

During Mr Agyemang’s tenure, the industry was the introduction of revolutionary policies, chief among which is the much-acclaimed Productivity Enhancement Programmes.

The programme, which involved initiatives such as hand pollination, the introduction of motorised pruners and slashes, subsidised fertilizer, irrigation and rehabilitation of moribund plantations have been linked to the attainment of the 1-million tonnes production mark for the first time in a decade.

Mr Owusu Agyemang, the outgoing board chairman of Cocobod, is also credited for having overseen the introduction of the Living Income Differential price mechanism, a product of the cocoa sector bilateral cooperation with neighbouring Ivory Coast.

Again during his time as board chair, Ghana’s cocoa regulator launched the groundbreaking Cocoa Management System, an application that seeks to digitalize the entire cocoa industry as well as the Cocoa Farmers Pension Scheme.

Mr Peter Mac Manu, the incoming board chairman, brings on board vast experiences in both the private and public sectors.

He takes over the leadership of COCOBOD at a time Ghana and Ivory Coast are strengthening their bilateral relations to promote a sustainable cocoa economy that guarantees decent incomes for cocoa farmers in their respective countries.

Mr Peter Mac Manu would also be expected to offer leadership to consolidate the gains made during the era of his predecessor.

To the cocoa farmers, their expectation is that the new board chair will roll out pragmatic policies that will enhance their living conditions and make the industry attractive to the younger generation.

Accra-based Asaase Radio reported that Mr Mac Manu is scheduled to be inducted into the office together with the newly appointed members of COCOBOD’s Board of Directors by the Minister of Food and Agriculture, Owusu Afriyie Akoto, on Friday 6 August 2021.

According to the Ghana Cocoa Board Law 1984 (PNDCL 81), as amended, the Board of Directors is to be composed as follows: