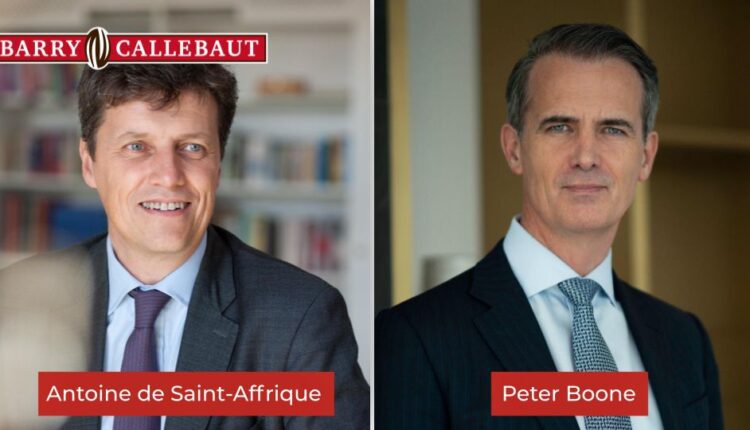 A massive shakeup in management at Barry Callebaut Group has seen the Board of Directors appoint Peter F. Boone as the new Chief Executive Officer, effective September 1, 2021.

Boone is the current President Region Americas and a member of the Executive Committee (ExCo) of the global chocolate giant. He replaces current CEO, Antoine de Saint-Affrique, who has served in that capacity since October 1, 2015.

Saint-Affrique who is stepping down at the end of the Group’s fiscal year has already been proposed for election to the Board of Directors at the next Annual General Meeting (AGM).

Peter Boone, 51, is a Dutch national has been overseeing Barry Callebaut’s operations in the Americas from September 1, 2017, to date, and served as ExCo member since 2012.

Boone is said to have joined Barry Callebaut (BC) as Chief Innovation Officer in 2012, and later assumed additional responsibility for Quality Assurance in June 2013 and for Sustainability by November 2015.

Prior to joining BC, he worked with Unilever in a variety of global and regional roles, his final role being Chief Marketing Officer in charge of Australia and New Zealand.

Peter Boone is an alumna of the Erasmus University in Rotterdam, the Netherlands, where he studied Business Administration.

“Peter’s great track record in driving profitable growth, championing groundbreaking innovation, whilst implementing a solid quality culture, building new markets and segments, and, last but not least, his passion for sustainability, make him the perfect candidate to become the Group’s new CEO. As Barry Calleaut’s current President Americas and former Chief Innovation Officer, Peter’s appointment will ensure continuity and a smooth handover. The Board is very excited that Peter’s strategic talent and people skills can hit the ground running as the new fiscal year kicks off September 1, 2021”, Patrick De Maeseneire, Chairman of the Board of Barry Callebaut commented.

“Antoine is passing the baton to Peter after six years of passionate leadership, which is once more illustrated by the careful succession planning. Together with the Executive Team, Antoine’s ‘smart growth’ execution of the Group’s long term strategy successfully expanded Barry Callebaut’s global footprint across five continents”, Patrick De Maeseneire continued.

“Under his leadership, the Group strengthened its balance sheet and profitability through the rebalancing of the portfolio towards faster-growing geographies and a broader range of high-quality cocoa and chocolate ingredients. Furthermore, Antoine made Barry Callebaut the industry leader for sustainable cocoa and chocolate through the launch of Forever Chocolate, the Group’s acclaimed plan to make sustainable chocolate the norm by 2025. Overall, Antoine sharpened the Group’s business model, which allowed Barry Callebaut to successfully weather the unprecedented market conditions caused by the COVID-19 pandemic, placing the Group in pole position for continued growth”, De Maeseneire added.

Also effective July 1, 2021, Jo Thys has been named as President Asia Pacific and a member of the Executive Committee as part of the management shakeup at Barry Callebaut group.

“The appointment of Steve and Jo will ensure a smooth transition in Region Americas and Region Asia Pacific and the continued execution of the Group’s successful ‘smart growth’ strategy”, Antoine de Saint-Affrique, outgoing CEO of the Barry Callebaut Group said of the changes.