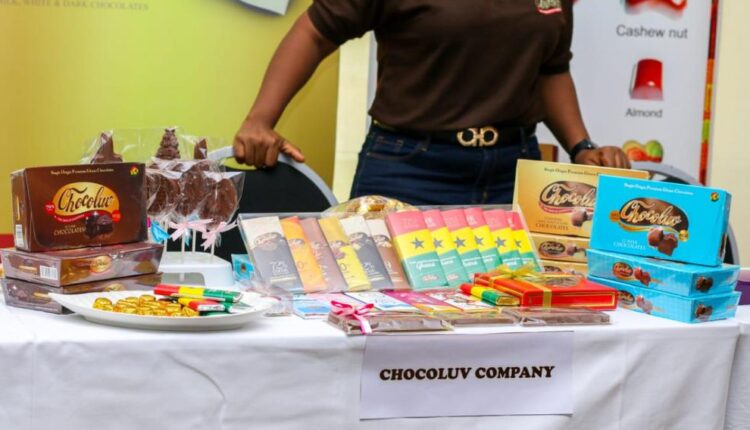 Ghana has been growing cocoa for about one and half centuries. Once the world’s number one producer of cocoa beans, it lost that spot to neighbouring Ivory Coast.

The nature of the country’s cocoa economy has barely changed since the imposition of the colonial structure of producing the beans to feed value addition industries in Europe.

Today, Ghana and Ivory Coast jointly account for about 70% of the world’s annual cocoa beans output.

They share between them US$6 billion of the estimated US$107-billion realised annually from the global industry.

“We believe there can be no future prosperity for the Ghanaian people, in the short, medium or long term, if we continue to maintain economic structures that are dependent on the production and export of raw materials”, Ghana’s President Nana Akufo Addo stated, while addressing the Swiss Federal Assembly during a February 2020 State visit.

Ghana is Switzerland’s biggest supplier of cocoa beans at over 58 thousand tonnes in 2018.

Available data indicates, that between 2014 and 2018, Swiss cocoa bean imports from Ghana increased at an average annual rate of 4.5% in volume, and by 3.2% in value.

President Akufo Addo says Ghana no longer wants to export raw cocoa beans. Instead, he maintained his government wants “to add value to our raw materials, industrialise and enhance agricultural productivity. This is the best way we can put Ghana at the high end of the value chain in the global marketplace, and create jobs for the teeming masses of Ghanaians”.

In January 2021, trading among African nations commenced on a single platform under the Africa Continental Free Trade Area (AfCFTA) initiative, which secretariat is hosted in Ghana’s capital, Accra.

AfCFTA is a market of 1.2 billion people with a combined GDP of US$3 trillion, providing opportunities and possibilities for wealth creation and poverty reduction.

Reputed to produce above par quality cocoa beans, Ghana is favouring a change in direction from just selling raw cocoa beans to fascinating the taste buds of Africa with its high-quality semi-processed cocoa, chocolate and other cocoa derivatives.

“The country has an agenda – Ghana Beyond Aid – so anything that will promote business and make us less dependant on aid is worth pursuing”, Dr Edward Amporful told Cocoa Post editor, Kojo Hayford.

His committee has the responsibility to assess the industry’s preparedness and recommend how best they can be assisted to take advantage of the promising African market.

The committee last week engaged with local cocoa processors and value addition enterprises in Accra, on the third-leg of its stakeholder consultations; and the discussions were frank.

“Among the key challenges that we face is the sourcing of raw materials. They are quite expensive…cocoa in this country is focused towards export. And so the local consumption of the raw material is not something that is of real focus to the industry regulators”, Lucy Afari, CEO of Kamini Chocolates, observed.

“The cost of machinery is another critical issue. Machines are expensive and importation also comes with taxes. All these need to be looked at if we really want to be a major player in the AfCFTA market and benefit from it. We need to be intentional about promoting the local artisanal industry and get more people involved in the processing of our cocoa to be consumed locally and also exported”, Afari emphasised.

By law, only Ghana Cocoa Board can buy raw cocoa beans produced in the country.

This means artisanal processors like Kweku Temeng of Cocobytes Chocolates, whose family has been growing cocoa at Kukurantumi for decades, is missing out on the premium bean-to-bar chocolate market and other opportunities.

The minimum quantity of cocoa beans one can purchase from COCOBOD is 50 metric tonnes at a time.

This is over and above the capacity of players in Ghana’s burgeoning artisanal cocoa processing industry.

Tax as a major chocolate ingredient

But that also doesn’t come cheap. These processors are registered under the Free Zones regime designed to target the export market for the much needed foreign exchange.

“You buying from the processing factory means that you are importing, so the taxes you pay include import duty, NHIL and VAT…and when you put them together it’s about 59.2% of taxes on the raw material”, Noah Amenyah, founder of Golden Pod, articulated.

“So when you look at this it means that already the taxes you’ve paid 59.2% of your invested capital is consumed by the taxes before it gets to the consumer”, Amenyah stressed.

Other expensive ingredients (mainly imported), packaging, labour, utilities, distribution and marketing, sales tax are among other costs they must grapple with.

“How do you price the product…it means that the price will be expensive to the consumer. So the consumer finds an alternative product, mostly imported products, which is cheaper”, the Golden Pod founder regretted.

COVAAAGH poised for the AfCFTA market

Dela Kuekey Austine is the Vice President of the Cocoa Value Addition Artisans Association of Ghana (COVAAAGH), with a membership of over forty small and medium enterprises.

She said this is an ample demonstration of their readiness to expand into the African market through AfCFTA.

Data from Ghana’s Ministry of Trade and Industry (MOTI) points to a positive market outlook for Ghana cocoa in Africa.

However, a 2017 GoodmanAMC research claimed although Ghana has an installed processing capacity of 450,000 tonnes per annum, current operating capacity was about 225,000 tonnes or 34% as against a national goal of 50%.

Industry watchers have linked the shortfall to lack of access to cocoa beans as players have to compete with external buyers.

That notwithstanding, COCOBOD has secured a US$600 million African Development Bank (AfBD) facility to boost the capacity of the processing sector in order to increase the country’s earnings from processed cocoa.

Dela Austine also believes, “given the needed support COVAAAGH and it’s membership present a potential avenue for employment creation, wealth creation and a foreign exchange earner for the country”.

But that may not happen anytime soon until these challenges are surmounted.

Obviously, for Ghana to access and benefit from the US$3-trillion AfCFTA market demands some drastic and urgent work.

“Having listened to them we are going to put these materials together and tell the management of COCOBOD that to promote cocoa consumption on the continent using local processors and chocolatiers, these are the enabling environment we need to create for them to be competitive and make our objective realisable”, Dr Edward Amporful concluded.

Although a laudable initiative, Ghana Cocoa Board and indeed, the government of Ghana, may need to act with speed and decisiveness if it is to avoid being late to the party.