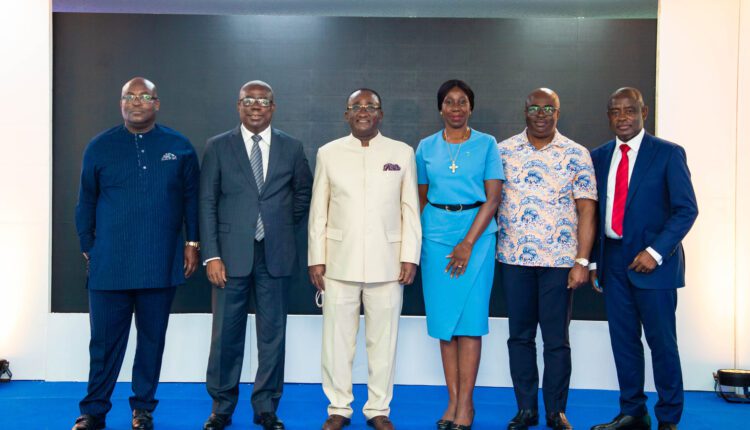 Speaking on the sidelines of the signing ceremony of the annual pre-export trade finance facility in Accra, the Board’s Deputy Chief Executive, Finance & Administration, Ray Ankrah said they adopted a strategy to prevent a recurrence.

“So I can assure you that latest by the 3rd or 4th of October the first tranche, the first this time is even going to be more than 50 percent of what we are borrowing, should hit our account and we will be in a very good position to take care of our early commitment to our licensed buying companies and our farmers,” Ankrah maintained.

“As soon as the season begins, our cocoa farmers and our LBCs, they need to be paid for whatever produce they have. And so we are working very rapidly, all the conditions precedent and all the things that need to be put in place to ensure that the money will come in quickly. We are on top of it,” he emphasised.

In the just-ended 2020/21 season, Cocobod received more cocoa than it had actually projected to buy with the $1.3 billion syndicated loan procured for the purpose.

“Definitely we are not going to overshoot. The reason why we are going for $1.5 billion as opposed to $1.3 billion previously is because we have learnt our lesson,” Ankrah assured.

Mr Ankrah has high hopes of the ensuing crop year, which begins October 1; a hope he said is fueled by positive indications from the market.

“If you compare where we are now to this time last year, we were down on our shipping by about 30%. Demand basically for cocoa and cocoa-related products just collapsed. So we are very optimistic that prices will recover,” the deputy Cocobod chief said.

“We believe, thanks to all the productivity enhancement programmes and the various interventions we have put in place we could possibly exceed it and that is why we are going for $1.5 billion, $200 million in excess of the $1.3billion that we did for the 2020/21,” he explained.

The interest rate on the $1.5 billion receivables-backed trade facility is 1.1% as compared to 1.75% last year, while the arrangement fee also dropped from 1.25% to 1%.

According to Cocobod, its creditworthiness and track record over the last three decades of raising syndicated loans accounts for the competitive rates it attracts.

“This time, 2 years in succession, we have actually paid our facility two months ahead of time. That should tell you that we are very serious people and that has reflected in the basis points,” he noted.

According to sources Cocobod’s roadshow for $1.5 billion for the purchase of Ghana’s 2021/22 cocoa crop was significantly oversubscribed by $250 million.

“We had Earlybird commitment, as soon as the syndication was launched of $515 million, which is a third of what we are asking. This to our mind is very impressive. For the past over 30years that we have been doing this, we have not defaulted. Not only have we not defaulted, but we are now so good at doing this we pay up 2 months early,” Ankrah said.

ACCE To Champion Cocoa Consumption On The African Continent