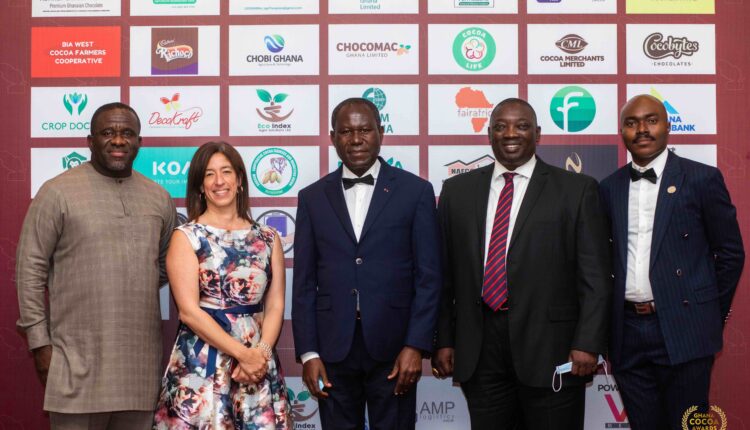 Ghana Cocoa Board, the industry regulator, announced early this month the attainment of an historic 1.04 million tonnes in cocoa beans purchase by the close of the 2020/21 crop year, breaking a decade-old record.

The feat demonstrates the cocoa sector’s resilience in spite of the challenges of COVID19, climate change and CSSV disease.

“Like the rest of the global economy, the last few years have been quite challenging for the cocoa industry, particularly for actors at the production end. That, notwithstanding, here in Ghana we have seen the regulator, Cocobod, show bold leadership with pragmatic policies and programmes as industry and our gallant cocoa farmers rallied behind,” Mr. Kojo Hayford, Executive Director of Ghana Cocoa Awards, indicated.

“The result of that collective energy is what has culminated in this historic feat with Ghana crossing the one-million-tonnes mark in cocoa production for the first in 10 years. A feat definitely worth celebrating,” he added.

“Speculations are that the increasing production in West Africa may glut the market. Naturally, that should be a challenge. But from our viewpoint, it is a golden opportunity to open the access to affordable supply of cocoa beans, by way of a progressive policy, to feed the burgeoning Ghanaian cocoa value addition industry,” Mr. Kojo Hayford, said.

He emphasized, “we believe this will lead to the creation of new jobs and wealth opportunities for thousands more Ghanaians, improve domestic consumption of cocoa and cocoa products, as well as strengthen the national economy.”

Cocoa Awards 2021 has over thirty (30) competitive and honorary awards to recognise excellence at the various stages of the cocoa value chain, including processing and value addition, internal marketing, finance and insurance, innovation and technology, sustainability and leadership.

The event, powered by Cocoa Post, is where quintessential Ghanaian traditional costumes meet the Black-tie over tantalising cuisine, evergreen Highlife tunes and great entertainment while Honouring The True Heroes Behind Ghana’s Economic Backbone.

Ghana Cocoa Awards is the cocoa industry’s biggest and most prestigious gathering for networking and celebrating excellence.

It is an independent industry awards scheme designed to spotlight and celebrate innovation, achievement and excellence while offering an unparalleled platform for networking among players in the Ghana cocoa value chain.

Meanwhile, nominations are open until 15 October 2021 for the submission of entries on the event portal www.GhanaCocoaAwards.com/nominate.