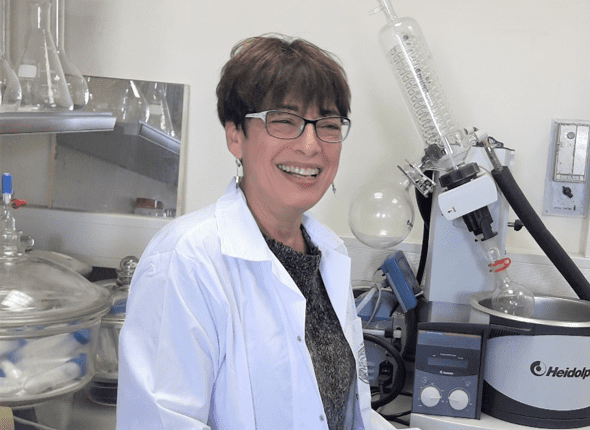 The centre is not impressed by “European startups striving to replace cocoa with something they manufacture on a laboratory bench-top.”

In a blog post to its website the research centre, headed by Professor Ellen Graber, questions, “does climate change mean we will eat synthetic chocolate?”

A Munich-based startup, QOA, announced recently it has successfully made chocolate without an iota of cocoa, touting it as the solution to environmental and labour issues plaguing cocoa production.

The Maximilian Marquart-led company envisages replacing cocoa entirely from your chocolate bar with a lab-synthesized version by 2035, that’s 14 years from now.

“Here at the Cocoa Cure Center, we don’t think this is such a great idea,” the Centre’s publication opined.

According to the Israeli cocoa research agency the German effort “is admittedly a “knee-jerk reaction” – we still remember trans-fats – marketed for years as the superior and healthy substitute for natural fats and oils. That didn’t turn out too well.”

“Besides this, the company justifies their product with the claim that cocoa farming leads inevitably to deforestation, which is rather a problematic argument,” CCC insisted.

It averred that poor cocoa farmers, especially in West Africa who account for about 70% of global supply, cannot be blamed for deforestation as they are poorly remunerated for their hard work.

“It’s the wealthy cocoa-importing and processing countries which reap the big money of the chocolate market. The farmers don’t have the capital they need to improve their soils and rejuvenate their forests, which would then bring higher yield efficiency per unit area,” it maintained.

The Cocoa Cure Centre, a division of Volcani Institute, a world-acclaimed Israeli agricultural research organisation, said QOA’s “argument about excessively high water consumption by the cocoa tree is altogether perplexing – cocoa is grown almost exclusively in the tropical belt, and is naturally rainfed.”

“Much more acute dangers to the environment come from illegal and legal mining for gold, bauxite and other minerals than from growing cocoa. Those actions actively poison the soil, water and air.”

The Centre then raises some pertinent questions: “And, if we continue in the environmental vein for another moment, what will be the source of the raw materials used for creating lab-synthesized cocoa? Petroleum-based organic compounds? Plant-based compounds from farming other crops, with their own environmental footprint? Perhaps even palm oil –  the cause of massive deforestation around the world?”

Touching on pragmatic answers to the threats facing the cocoa sector, Professor Graber’s research agency hinted at work on ongoing “solutions for ‘Saving Chocolate’ that don’t involve creating it in an Erlenmeyer flask.”

“We are learning how to intensify cocoa farming sustainably, improve tree health and stamina, modernize post-harvest methods and processes, and repurpose pod husk wastes to bring added value and additional industries to the farmers. Economically stronger farmers will be able to send their children to school instead of needing their help in the forests,” it indicated.

Cocoa farming employs millions globally, and in West Africa, it is a major source of foreign exchange for Ghana and Cote d’Ivoire, the world’s leading cocoa-producing countries.

“This economic driver needs to be shored up, not shorn off,” the Cocoa Cure Centre publication concluded.