COCOBOD Boss To Appear Before Parliament On Cocoa Payment 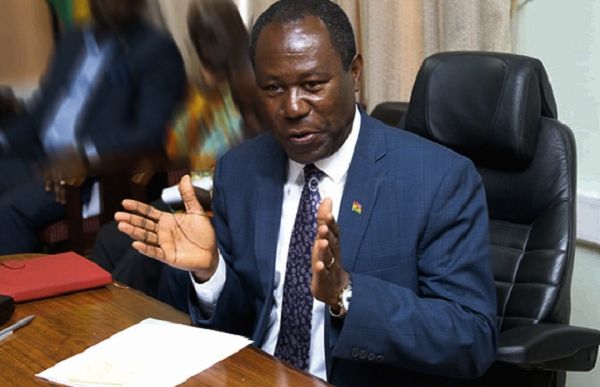 The Ghana Cocoa Board (COCOBOD) is to appear before Parliament over non-payment to cocoa farmers through their respective Licensed Buying Companies (LBC) for the period of the 2020/21 crop season, the Ghana News Agency has reported.

First Deputy Speaker Joseph Osei-Owusu gave the directive in a reaction, after a statement by Mr Kofi Adams, MP for Buem, and contributions on the statement by Members, on the plight of cocoa farmers in cocoa-growing areas in Ghana, for not receiving payments.

The Speaker further directed the Leadership of the House to programme officials of the board to meet The Committee of The Whole of Parliament to discuss the issues.

Mr Adams statement was titled: “The Plight of Cocoa Farmers in the Buem Constituency Despite $1.3 billion loan facility to the Ghana Cocoa Board.”

According to Mr Adams, reports from his constituency and other constituencies in the cocoa growing regions has it that, cocoa farmers have not been paid by LBCs for their cocoa purchased in the last two months even though they are in the third month of the main cocoa season.

“The Ghana Cocoa Board secured a $ 1.3 billion-dollar facility to purchase cocoa beans for 2020/21 crop season. This facility was to assist Cocoa board make upfront payment for cocoa beans that it purchases from cocoa farmers,” Mr Adams said.

He added: “Most of the cocoa farmers in Ghana depend mainly on the proceeds of cocoa sale to fend for themselves and their families and most importantly to prepare new farmlands for the next farming season.

“The proceeds of these sales pay their bills ranging from school fees through domestic utilities to medical bills.”

The Buem MP urged the House to intervene to get the Ghana Cocoa Board to release funds to LBCs to enable them to pay the farmers for the cocoa beans purchased, during the period under review.

“It was Parliament which approved the syndicated facility for the purpose of purchasing cocoa for the (2020/21) crop,” Mr Adams argued.

Mr Adams later at a news conference, supported by Kwabena Mintah Akandoh, MP for Juaboso, threw more light on the matter, arguing that the non-payment to the cocoa farmer worsened their economic plight during the period.

Deputy Majority Leader and MP for Efutu Alexander Kwamina Afenyo-Markin, at a news conference, just after that of Mr Adams, countered the calls by the Buem MP and refuted the claims made by the Buem MP.

Mr Afenyo-Markin challenged Mr Adams to name the LBCs that had not paid the cocoa farmers, as he (Mr Afenyo-Markin) said the COCOBOD had settled all LBCs that raised certificates for payment.