The Ghana Cocoa Board (COCOBOD) has launched the 2019 Ghana Cocoa Day with a call on Ghanaians to consume more cocoa.

In so doing, we benefit from its health properties and collectively contribute more into our local economy and wealth of the country.

Cocoa Day is an annual event which is organized by COCOBOD to celebrate the hard work of cocoa farmers, create awareness about the health and nutritional benefits of cocoa and promote its consumption among Ghanaians.

This year’s activities to mark the occasion will be held in Sunyani in the Brong Ahafo Cocoa Region, on the theme: “Sustainable Cocoa Production for Health and Wealth”.

The celebration will be crowned with a grand durbar on 1st October 2019 at the Sunyani Jubilee Park, with President Nana Addo Danquah Akufo-Addo, as the Special Guest of Honour.

Mr. Joseph Boahen Aidoo, Chief Executive of COCOBOD, who launched the event in Accra said while the celebration focuses mostly on cocoa farmers and their unmatched contribution to the development of the country, it also recognises the effort of other stakeholders towards a sustainable cocoa sector.

The choice of Sunyani as the venue for this year’s event is against the backdrop that over the past 25 years, the Brong Ahafo Cocoa Region has produced 11 National Best Cocoa Farmers out of which eight are still alive. The region also has one of the best three cocoa districts in the country.

As a result, celebrating Cocoa Day in the region is one way of appreciating the farmers in the region and recognizing their contribution to Ghana’s overall cocoa production output.

On the lead up to the Cocoa Day itself, some activities have been lined up from Saturday 28th to Monday 30th September 2019; starting from a health outreach event to a health walk and the opening of an exhibition at the Jubilee Park in Sunyani to enable stakeholders to introduce farm inputs to farmers.

Others include a Youth Forum at the Sunyani Technical University on opportunities which exist along with the various levels of the cocoa value chain; an Intra-University Cocoa Recipe Demonstration and a “night time” with the current National Best Cocoa Farmers.

President Nana Addo Dankwa Akufo-Addo is expected to announce the producer price of cocoa for the 2019/2010 cocoa season at the grand durbar on 1st October 2019.

He has also been very active in educating cocoa farmers about the importance of strict adherence to COCOBOD’s Productivity Enhancement Programmes, particularly, pruning, fertilising and hand pollination, to significantly increase their yields and earn more money to improve their livelihoods.

Hon. Aidoo appealed to the media to be circumspect in their reportage on issues pertaining to the cocoa sector because it was a sensitive area that needed to be handled with care.

On his part, Nana Johnson Mensah, the Western South Regional Chief Farmer and a Board Member of COCOBOD urged the youth to venture into agriculture because it was a very lucrative sector.

Nana Mensah, who has been a farmer for more than 38 years, said there had never been a moment of regret as a cocoa farmer.

He said it was important for the youth of the country to focus on the sector to save it from deteriorating, as many of the cocoa farmers were now becoming old and weak to remain major players.

Here are images from the ceremony: 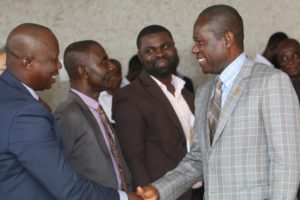 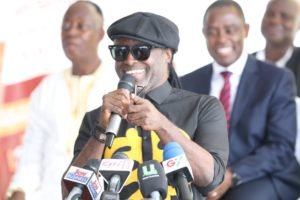 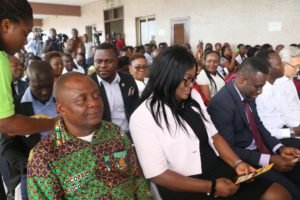 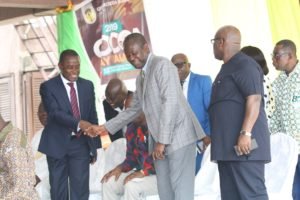 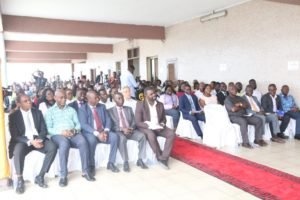 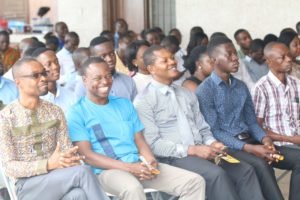