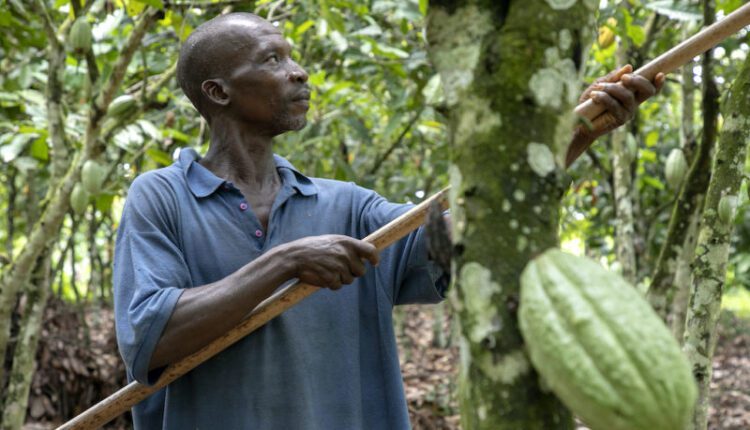 This past week has seen the key start of the latest cocoa season within West Africa, which sees the introduction of the Living Income Differential put forward by the governments of the Ivory Coast and Ghana to support farmers wages. In a guest blog for UK-based Confectionery Production Magazine, Kojo Hayford, managing editor of  Cocoa Post, reflects on its potential impact

Hundreds of people, mostly cocoa growers, attending the launch of Ghana’s National Cocoa Rehabilitation Programme, in late September, were agog when the president of the country, H.E. Nana Akufo-Addo, announced a 28 percent hike in the producer price of the commodity.

With the new increase, a tonne of the key chocolate ingredient would be bought by the government from the farmer at GHc10,560 per tonne, compared to GHc8,240 for the recently ended 2019/2020 cocoa crop season.

This unprecedented increment in the farm gate price is solely on the account of the introduction of the $400 per tonne Living Income Differential.

The amount was proposed by Ghana and Ivory Coast, the world’s top two cocoa producer nations, and agreed by cocoa buyers and chocolate manufacturers to offer a decent improvement in the living standard of thousands of poverty-stricken cocoa farmers in the two West African countries.

The excitement expressed by the farmers stemmed not so much from the Living Income Differential-induced price adjustment, which no doubt is significant, but chiefly by the fact that many years of complaints finally seem to be getting the attention of the powers that be.

The income and livelihood of cocoa farmers have for a long time not received the needed attention as a critical pillar in the sustainability agenda of the all-important global cocoa economy.

It is an open secret that Africa’s cocoa farmers live in extreme poverty, with net incomes pegged between USD$983.12 to USD$2,627.81 annually, which translates to a daily wage between 40 and 45 US cents, according to the International Cocoa Initiative.

While the introduction of the Living Income Differential (LID) is laudable and has the potential of making Cocoa farming in West Africa attractive again, particularly to the youth, I believe it must be seen as the first major step towards delivering real change in the price mechanism for cocoa on the world market, especially if industry is truly committed to the sustainability narrative.

It is my utmost conviction that there cannot be honesty in the global cocoa sustainability agenda if the price of cocoa is not factored as one of the key pillars of the discourse.

Drew Hinshaw, in the October 2010 article for Voice of America (VOA news) titled, Government Looks to End Child Labour in West African Cocoa Farming, noted as a result of the very low earnings they receive for their produce cocoa farmers “often resort to the use of child labour” as a less costly alternative to keep the mainstay of their families’ livelihood going.

Ensuring a fair price for the cocoa farmers’ toil, will not only be restoring dignity to their lives, but will also directly be addressing the pet subject of the consumer-driven cocoa sustainability campaign – child labour – which among others is the price for cheap cocoa.

We cannot continue to play ostrich with the real causes of the problems threatening the sustainability of cocoa and turn around to penalise and impose cut-throat sustainability certification fees on poor farmers.

In Ghana, the Living Income Differential (LID) of US$25 added to the Producer Price for each 64-kilogramme bag of cocoa beans effective 1st October 2020, combined with a fair world market commodity price and national farmer welfare schemes, could have the potential of helping raise the living standards of cocoa farmers to help attract more youth into the venture.

It could also contribute significantly to helping nip in the bud the creeping threat of disillusioned cocoa farmers substituting cocoa farming for other cash crops like rubber or cashew and, in some cases, completely selling off cocoa farms to gold prospectors.

In summing up my thoughts, I believe it is noteworthy to commend the parties in the discussion and negotiations that birthed the Living Income Differential for demonstrating their commitment to prioritising the interest of West Africa’s cocoa farmers over and above their often fixed corporate positions.

And if the reaction of cocoa farmers in both Ghana and Ivory Coast is anything to go by, then the LID is certainly an opportunity for salvaging an industry under threat.