[Editorial] Cocoa Producers Must Have a Say In Global Cocoa Price 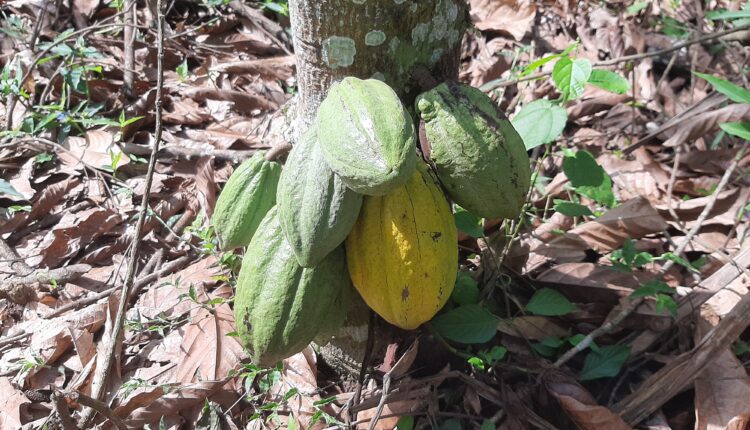 For decades, the cocoa industry has been the backbone of the Ghanaian economy. There cannot be an objective appraisal of the history of Ghana’s development without the role played by the cocoa industry and especially cocoa farmers.

Those who were fortunate to have grown up in cocoa-growing areas or those who have had the privilege of witnessing the regular cumbersome processes that cocoa farmers have to go through year after year to produce high-quality yields for the local and international markets will attest to the fact that our cocoa farmers deserve the best of support.

At a certain point in time, Ghana had the prestigious status of being acclaimed as the world’s largest producer of cocoa, a position that it held with pride until a mix of circumstances saw it lose that status.

Be that as it may, we have remained undaunted and still play a leading role within the international scheme of cocoa production, placing second to neighbouring Cote d’Ivoire.

In recent times, the price of cocoa at the international level has depreciated by some 40 per cent, resulting in the International Monetary Fund (IMF) calling on Ghana to also reduce the producer price paid to our farmers.

The position of the IMF is that the reduction is necessary to ensure that COCOBOD does not expand its financing gap, estimated at GH¢1 billion.

However, the Chief Executive Officer of COCOBOD, Mr Joseph Boahen Aidoo, in a laudable riposte, maintained that such a move would signal the genesis of the collapse of the industry and declared that the government would not do as recommended.

While many thought the government would succumb to the IMF recommendation, President Nana Addo Dankwa Akufo-Addo has come out publicly to confirm that Ghana is not ready to cut down on the producer price of cocoa.

This, indeed, is a big relief to our hardworking cocoa farmers.

The President, in a meeting with a delegation of more than 100 leaders of the Cocoa, Coffee and Sheanut Farmers Association at the Jubilee House in Accra, gave an assurance that although cocoa prices on the world market continued to fall, the government would stick to the old price paid to farmers as part of the policy of social justice.

That decision, he explained, was because farmers had been producing the wealth of the nation and that through their efforts and toil a lot of activities in the country were subsidised, adding:

“It is only fair that when things turn against them the state should come in to help.”

This comes on the heels of an agreement reached between Ghana and Cote d’Ivoire (two countries that produce about 60 per cent of the world’s cocoa) about a year ago on the decision to have one voice in the determination of cocoa prices on the international market.

The Daily Graphic commends the stance of the government in its unflinching support to our cocoa farmers.

We urge it to continue the collaboration with our neighbour to ensure that we have a voice when it comes to determining the global price for cocoa, for it is only when we are able to find a strong voice that we can guarantee a good global price of cocoa and be able to pay our hardworking farmers an appreciable price for all their efforts.

We urge our cocoa farmers to step up the game and put in more effort to produce more, in the assurance that they have the fullest support of the government and the entirety of Ghanaians.