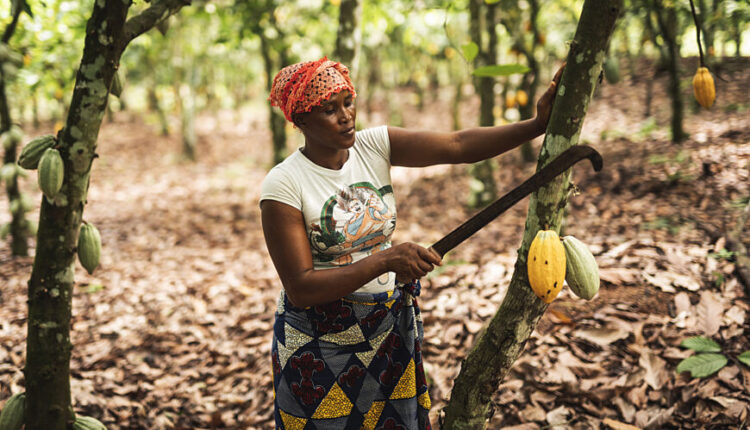 Fairtrade International has updated its Cocoa Standard with a reinforced focus on human rights, the fight against deforestation, traceability, and living income.

Confirming the development, the social justice organisation explained the move to be in conformity with efforts to deepen impact for farmers as well as to strengthen sustainable supply chains around the world.

According to a press statement, the update was approved by the Fairtrade Standards Committee and is the result of a rigorous consultation process, combining specific sustainability priorities with progress on living incomes and support for producers.

The organisation said it also aims to strike a balance between robust mandates, regional priorities, and a shared responsibility of compliance between farmers and involved commercial operators.

Fairtrade Foundation’s Global Product Manager for Cocoa, Sam Dormer explained, “This latest update to our Cocoa Standard reflects Fairtrade’s continuing commitment to progress and its dedication to the shared goals of producers, businesses, and consumers in preventing child labour and fighting deforestation.”

“At the same time, the updated Standard strengthens Fairtrade’s mission to promote farmers’ right to decent livelihoods and enable their potential as leaders of a fairer, more sustainable future for all,” Dormor added.

The Committee, the composition of which is 50 per cent producer and worker representatives, ensures that any decisions take into account the views of all the relevant stakeholders and are in line with Fairtrade International’s mission and policy statements.

The latest registered changes to Fairtrade’s Cocoa Standard, which will take effect in phases over the next two years, raise the bar for the product’s Standard with additional requirements on deforestation; Human Rights and Environmental Due Diligence (HREDD); and traceability and transparency.

It further explained that many of the current changes are focused on cocoa from Africa, Asia, and, in some cases, specifically Côte d’Ivoire and Ghana, and seek to support producers in tackling the known risks in these areas, as well as prepare for other expected requirements, such as through the upcoming African Regional Standard for cocoa, and European Union legislation.

Moreover, producer organizations are required to prepare measures that include awareness campaigns for their members and apply production practices that have a positive environmental impact.

For its part, the new HREDD requirements position farmers as partners in the process of implementing human rights and environmental due diligence, drawing specific attention to the prevention of child labour in cocoa production.

In this regard, the updated Standard calls on producer organizations to implement monitoring and remediation systems more effectively.

Sharecroppers and caretaker farmers are also included in the revised Standard with required written contracts now providing them with tangible benefits and greater visibility.

In fact, producer organisations will now be required to report back to Fairtrade on their sharecropper and tenant farmers once they reach their third year of certification.

Finally, the human rights focus of the update also calls for additional equal opportunity requirements for women, including equal access to training.

This will allow them to map their members’ farms and trace what they buy from each farmer – an increasingly important capability for cocoa producers as they seek greater oversight of their businesses as well as the possibility of assuring buyers on how and where their cocoa is grown, particularly in relation to human rights issues.

“During the consultation process many stakeholders made clear the need for further support for producer organizations on human rights issues,” continued Ms. Dormer.

“That is why Fairtrade is also announcing the creation of Fairtrade’s Programme for Child Labour and Forced Labour Prevention and Remediation. The programme will provide contributions to Ivorian and Ghanaian cocoa producer organizations implementing quality prevention and remediation interventions that are now required in the Cocoa Standard.”

Ms. Dormer added that the programme will be launched with €450,000 of Fairtrade funding and has the potential to grow through contributions by commercial operators and other stakeholders.