Nana Kwabena Ponkoh II from Atatoase in the Obuasi District of the Ashanti Region has emerged as the 2020 National Best Cocoa Farmer.

The 65-year-old farmer was presented with the prestigious award at the grand durbar for the 36th edition of the Farmers’ Day Celebration held at Techiman, the Bono Regional Capital on Friday 6th November 2020.

He has a total of 72.11 hectares of cocoa farm in Obuasi; producing over 3200 bags of cocoa annually.

The National Best Cocoa Farmer expressed profound gratitude to the COCOBOD Chief Executive for the honour and touted the Productivity Enhancement Programmes as being pivotal to his attainment of the national award.

He also encouraged the youth to go into farming, particularly, cocoa farming; asserting that “the government is providing a lot of assistance to us farmers making farming beneficial and making us proud to be called farmers.”

They were each presented with a Single Cabin Mini Truck, a dual-purpose Motorized Slasher/Pruner, a Motorized Spraying Machine, Protective Overalls, Safety Goggles, Respirators, Hats and many other items. 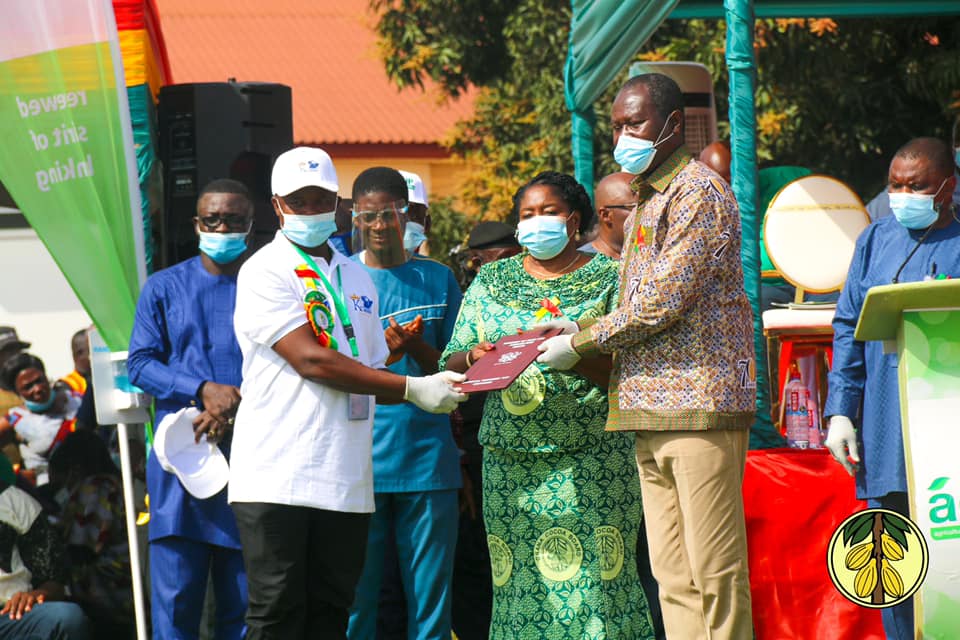 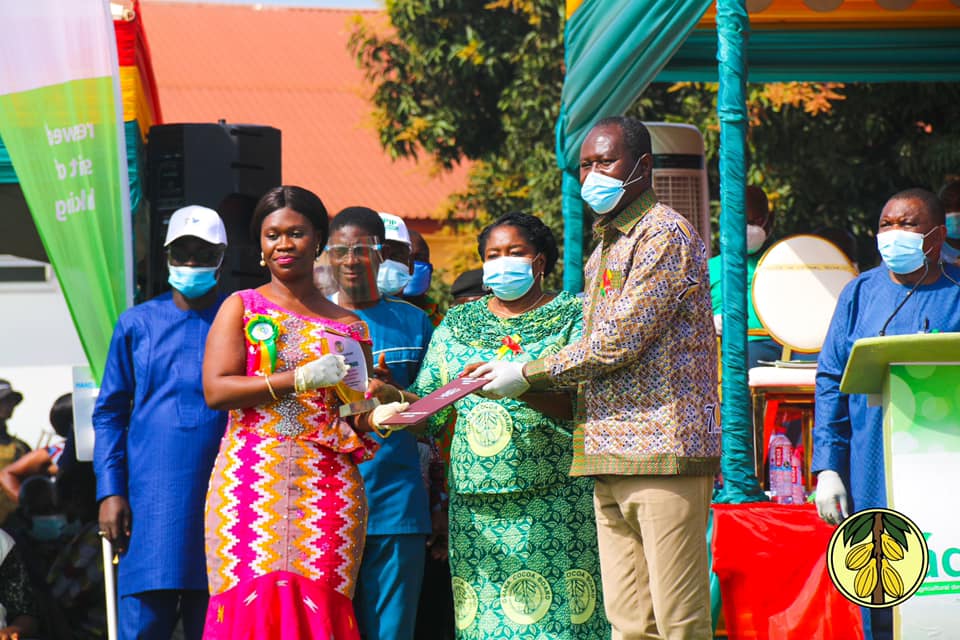 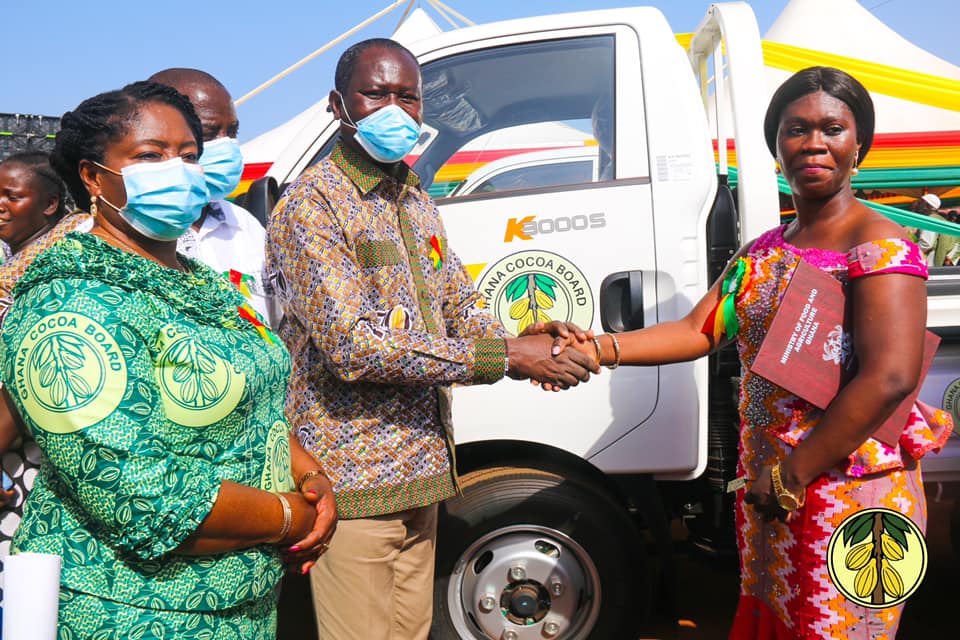 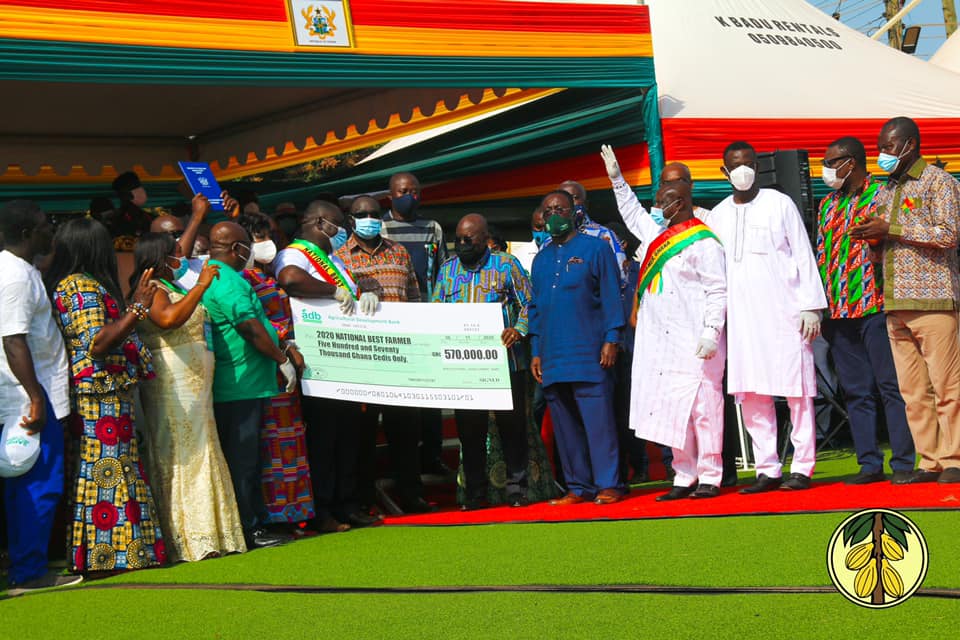