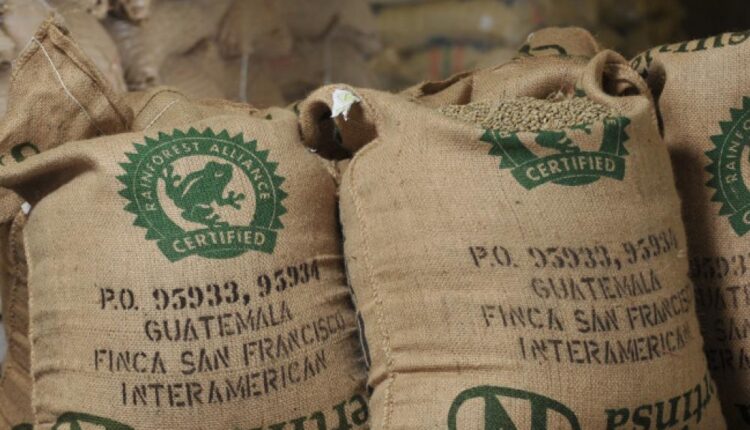 JoyNews investigations have uncovered how some Licensed Buying Companies and farmer society groups illegally rent their certification licenses to businessmen to enable them to export regular cocoa as certified ones.

It came to the fore that a certification license could be rented out for as high as a million cedis to businessmen.

However, in many cocoa growing areas across the country, there’s a blatant abuse of the system giving rise to a situation where some LBCs do not pay the appropriate premium and also pass regular cocoa as certified.

In the latest Hotline Documentary dubbed Robbing The Poor, investigative journalist Kwetey Nartey probed these underhand dealings that make the farmer poorer defeating the purpose of the Cocoa Sustainability Programme by dealing with certification bodies as one of the managers of new LBC, Equator.

In April 2019, UTZ, a cocoa certification standard body, sets up its Cocoa Assurance Plan which included a temporary ban on any new cocoa certifications in Ghana and Cote D’Ivoire. Applying for a new license is out of the question.

In this exposé, the investigative team decided to go on a hunt for licensed buying companies or interest groups in the cocoa sector willing to trade their license.

Hope Wordu, an official of the Business Assurance BV, a certification body, was willing to assist in the process to obtain a certification license through shady deals with officials of LBCs and CSO in the cocoa sector.

Hope who also works with two certification bodies took a commitment fee of $1000 to start his work.

He opened up on how he will work the documentation when UTZ/Rainforest Alliance lifts the ban to enable the undercover team to certify its own farm group for the certification process, part of which may be genuine, while a significant part will be falsified.

He even admitted his actions could attract sanctions from the certification standards body if caught. But, for him, the gains outweigh the odds.

Mr Wordu knows very well why farmers are being exploited by some LBCs that have signed up for the certification programme and admits that the 25% of cash premium must be given to farmers.

In all, we will spend fewer dollars on securing UTZ/Rainforest certificate if we engage his services.

We agreed to a commitment fee of $2,000 after signing a contract with him. A project management fee of $1,000 for 12 months, ten per cent of the total premium received from UTZ/RA certified procurement. He set up a meeting with Abraham, one of the senior managers of a licensed buying company in the country.

He elected Hope to be his spokesperson during the meeting. They expressed their willingness to give the undercover team their RainForest Alliance certificate to sign an agreement and ship certified cocoa to a ghost chocolate company.

Abraham pledges that the team can use their RainForest certificate and pay ¢140,000 as renewal fees. Hope steps in to reassure the team that this practice is general conduct among some licensed buying companies. He says some companies are actually trading with other companies’ certificates.

In this case, he adds that the undercover team needs to do a bit of training for the farmers to cover up the fraud.

To ascertain how deep this canker is in the industry, the undercover team requested a meeting with another cocoa interest group willing to sell their certificate to me. Hope introduces the team to officials of farmer-based association Kookoo Pa.

Its Executive Director, Fred Amponsah and one Ibrahim were present at the discussion which centred on how much each would gain if the deal is pulled off successfully.

The conversation then shifted to the shady details of using their certificate to export cocoa to chocolate producers.

Hope admits that this act is illegal. But for him, in business, interest matters more than standards.

It will cost the team GH¢1 million to own the certificate of Kookoo Pa farmer-based association. The executives presented the team with two certificates as proof of how serious they were in engaging the team.

To industry players, this issue should be a matter of concern.

Selling the certification standard is an affront to the integrity of the program. Country Director of UTZ/RA spells out what it could cost them if such evidence is presented.

The regulator, COCOBOD knows what this means to the industry. Head of Public Relations Fiifi Boafo says bending rules under the certification programme should not be condoned.

Clearly, it is those in charge of setting the standards for poor cocoa growers who are rather breaking the rules.

But, this breach of protocols, meant to attract sanctions, is rather making these crooked officials better off, while farmers sink deep in poverty.

It may appear to be a simple case of poor implementation of the cocoa certification programme.

However, this is a complex, dubious, deliberate practice of sidestepping the processes and paying cash premiums to farmers for the purchase of conventional cocoa bagged as certified ones.

When JoyNews contacted officials of Olam Ghana and Nyonkopa cocoa buying companies they said their international office hasn’t given them any clearance to speak on the issue.

Officials of Kuapa Kooko also did not provide responses to the team after they had requested for a formal letter detailing questions we wish them to answer.

Demystifying The Cocoa Sector in Ghana and Côte d’Ivoire