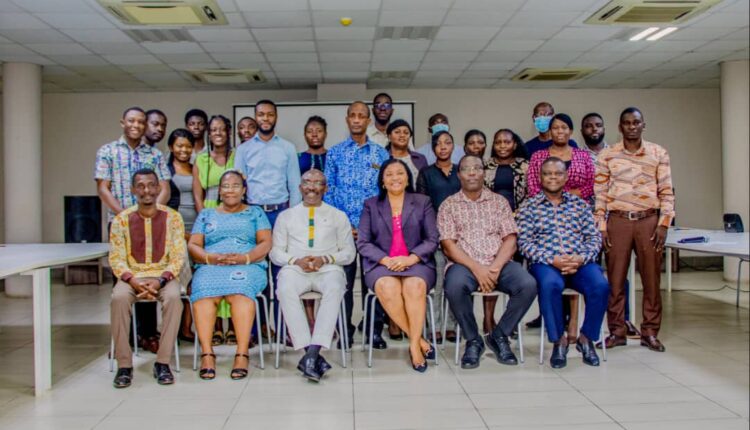 He made the call at a sensitization programme on a new Code of Practice (CoP) for cashew planting material production on Wednesday, August 3, 2022, in Accra.

The Code was developed by the MEDA Farmers’ Economic Advancement Through Seedlings (FEATS) project in collaboration with the Ghana Standards Authority (GSA) and with funding from the Canadian government through Global Affairs Canada (GAC).

The development plan includes the requirement for the production of over 19 million improved grafted seedlings to help establish the needed cashew plantations to bring Ghana’s total output of Raw Cashew Nuts (RCN) to the target of 300,000mt by 2027.

However, to achieve the targets set in the development plan, especially to increase production from 80,000MT to 300,000MT, Mr Austin explains, “We will need to do two things: (1) increase area cultivated under cashew, and (2) improve the productivity of our cashew plantations.”

He added that “In this era when we have to keep environmental sustainability foremost in our minds, it is important that we focus on increased productivity rather than merely expanding area cultivated under a particular crop. In replacing old farms or even cultivating new ones, it is very important that quality grafted seedlings are used. This is because cashew plants raised from sources other than grafted seedlings will show variation in morphological and economic characteristics, leading to unpredictable performance.”

Mr Austin, therefore, called for the use of grafted seedlings with quality scions to improve the productivity of Ghanaian cashew farms.

He also expressed the hope that the newly established Tree Crop Development Authority would among other activities provide the right environment for cashew farmers in Ghana to improve their productivity.

Commenting on the Code, the Chairperson of the GSA Technical Committee for the development of the Code of Practice, Bernard Boateng, observed that Ghana’s cashew industry was not well organized.

He was however optimistic that with the introduction of the Code, the industry would now be properly organized to ensure that the contribution of the cashew subsector to Ghana’s economic growth and development increases.

We Will No Longer Sell Cocoa With A Negative Premium