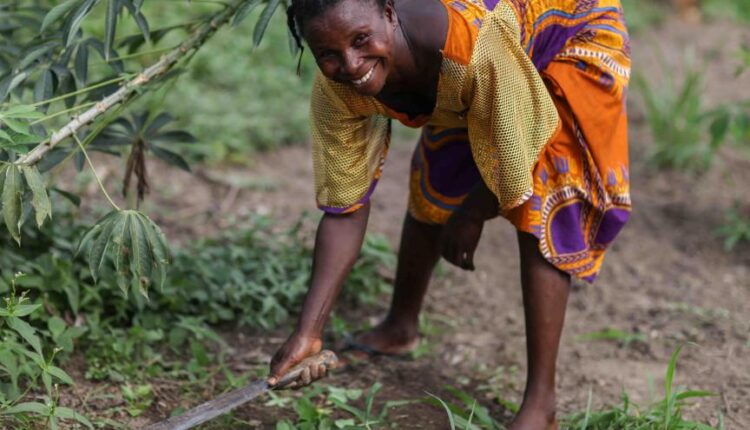 The Chief Executive of COCOBOD, Joseph Boahen Aidoo, hinted that from October 2019 cocoa farmers would be introduced to motorised slashers to reduce the use of hoes and cutlasses in farm maintenance.

He insisted, however, that such support as the motorised slashers can only be accessed by recognised farmer cooperatives, urging all farmers to embrace the cooperative system.

The motorised slashers and pruners, Mr Aidoo explained cocoa farmers will be able to access the equipment through cooperatives, hence urged all farmers to register with cooperatives.

As part of the benefits of the cooperatives, farmers would access training and technical recommendations on best on-farm practices that would ensure higher yield per acre than previously.

He said the Cooperatives would be encouraged to set up and operate input shops to facilitate access to quality farm inputs for the desires results.

Mr Boahen Aiddo explained the establishment of cooperatives fell in line with the vision to have the cooperatives form farmer service companies in cocoa districts and regions, to provide essential services such as pruning, weeding and spraying of cocoa farms.

He pointed out that technology will play a key role in the development and mechanisation of cocoa farming.

The Cocobod boss stated, in line with that data will soon be collected from members so that those eligible for subsidized agriculture inputs, including fertilizer will receive a text message indicating the amount and quantity to enable them to access them.

Mr Aidoo pointed out that plans were afoot to introduce technology in cocoa farming to aid farmers with information on their farms through their mobile devices.

This, he noted, tied into plans to ensure that cocoa farmers recognise farming as a business.

He was hopeful all these interventions would contribute to improving the incomes and living conditions of cocoa farmers, who are indeed the backbone of Ghana’s economy.

The Farmer Cooperatives in the Cocoa Sector Initiative formalizes cocoa farmer groups and associations into cooperatives.

As of the launch, a total of 101,796 cocoa farmers have been mobilised into 512 farmer cooperatives across COCOBOD’s seven cocoa regions.

COCOBOD hopes to utilise these cooperatives to extend training and proven agronomic practices, quality inputs and facilitate access to financing for all farmers.

Ghana’s Deputy Minister of Food and Agriculture in charges of crops, George Oduro, addressing a durbar in the country’s second city of Kumasi said, the government is working to eliminate all hindrances to higher cocoa yields.

He believes interventions as this coupled with others should reposition Ghana to its former glory as the world’s top cocoa-producing country.

He cautioned that farmers who do not join any of the cooperatives risk not benefiting from government intervention in the Cocoa sector.

“One very critical thing that has been overlooked over the years is the power of unity. Our elders say Unity is strength. But most Ghanaians, especially those in the cocoa sector have not done much to unite themselves and work towards a common goal”, he noted.

According to him, the “government has since January 2017 has worked very hard to make the cocoa sector very lucrative in an effort to get more Ghanaians, especially the youth into the cocoa sector.”

The Deputy Agriculture Minister noted several global and national bodies, including the United Nations, the International Labour Organization, and the International Co-operative Alliance, agree that the cooperative enterprise is relevant for addressing all scopes of poverty reduction and exclusion, hence the government’s support for this initiative.

Chief among the challenges confronting cocoa farmers is the issue of access to financing to support their farming businesses.

Expectations are high that these cocoa farmers cooperatives would cultivate and maintain trustworthy relationships with financial institutions, which in turn would give them easy access to less expensive loans.

The Cocoa Health and Extension Division[CHED] of the Ghana Cocoa Board in collaboration with GIZ initiated the concept of Cooperatives Business School [CBS] to promote the formation of farmer cooperatives to enhance extension service delivery.

It is also to influence a change in farmers’ perception of cocoa farming and encourage them to approach farming as a business.

The initiative is a key component of the COCOBOD Farmers Business School [FBS] programme.

Since its inception in 2010, 165,962 cocoa farmers have been successfully trained under FBS.