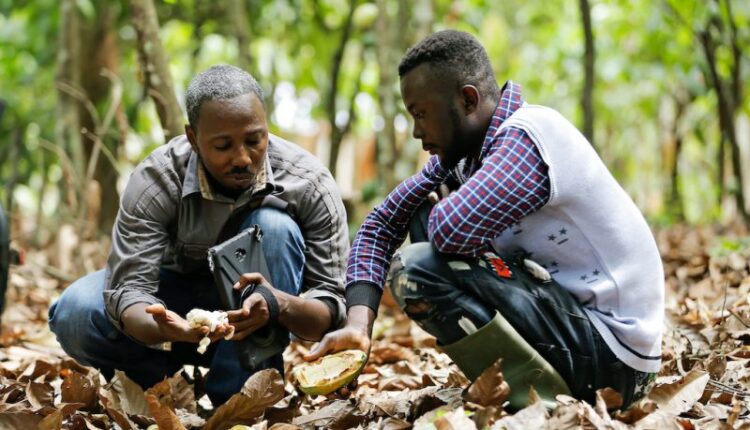 The global Rainforest Alliance group has released its latest annual report, detailing projects with over two million certified farmers in over 70 countries on key social and environmental challenges including farmer livelihoods, child labour and deforestation.

As the organisation explained, its evidence base, from scientific data and vast field experience, provides insights into the strengths and limitations of its international programmes and seeks to evaluate how it can improve its effectiveness further.

The annual review will include monitoring and assessing its results to help build farmers’ resilience, enable them to withstand pandemics,  and adapt to the effects of climate change.

Coinciding with the release of the report, the organisation is also releasing a new seal mark which is being made available from the beginning of June.

It can be used on product packaging and promotional materials from September 1, 2020.

Its development represents the sustainability journey of continuous improvement that the organisation is taking to reach its mission of ‘creating a better future for people and nature by making responsible business.’

Within the organisation’s wide-ranging report, there are a number of key case studies including its work with the cocoa sector.

One of its most prominent cases in this segment has been an initiative in Lake Poso, Central Sulawesi, Indonesia. Its team have worked with cocoa farmers in the lakeside district of Pamona Seletan since 2015.

However, as the organisation revealed, clashes between ethnic groups ravaged the region between 1998 and 2007—but a decade on, former enemies have found unity in sustainability.

Since achieving certification, the Karya Bersama cooperative’s 500 farmers have seen yields increase by as much as 20 percent. And now they are leading the charge to clean up Lake Poso—helping to expand our sustainable agriculture program to five more villages and to develop a natural resource management plan.

This is being spearheaded by its FarmGrow scheme, which puts mobile technology to use as never before.

As the alliance explained, the project brings its agricultural experts together with farmers, traders, and manufacturers to create seven-year plans tailored to meet the specific needs of an individual farm—and makes the plans available on mobile devices.

What’s innovative about the initiative—and potentially life-changing for farming families is that the data collected on farms flows back to the farmers, so they can use it to refine and adapt their plans.

Each plan also includes a profit-and-loss statement, which no other farming app features, to help farmers plan for on-farm investments.

As a measure of its success, in 2019, FarmGrow expanded from 1,200 cocoa-farming households in Indonesia to include 3,300 more in Ghana and Côte d’Ivoire.

Writing in his foreword to the report, board chairman Daniel Katz, welcomed the range of progress that has been made across its global initiatives, which he said remained work in progress as it continues to make progress in relation to sustainability and environmental protection goals including its certification scheme.

He said: “In our experience, certification is most effective as part of a broader effort to cultivate thriving and sustainable rural economies across vulnerable landscapes.

Throughout the year, we supported farm groups and forest communities in implementing land management strategies that address common concerns affect – ing their livelihoods and community well-being, such as watershed conservation.

“We also developed technology for better farming. Our newly expanded FarmGrow initiative, for example, uses mobile devices to deliver individualised farming plans to thousands of cocoa farmers to help them increase their yields as much as three-fold. The success of all our efforts is greatly enhanced by favourable policies. Our advocacy team works to advance legislation and policies that support farming and forest communities.”

“In Guatemala, for example, we partnered with local groups on a national advocacy effort that yielded a major success in 2019: a 25-year extension contract for the first of nine community forest concessions. These concessions, managed cooperatively by our longtime partner communities in the Maya Biosphere Reserve, have achieved near-zero deforestation and net forest recovery—in tandem with a thriving rural economy. Throughout the year, our advocacy team continued its ongoing local, regional, and international advocacy efforts to advance sustainable forest management, foster shared responsibility across supply chains, and enable climate resilience and economic stability for rural producers.”

The group has taken on a diverse range of other work during the past year, including responding to the crisis of deforestation and fires in the Amazon rainforest by launching an emergency fundraiser on Instagram for frontline groups. The crowdfunding campaign went viral, and raised USD $1.2 million in less than three weeks for Amazon frontline partners in Brazil, Peru, and Colombia.

In addition to its core annual report, Rainforest Alliance has also just release its latest impact reports for a number of segments of its work, including within the cocoa sector. As the organisation explained, it launched its Cocoa Assurance Plan in April 2019, which sets forth a stricter approach to cocoa certification in West Africa.

As part of this initiative, it made the decision to temporarily halt the expansion of our cocoa certification programs in Ghana and Côte d’Ivoire until significant improvements areobserved. The goal of this controlled growth, along with new, stricter mapping requirements, is to provide the highest level of assurance regarding the conditions under which certified cocoa is produced.

Its 2020 standards will take this focus on improved assurance even further. Expanded mapping requirements, investment in technology, and a stronger risk-based approach will allow the group to monitor and halt expansion of certified cocoa farms into forested land.

Further, through its new “assess and address” approach to child labour, the organisation is  working with farmers to identify and eliminate the root causes of human rights abuses. And by requiring the payment of a sustainability differential and promoting other ways for markets actors – including retailers – to directly invest in more sustainable production, it is helping cocoa communities improve their livelihoods and move toward a better future.

While the environmental impacts of cocoa certification have been less studied, the available evidence is positive. One study showed that Rainforest Alliance Certified cocoa farms had a higher density of shade trees than non-certified farms. A second study found that certified farms reported positive change across a range of environmental indicators, including forest health, biodiversity, soil fertility, and water quality.

Protecting Forests As An Economic Proposition For Cocoa Farmers