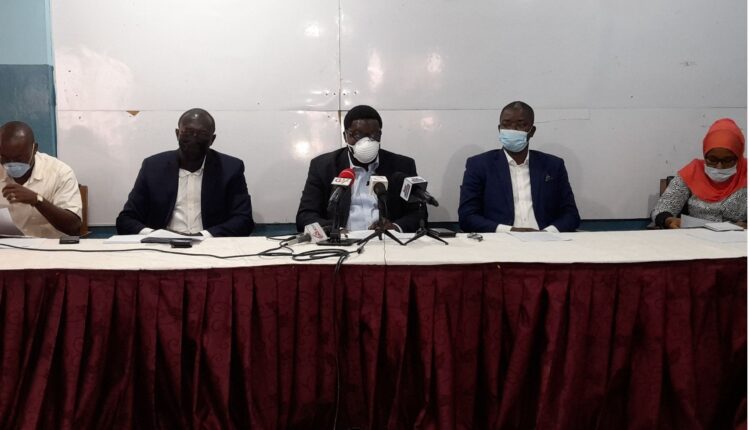 The Licensed Cocoa Buyers Association of Ghana (LICOBAG) has dismissed reports in the local media claiming that buyers are indebted to cocoa farmers running into several months.

Reacting to the allegations at a press conference in Ghana’s capital Accra, president of the body Samuel Adimado, appealed to cocoa farmers with complaints to reach out to district managers for urgent resolution.

“Since October, they have been paying us in ‘tots’. When we send our cocoa to the buying companies, they buy it but they don’t give us the money. The ‘tots’ payment I am talking about is that when you send your cocoa and let us say it is GH¢600.00, the buyer will pay you GH¢100, GH¢200, but they don’t pay you in full,” President of the Ghana National Cocoa Farmers Association (GNACOFA), Anane Boateng Stephenson, told Accra-based radio station 3FM.

Although not discounting the possibility of such experiences, LICOBAG insists these are isolated cases.

“We believe that, as an association, one farmer means a lot to us. One million farmers in Ghana, but even if we take the complaints that are coming so far, we are not even exceeding twelve farmers complaining out of the one million,” said Eric Botwe,  Senior Vice President and Business Head – Cocoa at Olam Ghana Limited.

He said the association found reports that some farmers have not been paid up to 270 days after delivering their cocoa very disturbing.

“That a particular farmer who has delivered cocoa, let’s say a bag or two, for the past 9 months and will not have been paid, it is not possible. Our social structure does not allow that to happen,” Botwe maintained.

“However, even if there is that situation, we have a structure which we are supposed to follow – the purchasing clerk reports to a district manager, the district manager reports to a regional manager and the regional manager will be reporting to management. How come that this poor farmer has not been paid and still these structures have not been used?” he quizzed,  adding “and we pick up this information mostly from our noble media”.

Mr Botwe said the association and its membership are open to working with any unpaid farmer who steps forward to ensure that justice is done.

LICOBAG insisted that cocoa farmers have been paid in full for beans sold in the main crop season, which spanned October 2020 to mid-June 2021.

Presently underway is the light crop season, which opened on July 2 and is due to close in September.

“As we are speaking we are in the light crop season and all cocoa picked from the main crop season has been paid for from our records,” Samuel Adimado emphasised.

He admitted though the crop year had been a little jerky in reference to earlier reports of delayed payments, which the regulator had attributed to the negative effects of COVID19, which has adversely impact markets and supply chains globally.

In spite of the challenges, Ghana, the world’s second-largest producer of cocoa beans, is said to record the highest harvest in its production history, smashing a 10-year record.

COCOBOD procured a perrenial syndicated loan of $1.3billion to procure a projected 850,000 tonnes of beans.

However, uncomfirmed reports suggests purchases so far are in excess of 1 million tonnes, 8 weeks ahead of the close of season.

“This situation that we are facing is a first in the industry. So it’s not as if this is a norm.  We know that we are in abnormal times. This has never happened before,” observed Hajia Mariama Adamu-Zibo, Managing Director of Federated Commodities (FEDCO).

She added that “we have always done pre-financing, this is the first time that because of liquidity situation, generally, which is beyond all of us that we have found ourselves into a peculiar problem.”

“For this reason, we encourage all cocoa farmers who may have in any way suffered any delay in payment to draw the attention of District Officers of the LBCs concerned, in case the Purchasing Clerks (at the society/village level) in their communities have received funds and have yet to make due payments to the farmers after receiving their cocoa,” Samuel Adimado, the LICOBAG president, concluded.