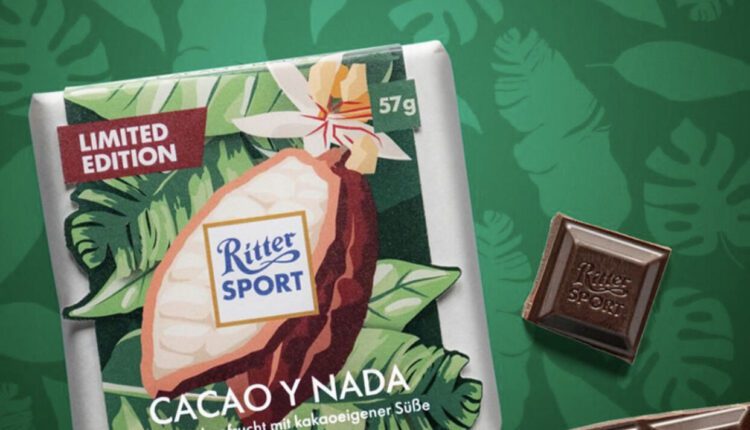 The German chocolate manufacturer Ritter Sport is embroiled in a row with food law regulators after being told it cannot call its latest creation a chocolate bar because it contains no sugar, The Guardian has reported.

RitterSport, which has been producing chocolate at its factory near Stuttgart for more than 100 years, and has attracted something of a cult following over its frequent new ranges, has been told the new bar contravenes Germany’s strict cocoa regulations.

The so-called Kakao-Verordnung deems that anything labelled as chocolate must contain cocoa mass, cocoa powder, cocoa butter and sugar.

But Ritter’s new bar, called Cacao y Nada (cocoa and nothing) is 100% cocoa, sourced from its own plantation in Nicaragua. It is sweetened with cocoa juice, which is naturally found in the pulp of the cocoa bean and increasingly recognised as a product in its own right because of a naturally sweet taste said to resemble that of lychees. It was first approved as a foodstuff by the EU almost a year ago.

The use of cocoa juice instead of sugar has led German food regulators to say that Cacao y Nada does not fit its definition of chocolate.

Confectioners who break the “cocoa rule” risk being fined and banned from selling their product.

Ritter Sport has been family run since it was founded in 1912, and is famed for its 100g four-by-four square bars – the idea of its co-founder Clara Ritter, who wanted something that would comfortably fit into a sport jacket pocket.

It has accused German food regulators of being out of step with modern trends, not least the move away from sugar towards healthier alternatives.

“It is absurd that a chocolate, which is totally made out of cocoa and does not need any added sugar, cannot be called chocolate,” Andreas Ronken, Ritter Sport’s CEO, told German media. He pointed to the example of alternatives to meat in which vegetarian sausages and burgers are made out of other foodstuffs. “If sausages can be made out of peas, chocolate should not have to have sugar in it,” he said.

The company has provisionally agreed to bring out the new bar under the label Kakaofruchttafel or “cocoa-fruit bar”, but has said it will put pressure on the authorities to change its rules.

“Our food laws need to keep up with innovations like this,” Ronken said. “They must wake up – this is the new reality.”

Ritter Sport employs 1,650 workers and exports to more than 100 countries in the world, but has suffered a significant dent in its turnover during the coronavirus pandemic mainly as a result of the loss of lucrative duty-free sales at airports.