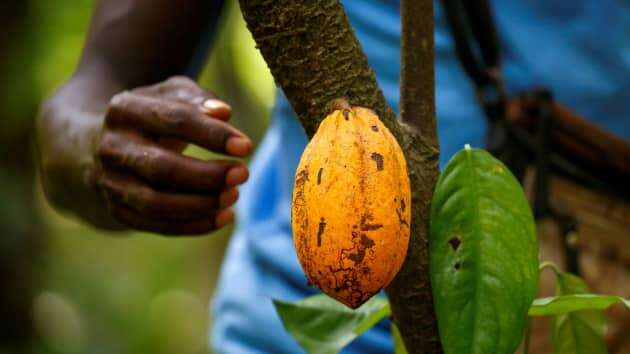 The US Supreme Court has made a ruling absolving food giants Nestle and Cargill of any wrongdoing in a child slavery suit brought against them by six men from Mali.

The apex court’s decision effectively reverses a lower-court ruling that backed the men on their claim that they were trafficked as child slaves to work in Ivory Coast cocoa farms that supplied cocoa to the companies.

By a majority 8-1 decision the US Supreme court panel stated in the ruling that the six Malian men “had no standing because the abuse happened outside the US,” the BBC reported.

According to CNBC news, the president of the panel, Justice Clarence Thomas, wrote that the U.S. Court of Appeals for the 9th Circuit erred in allowing the suit on the grounds that Nestle and Cargill had allegedly made “major operational decisions” in the United States.

Thomas said the six plaintiffs, who are from Mali, West Africa, improperly sought to sue under the Alien Tort Statute for conduct that occurred outside the United States.

He also noted that the plaintiffs had failed to establish that the conduct relevant to the ATS “occurred in the United States … even if other conduct occurred abroad.”

The six men had alleged in their suit against Nestle USA and Cargill that they were forced to work on the cocoa farms for 12-14 hours a day, paid pittance, and kept under armed guard, even when they slept, to prevent them from escaping.

Hoffman insisted that the two companies, Nestle and Cargill, control every aspect of what goes on in the production of cocoa in Ivory Coast, “and they should be held accountable for abetting a system of child slavery.”

Reacting to the Supreme Court’s ruling in a statement, Nestle said, “Nestlé never engaged in the egregious child labour alleged in this suit, and we remain unwavering in our dedication to [combating] child labour in the cocoa industry and to our ongoing work with partners in government, [nongovernmental organizations] and industry to tackle this complex, global issue.”

Cargill in its statement said, “The Supreme Court’s ruling today affirms Cargill’s analysis of the law and confirms this suit has no basis to proceed.”

“Regardless, Cargill’s work to keep child labour out of the cocoa supply chain is unwavering. We do not tolerate the use of child labour in our operations or supply chains and we are working every day to prevent it,” Cargill’s statement added.

Meanwhile, human rights activists who were in support of the group’s case have expressed their disappointment with the ruling.

Collingsworth disclosed that his legal team would file a new lawsuit.

Ivory Coast is the world’s largest producer of cocoa beans, accounting for about 40% of the global supply. The United States of America is a major export market for the country’s cocoa.

The US Department of Labor in its 2020 report estimated that there are 1.56m children working on cocoa farms in Ivory Coast and Ghana.

But the report has been rejected by the West African nations.