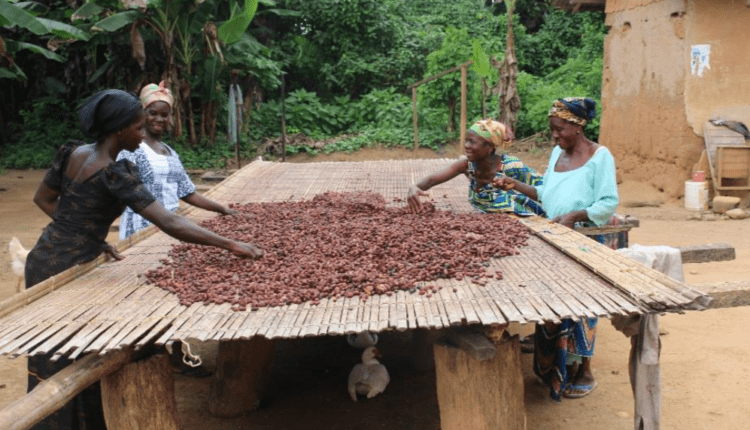 A total of 15,600 female cocoa farmers in Ghana are to benefit from a £257,000 Cadbury Farmer Resilience Fund grant to set up a range of climate-smart small enterprises.

The women are part of nine partner cocoa farmer cooperatives within Mondelēz International’s Cocoa Life programme in Ghana with a membership of 22,500.

Among others, the facility is hoped to help the beneficiaries build the resilience of farming communities during an unprecedented year where COVID19 has slowed down the global economy.

The new ‘Cadbury Farmer Resilience Fund’ is said to be designed to protect cocoa farmer livelihoods during the COVID-19 pandemic by providing grants that will empower thousands of women farmers to start small businesses and earn a decent living, according to a press release copied to Cocoa Post.

The fund emerged from an existing partnership between Mondelēz International and Fairtrade under the Climate Change and Organisation Strengthening Programme.

Research has established that compared to their male counterparts, women cocoa farmers face multiple barriers that limit their ability to earn enough to afford a decent standard of living.

Lack of access to land and capital, limited access to credit and financial services and inadequate technical skills and knowledge when it comes to cocoa production are some notable challenges these women contend with.

The situation often affects their ability to contribute meaningfully to the family income as well as set up businesses of their own to improve their personal financial standing.

Financial independence for all women is very important as family food security and nutrition, education, health and child protection are closely linked to women’s wellbeing and empowerment in cocoa-growing communities.

“Not earning enough income presents a missed opportunity for women and their families in cocoa-growing communities to really thrive. This grant facility was specially designed to boost options for women and girls to earn a bit extra on top of their income from cocoa production”, said Yaa Peprah Amekudzi, Head of Cocoa Life in Ghana.

Officials explained, the grant application process was carefully designed to take into consideration the needs of female union members, in particular, ensuring more women were supported to apply and implement their plans.

Deliberately non-competitive, the total amount of the grant was divided between the nine cocoa farmer unions, with special consideration for membership strength as well as a 25% uplift for women.

“The deliberate focus on gender, and the amount each union was allowed to apply for prompted very lively discussion amongst union leaders. They gave a lot of attention to women’s lived experiences and what might benefit them – allowing women’s voices to surface and shape the projects put forward for funding. They chose crop-related activities that were most relevant to women. They also sought funding for getting women’s enterprises up and running – the types of businesses that women would want to own and lead in the future, from beekeeping to soap making”, noted Dr Louisa Cox, Director of Impact at the Fairtrade Foundation.

Fairtrade is the implementor of the Climate Change and Organisational Strengthening Programme which forms part of Mondelēz  International’s Cocoa Life Programme.

According to Fairtrade, as a result of the £257,000 grant, an estimated 2,500 women are projected to benefit from employment opportunities, 1,350 from training on soap and breadmaking, and some 5,000 more to participate in planting alternative food crops – such as maize, cassava and vegetables – to sell at the local market.

It explained that several activities overlap, with multiple women participating in different activities.

Other businesses approved under the facility include cassava processing, fish farming, beekeeping and poultry projects, with training support for young people to work as production labourers or in sales and marketing.