The cost we pay for being complacent 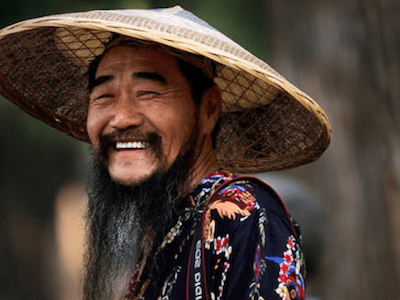 I am sure when we heard of China’s first export of 500 Kilograms of cocoa beans to Belgium we cringed asking ourselves, can China produce cocoa beans?

Well, for me, I have rather wondered exactly what pride there is in being acclaimed as the second-largest producer of cocoa beans in the world when the producers of the beans are among the poorest in the world.

I am sure, by the heading of this article, most people who are well-versed in economics (demand and supply) are likely to conclude how crazy I am to even think of this.

This article hopes to highlight how China’s entry into cocoa production, as a crown to the ongoing threatening actions from stakeholders in the value chain, could finally wake Ghana up from her slumber and stop assuming that Ghana having the “conducive cocoa-growing environment” and the “premium-ness” of our cocoa beans is anything to be proud of.

As reported by GhanaWeb, Ghana Cocoa Board says there is “no need to panic”. In this article, I will argue that China as a new entrant into global cocoa production isn’t only a threat to the livelihoods of our cocoa farmers but also a huge threat to the sustenance of the cocoa-related Foreign Direct Investment in Ghana, whose sponsors are clearly not in support of the US$400-per tonne Living Income Differential and the general cost of doing their business.

Even though it is hard to be optimistic about improving cocoa farmers’ livelihood now and in the future, I would conclude with a suggestion for Ghana Cocoa Board to develop a strategy as a matter of urgency to carefully respond (not react) to this development for the benefit of our smallholder cocoa farmers and the millions of Ghanaians who depend on the cocoa sector for their livelihood.

The Threat of China’s Geographical Characters

As indicated in Graph 1, China has the biggest forest cover, such that Ghana and Ivory Coast’s forest cover joined together forms only 5% of China’s total forest cover.

This will lead to an oversupply of cocoa beans in a market that is already oversupplied. When the oversupply results in the plummeting of cocoa prices to unsustainable levels, the Ghana Cocoa Board may most likely become frustrated and, as seen in the country’s downstream petroleum sector, possibly deregulate the cocoa sector exposing cocoa farmers to directly face the world market volatility.

Definitely, this is a probable complication worth pondering if Ghana Cocoa Board would like to still exist as an organisation funded by farmers. In such a scenario, what will happen to the Living Income Differential (LID) levy, if buyers have an alternative reliable supplier who is not charging LID? That’s a matter to discuss later.

When it comes to irrigation China performs miracles. According to the Food and Agriculture Organisation (FAO) through the analysis of Lijuan, et al., 2019, China has not only been able to ensure that 52% of their arable lands are effectively irrigated, but they have also been able to achieve out of this effective irrigation, an increase in grain production from 113.18 million tons to 616.24 million tons (444.5% increase) between 1949 and 2018.

As announced by the South China Morning Post Chinese Scientists have already developed water-saving irrigation that will allow farmers in dry areas to even reduce their water usage by an average of 25%. So, Ghana and Ivory Coast shouldn’t for a second brag again about having a tropical rainforest, as climate change has made our reliance on rainfall more harmful than good.

In addition, Ghana’s cocoa-growing communities are suffering from the scourge of illegal gold mining (galamsey), which some people claim is being perpetrated by Chinese miners, yet we forget to ask ourselves whom the Chinese collaborate with to “illegally” mine our gold, destroy cocoa farms and rape the environment.

Even though governments are doing their best to bring a stop to this, it remains a threat to cocoa farming. So, this should tell you that from an environmental standpoint, Ghana and Ivory Coast are at a disadvantage. China is ready to flex its muscles on us with no turning back.

China is an emerging market for Chocolate as compared to Europe whose chocolate market has matured. Like Africa, China is trying its teeth on chocolate which is deemed a luxury product for many in developing markets.

However, China is one-fourth of the world’s population, hence, a slight percentage increase in chocolate consumption would mean a huge increase in cocoa beans usage. China may have joined the league of cocoa producers, but their economy is too industrialized for them to allow their cocoa beans to move outside of its borders for processing elsewhere and imported back to feed their local industry or for consumption.

With China’s chocolate consumption consistently increasing as shown in Graph 3), their industrialised economy, access to cheap technology, a supportive political system, huge arable land for cocoa production as explained above, what would be the incentive for the Chinese government to keep importing cocoa beans or semi-processed cocoa products or chocolates?

To make matters worse, they exported their first sample to Belgium. The question is which chocolate factory in Belgium is buying Cocoa Beans from China? Why will they consider buying the beans from China, while Cocoa is already heavily oversupplied, by the kind courtesy of Ivory Coast?

Is the Belgium firm trying to forge a relationship with a potentially awesome supplier/market in the future? Was it to avoid the payment of the LID?

Isn’t it puzzling enough? To the Chinese, I would argue they are using their first export for research and development so that the critique or feedback they get could help them to improve and hence feed their internal market with the European standard. Well, it is a subject worth investigating further.

The threat of the Chinese Political system

When I sat in Yuen Yuen Ang’s Global Development Institute’s lecture in Manchester, she drew our attention to why we constantly get China wrong.

She highlighted that Yes, China is a party-state democracy with most party officials working as state officials.

However, with these state civil servants totalling around 50 million, with different layers of bureaucracies, they operate a meritocracy system with a set of KPIs to meet or exceed.

This system promotes and rewards the Chinese political elite according to the performance of their respective local economies.

This drives their aggressiveness to be highly entrepreneurial and to heavily utilize, to the maximum, the opportunities that come their way.

The Chinese political elite in the tropical areas is presented with an opportunity to boost their local economy not only with cocoa beans production but also cocoa beans processing to feed chocolate manufacturing factories in China and beyond.

The Chinese government has demonstrated the political and policy space to ensure that every chocolate manufacturing plant in China would buy only their cocoa beans regardless of the price tag, which will lead to a cut in their importation of cocoa beans from traditional producers like Ghana or Ivory Coast.

The other factor is their vast arable land and the probability for them to produce to supply the whole world at a cheaper cost, which can incentivise investors to shift investment in cocoa processing plants to China.

Investors, on the other hand, can weaponize the existence of the Chinese as the new entrant, to demand more incentives if Ghana wishes to retain their investment, creating a competitive FDI environment hence Ghana losing out a lot of money (through further tax exemptions and freebies) in the name of attracting/retaining FDI.

This then burdens domestic businesses and citizens with constant tax hikes from Governments as the price to pay for attracting FDIs, which by the way has hardly given us the net benefit as intended.

Ghana’s political system, like any other electoral democracy, doesn’t appoint, reward nor promote based on merits like that of China. So, from a political standpoint, we may have already lost to China.

To conclude I would like to highlight that Ghana, as compared to China and the EU, is not an industrialised economy.

It is easier and cheaper for industrialised economies, China and the EU to embark on backward integration, like China and Olam/Mondelez are doing by going into cocoa plantations.

So, in answering the question: Could China’s entry into cocoa production benefit Ghana, I would say yes.

Yes, in the sense that, it could help wake us up from our slumber and complacency, even though I am less hopeful at this stage what exactly we can do to strengthen our position against the risks China’s entry brings.

I do not know what is under the sleeves of Ghana Cocoa Board in terms of strategy, which informed their assurance that there’s “no need to panic”.

However, we shouldn’t forget that aside from the potentially devastating impact China’s entry could have on the livelihoods of cocoa farmers we are also dealing with threats from the EU to stop cocoa beans importation from Ghana.

In the short term, Cocobod may lobby the advocacy organisations in the EU who are vested in improving cocoa farmers livelihoods, to put strong pressure on the EU to commit to a signed agreement that ensures that the Chinese’s entry into the sector would not affect their sourcing from Ghana and Ivory Coast and the LID.

In the long-term, Cocobod could engage with the key stakeholders to discuss the cocoa-chocolate value governance, with the goal of ensuring that the cocoa farmer is able to capture value from other parts of the value chain (not just the cocoa price) so that the effects of cocoa beans price fall would not have too much impact on their livelihoods.