Lessons to be learned from the "DeBeers Diamond Dilemma" 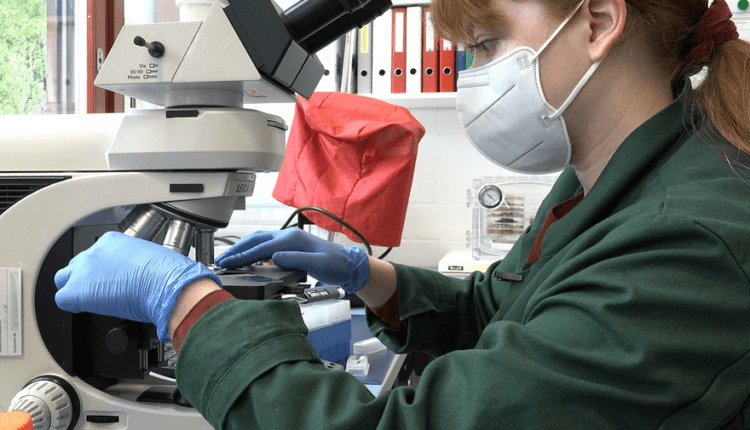 I am sure that most stakeholders in the Cocoa sector have heard about the fake “Lab-Grown Chocolate” project under trial in Switzerland.

This innovation which is being trialled as a possible solution to the “sustainability issues” raised in the cocoa sector has led to my concerns of whether what is sustainable is also ethical and which of these two should be paramount?

In this article, I will be looking at how the impact of this same “Lab Grown” phenomenon disrupted the minerals sector and the long-term implications of this new development on the cocoa sector.

I will also demonstrate the power of narrative and storytelling and how cocoa-producing countries have directly become complicit in cocoa farmers’ poverty and the economic unsustainability of the sector.

I will also profer some suggestions to Ghana’s cocoa sector regulator – Ghana Cocoa Board on how to strategise in the face of current developments.

It’s been reported that the Zurich University of Applied Sciences is currently growing chocolate in the laboratory.

Their objective is to play a role as scientists in driving the environmental sustainability agenda in its current framing, where deforestation and child labour seem to be the highest concern of lead firms in the value chain, other than the net loss cocoa farmers earn from the cocoa trade which perpetuates the sustainability issues they so claim to be passionate about solving.

But why am I being petty on an idea in just a lab which has been mainstreamed?

What do we know about the DeBeers Diamond Dilemma?

Reading the “DeBeers Diamond Dilemma” in 2018, brought me the inter-sectoral learnings that the cocoa sector could pick valuable lessons from DeBeers Corporation who felt that the emergence of lab-grown diamonds was going to be about “Product Authenticity” rather than a “well-crafted narrative that hit the soul of the buyer”.

The then CEO of Gemesis Corporations was quoted in 2007 in the Washington Times saying, “the mystique of natural diamonds has been built by the industry. One hundred fifty million carats of mined diamonds are produced every year, so they are not that special if you look at those”.

The Finance Director of DeBeers, the then supplier of 80% of the world’s diamonds, was quoted in Bloomberg on May 17, 2007, saying “We don’t see synthetic diamonds as a threat, but you cannot ignore it completely”.

Both the CEO of Gemesis Corporations and the Finance Director of DeBeers Corporation felt that the preciousness of natural diamond is felt by users from the point of it being a natural gem mined from the earth, hence lab-grown diamonds posed no threat at all to their business.

They underestimated the power well-told narratives about financial, political, and environmental effects that diamond mining posed was much more powerful than marketing campaigns for the status quo.

Politically, a movie like “Blood Diamond” was enough to get some diamond lovers switching course from natural diamond to synthetic diamonds.

For example, when DeBeers was allegedly accused as being involved in the blood diamond trade in the 1990s, that is, buying diamonds from a situation where it was defined as indirectly funding rebels in war in Angola, Sierra Leone, Liberia, and the Democratic Republic of Congo, it formed a perfect narrative to switch diamond purchase from taste (natural diamonds) to morality (lab-grown diamonds).

Secondly, because synthetic diamonds were produced in the lab, with no direct cost in mining the earth, their prices were 15% to 40% less than natural diamonds.

The cost consideration perfectly combined with the moral correctness to further drive many consumers to cross the carpet to synthetic diamonds.

Environmentally, the synthetic diamonds agenda setters posited that a karat of diamond required the extraction of tons and tons of earth mostly at the expense of humans and other wildlife, hence making synthetic diamonds eco-friendly.

Regardless of the progress DeBeers and other natural diamond traders have made to improve such horrendous situations, they couldn’t compete with a narrative that leaves a long-lasting moral and sympathetic imprint in the minds of people.

Today, according to Statista, a markets research firm, lab-grown synthetic diamonds will form 10% of the overall diamond market by 2030.

Any lessons for the Cocoa sector?

The current situation of the cocoa sector in Ghana and Ivory Coast with the emergence of the fake lab-grown chocolate can be likened to DeBeers and the lab-grown diamond.

The quantity of Cocoa production keeps increasing with Ivory Coast recording an annual production increase of 200,000MT while Ghana is on a flight with their 1 million tons productions in 2020/21 crop season.

As financialized commodities, cocoa and diamond react to supply and demand, hence the effects of this production-focused cocoa strategy in Ghana and Ivory Coast leading to an 8-month continuous price dip in this cocoa crop season (2020/21). See graph 2.

China’s entry as I have predicted, but downplayed by Ghana Cocoa Board, will also in the future contribute to oversupply, hence further dipping the price of cocoa.

Olam and Mondelez are already pumping millions of dollars in their experiment for new sustainable cocoa production technologies geared towards increased cocoa beans quantity per tree, on a 1000-acre nucleus cocoa plantation in Indonesia.
When successful, they intend to scale throughout the Indonesia region. The aim is to create the world’s sustainable commercial cocoa plantations.

This will increase cocoa production, hence further driving down the price of the crop millions of people depend on in West Africa.

After all this, chocolate, the very product which cocoa beans are mostly used to make is going to have its lab-grown substitute.

Like DeBeers, reality denials in the cocoa sector, plus strategic chocolate manufacturers who are happy in disguise, would initially argue how lab-grown chocolate can never compete with chocolate made from naturally-grown cocoa.

But remember, the current global business terrain is heavily influenced by environmentally and ethically conscious consumers, with firms being scrutinized using the “Environmental, Social and Governance (ESG) Investing” framework.

So any sort of ‘solution’ that satisfies consumers emotional uprightness and business organisation’s ethical reputation, will be adopted without an argument.

A lot of campaign groups and advocacy organisations are relentlessly campaigning against consumer patronage of businesses and brands whose activities can be framed as being complicit around issues like child labour, deforestation, etc.

That is good reason enough not to downplay Europe’s agenda for fake or lab-grown chocolate to replace conventional chocolate made from natural cocoa.

This is not different from the narratives fake lab-grown diamond producers used in grabbing a part of the diamond market.

We have learned about scientists at the Zurich University of Applied Sciences (zhaw) trialling artificial lab-grown chocolate with the narrative of it being the sustainable alternative to conventional natural cocoa-based chocolate which contribute to child labour, deforestation, etc.

They are not only being supported by the German government through its Federal Ministry of Food and Agriculture and also by the Zurich University of Applied Sciences, but they have actually been armed with the well-scripted narrative of child labour and deforestation in the cocoa industry.

QOA’s mission is to substitute a bigger chunk of the 5.5 million pounds of chocolate consumed every day with a bar of fake cocoa-free chocolate, by 2035.

They aim to have a price that is 20% cheaper than conventional chocolate with a 10x more sustainable product.

So, you see, the value proposition of the artificial lab-grown chocolate is no different from the story of its similitude in the diamond market.

It’s very easy for cocoa-producing countries to discard this development because after all, it’s still in a trial stage.

First, they should be concerned because, any substitute to chocolate, called chocolate but cocoa-free, would mean a reduction in cocoa purchases.

This will reduce demand, which will negatively impact cocoa prices. Don’t forget that a price fall means cocoa farmers not receiving any increase in the farmgate or producer price and could even see a reduction in prevailing farmgate prices.

Also, this is clearly a legal way for multinational chocolate manufacturers to skip the payment of the Living Income differential (LID), a $400 per tonne premium on cocoa beans from Ghana and Cote d’Ivoire aimed at improving the living conditions of cocoa farmers.

Already China’s entry, the Olam-Mondelez cocoa plantations in Indonesia, etc. are all legal ways of avoiding the payment of the LID.

Secondly, Ghana and Ivory Coast would one day be so strong with their intent to produce chocolate on a commercial scale for export to increase their value capture from the value chain.

This action raises geopolitical concerns among the consuming world who would also want to produce their chocolate locally to maintain jobs and other economic benefits.

Does it not stand to reason why Big Chocolate would consider investing in developing the artificial lab-grown chocolate if cocoa growers intend to divert or exercise control over cocoa beans supply?

After all, chocolate manufacturers are predominantly in the West, where cocoa is not produced yet chocolate is heavily consumed.

So, what stops them from joining the lab-grown phenomenon as Marlboro did by buying a 35% stake in an E-Cigarette firm called Juul, with The Wall Street Journal highlighting that their decision was influence by smokers switching from cigarette to vaping.

Again, what stops consuming countries from slapping origin chocolates with higher tariffs and unrealistic trade standards to render them uncompetitive?

And, finally, what stops these countries from conveniently heeding to the strong consumer advocacy demands to end the importation of West Africa’s “unsustainable cocoa”?

Don’t forget that the European Union is actively working on legislation in that direction.

My thoughts may make me sound like a scare-mongering Ghanaian who sees only problems.

But I am, honestly, concerned about the millions of cocoa farmers, especially in West Africa, who are being paid a pittance for their toil.

So, this can give you an indication of how a sector that keeps failing cocoa farmers around the world never ceases to fail them.

I would like to sum up my musings with the dilemma of diamond buyers from these statements by two salesmen, which I believe may be the Dilemma for today’s and future chocolate buyers:

“You simply cannot give your girlfriend a synthetic. I won’t let you. The appeal of a diamond is its age and where and how it was created. Where is the romance in something created in a lab by a cold, metallic machine? Besides, the synthetics don’t come in sizes larger than 1 carat and I can tell that you want something grander for your loved one.”