COCOBOD will this year distribute about 60 million hybrid cocoa seedlings free of charge to farmers across cocoa growing districts to plant to increase their yield and incomes.

Mr Kwadwo Danso, Ashanti Regional Manager of Cocoa Health and Extension Division (CHED) of COCOBOD, who announced this said the new hybrid cocoa trees were tolerant and resistant to diseases and pest and took two years to bear fruits.

They also produce a large number of pods with large beans sizes.

Speaking at a sensitization rally for cocoa farmers at Nsuta in the Bosome-Freho District in Ashanti, he said the provision of the seedlings were part of several initiatives by COCOBOD to increase crop yield, sustain higher cocoa production and boost incomes of cocoa farmers.

Mr Danso said other initiatives such as the mass spraying and pruning of the cocoa farms, hand pollination, increased fertilizer application, rehabilitation of diseased and old cocoa farms, as well as encouraging the formation of farmer co-operatives, were all geared towards increased cocoa production in Ghana.

The rally which was organized by the New Edubiase District Office of CHED, brought together over 1,300 farmers including district and community chief farmers, Chiefs and Elders of the Nsuta Traditional Area, local government officials, among others.

It aimed at providing a platform for farmers to engage with CHED and local government officials to discuss and seek answers to some of the issues and challenges confronting cocoa production in the area. 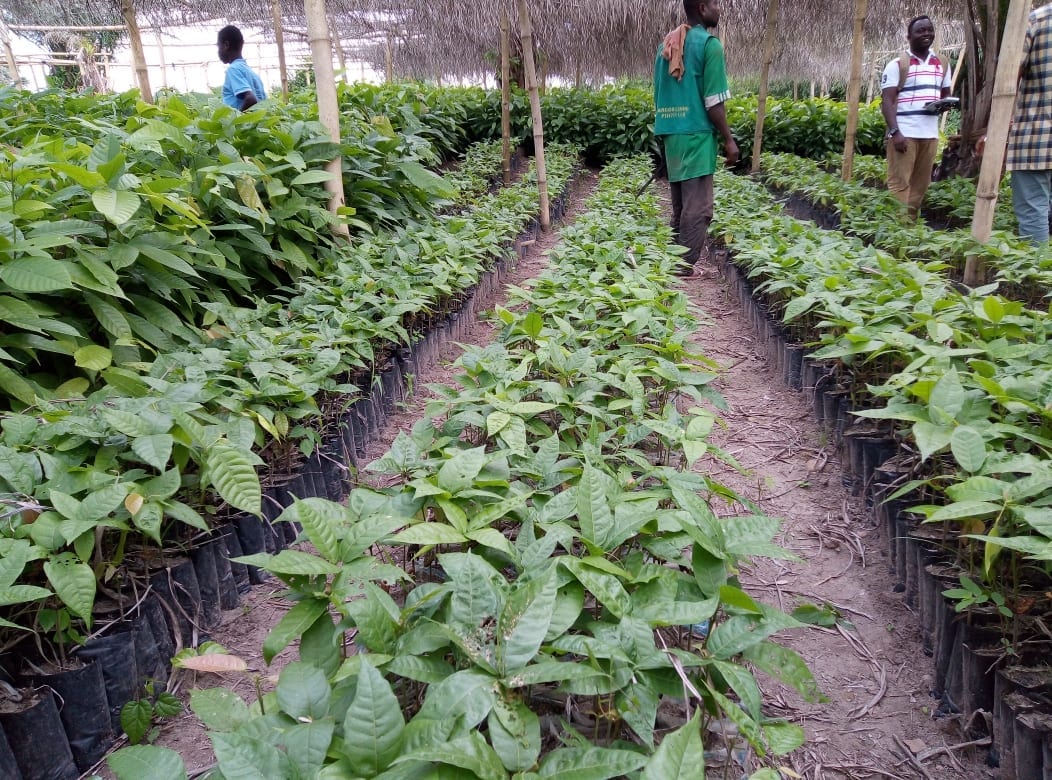 It was also to facilitate CHED’s farmers’ education on good agronomic practices such as pruning, fertilizer application, weeding, and pollination, among others, and to also sensitize the farmers on new programmes and policies being implemented by COCOBOD.

Mr Danso said CHED was not only targeting farmers who wanted to enter cocoa production for the first time, but those whose farms were over-aged and affected by diseases and pests such as the Cocoa Swollen Shoot Virus Disease (CSSVD).

He said COCOBOD was also supplying economic trees such as Emire, Ofram and others, to farmers as permanent shade plants in their farms.

Mrs Christiana Amponsah, the New Edubiase District Cocoa Officer said 600,000 hybrid cocoa seedlings had so far been nursed and distributed freely to farmers in the area this year.

Jun 4, 2022
Prev Next 1 of 179
Newsletter
Featured Jobs
You cannot print contents of this website.