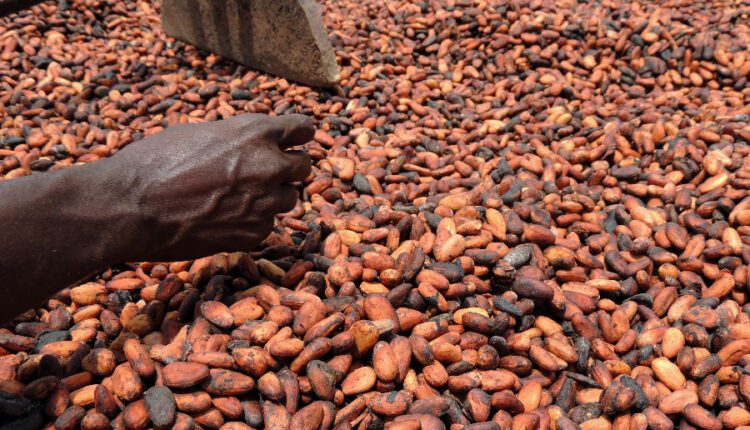 Food certification schemes are more prevalent than ever in Africa, driven by demand in developed countries, with a range of labels dominating the landscape, from Rainforest Alliance certified cocoa in Côte d’Ivoire to organic Tunisian olive oil and fair-trade mangoes in Senegal.

African states encourage these agricultural exports as they are supposed to generate revenues and jobs, but there has been an ongoing debate for years over the merits of such labels, which come from outside the continent.

Intended to provide consumers with an assurance of product quality and ethical farming practices, the labels’ impact on African economies and growers has been mixed, however.

Some industry voices, like François Ruf, a cocoa specialist at the French Agricultural Research Centre for International Development (CIRAD), even describe them as a “scam”.

On the plus side, certification schemes present several advantages for African growers, notably giving them access to high purchasing power markets such as the United States, Europe and Asia.

Abdelaziz Makhloufi, the chief executive of CHO Group – a company that markets the olive oil brand Terra Delyssa and recently added an oil to its range with a “zero pesticide residue” label developed in France in 2017 by a farmers’ collective – says that: “The organic label sets us apart from our competitors, as we produce a superior quality single-source olive oil, whereas they are selling blends”.

In Burkina Faso, COOPAKE, which got its start producing organic and fair-trade mangoes, has broadened its line-up to include cashew nuts and hibiscus with the support of the French fair-trade organisation Ethiquable.

According to Pierre Ricau, a senior market research analyst at Nitidæ: “Even though certification is based on a niche strategy, it has led to a number of success stories on the continent.”

But certification schemes are not without problems, as they have produced underwhelming results in a key area, namely the environment. The Ivorian cocoa market provides a particularly salient example of how such schemes fall short.

After merging in 2018, the two leading certification organisations in the cocoa world, the Rainforest Alliance (anti-deforestation) and UTZ (sustainable farming) have found it difficult to get cocoa farmers to comply with environmental standards.

According to the World Resources Institute, despite reducing the annual rate of primary deforestation by half in 2019, Côte d’Ivoire has seen its woodlands decrease by a factor of eight since the 1960s, with just two million hectares remaining.

“We’re also seeing backsliding in terms of pesticide use, which has been on the rise since the 2000s,” says Mr Ruf, who carried out a study involving 300 farms.

When it comes to other crops, organic and fair-trade certification schemes stand out from the pack, as they provide strict rules governing the use of plant protection products and require the performance of regular random audits, which reduces the likelihood of fraud.

But production volumes remain quite low in countries other than Tanzania and Uganda, where organic farming of crops like coffee, cotton, tropical fruits and fresh vegetables is large scale, which in turn means environmental benefits are minimal. A 2018 study from CIRAD notes that organic agriculture occupies just 0.2% of Africa’s cropland.

When it comes to farmers’ earnings, there is a great deal of resentment to go around, though some organic and fair-trade labels are an exception to the rule.

According to industry professionals, the most attractive certification schemes for African growers are those that provide for a minimum, realistic purchase price, a premium paid out to both farmers and co-operatives, the signing of a contract and the audit of co-operatives.

Such schemes help growers make enough money to cover their higher production and certification costs and generate a profit.

Practically speaking, the premium the Rainforest Alliance paid to Ivorian cocoa farmers for the 2019/2020 season amounted to 4% of the selling price.

Given these obvious shortcomings, a tipping of the scales in favour of African growers is overdue. This will involve training farmers so that they can benefit from competition between various certification labels and pushing for premiums to be paid directly to growers rather than co-operatives.

For the largest producers, technology can lead to greater self-sufficiency. One such example is CHO Group, which teamed up with IBM to develop an olive oil that harnesses the blockchain.

Thanks to a QR code on the bottle, customers can track their oil from the orchard to the bottling facility.

African states can also demand more transparency from certification organisations and create incentives for the development of African labels over the long term.

As for the state of certification in the cocoa sector, it will be necessary to go back to the drawing board since the European Union is planning to prohibit products that contribute to the destruction of forests and make due diligence mandatory for private sector companies by the middle of this year.