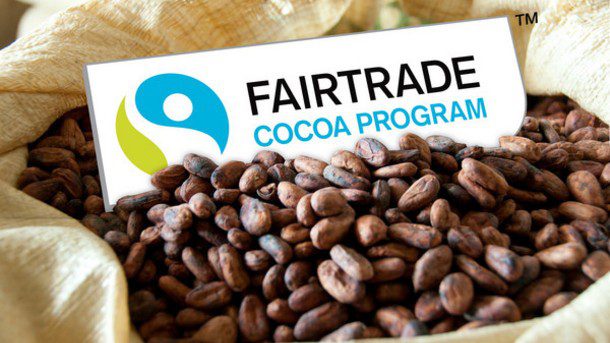 For the past decades, we have seen acclaimed sustainable certification organisations, telling the whole world that there is the need to fight for fairer trade for farmers across the Globe.

One of such certifications is Fairtrade, who have indicated in their mission statement, as committed to connecting disadvantaged farmers and their workers with consumers to promote a fairer trade and also empower them to deal with poverty and deal with supply-side problems like child labour and misuse of lands.

They claim to achieve this by assuring farmers a minimum price for their cocoa beans and an additional Fairtrade premium (Fairtrade, 2019). Lucrative, right?

Well, according to empirical research by Nelson, et al., (2013) on comparing the livelihoods of Fairtrade and non-Fairtrade cocoa farmers in Ghana, it came to light that there wasn’t any significant difference in the income both groups earned.

One of the reasons was the fact that Ghana Cocoa Board (Cocobod) provided all farmers including the non-certified farmers with extension services they needed, hence bringing them up to speed with the certified farmers at no cost.

KPMG (2012) confirmed this by explaining that Fairtrade certified producer groups are made to pay an initial fee between US$1,859 and US$4,511and an additional annual fee ranging from US$1,521 and US$3601 respectively according to the size of the group.

Do Fairtrade cocoa farmers gain any price advantage from the certification?

As seen in figure 1 above, the benefits of being a Fairtrade certified farmer was experienced between the years 1989 to 1994 (5yrs) and 1999 to 2002 (3 yrs) where world market prices for cocoa were significantly below the Fairtrade minimum price of US$2000 (Trading Economics, 2019).

This indicates that Fairtrade cocoa farmers for more than a decade haven’t gained any price advantage promised them.

Farmers have instead spent more money towards meeting Fairtrade’s certification demands and requirements, hence making them trail behind non-Fairtrade farmers in terms of price advantages.

Do Cocoa Farmers get the Fairtrade premium as promised?

According to (Nelson, et al., 2013) Fairtrade farmers in Ghana and their community received only 49% of the Fairtrade premium while the distribution of the remaining premium i.e. 21.78%, 10.37% and 19.22% went into inter-company transfers, capitalisation process and internal control systems.

Some farming communities according to the findings of Nelson research couldn’t even identify which social projects Fairtrade had done in their communities, hence questioning how the 49% is even used.

As mentioned, the 49% doesn’t go to the farmer but rather a part goes into community development and the rest to the farmer. The question is, why should it be the cocoa farmer’s sweat alone, that should be used in developing the entire community?

How about the orange, pepper, garden eggs farmers income? How about the uncertified cocoa farmer? I leave you to judge if you find this fair.

So, who then is benefiting from Fairtrade? 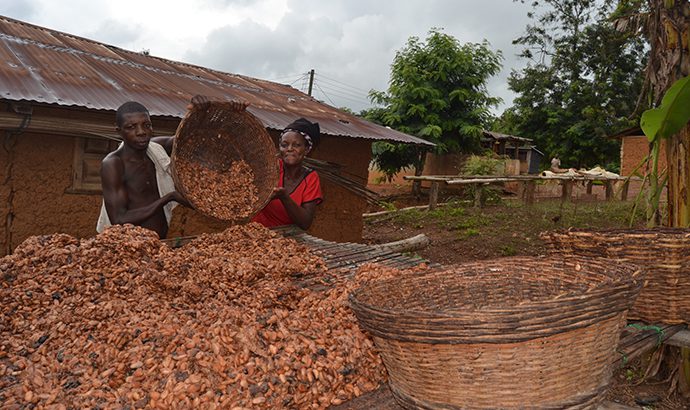 According to a study by the University of Bonns, consumers were willing to pay 30% more for products with the Fairtrade certification logo (Enax, et al., 2015).

This has created an enormous amount of power to certification companies as a source of value enhancement by other actors in the chain. So, as buyers of Fairtrade beans are usually processors and manufacturers of and can mitigate the increased cost by transferring it to the consumers, farmers have no way of mitigating any cost of production increase as they have no control over prices. This exposes Fairtrade farmers to a lot more livelihood problems rather than their expected gains.

So, is Fairtrade being fair to farmers and ethical buyers? Short Answer is NO. I would argue that Fairtrade is only being fair to Fairtrade, Cocoa processors, Chocolate manufacturers and chocolate retailers.

In conclusion, even though Fairtrade’s model was of value during the 1980/90s its relevance in the 2000s is being questioned (Krauss, 2015).

The issues I have outlined and my argument can be summed up in the recommendation by Fountain & Huetz-Adams (2018) that certification organisations shouldn’t over promise and underdeliver and should be more transparent to consumers and farmers, else dissatisfaction can lead to the disillusionment of the entire sector and everyone will be affected.

How Much Do You Know About Cocoa? Join the #CocoaChallenge