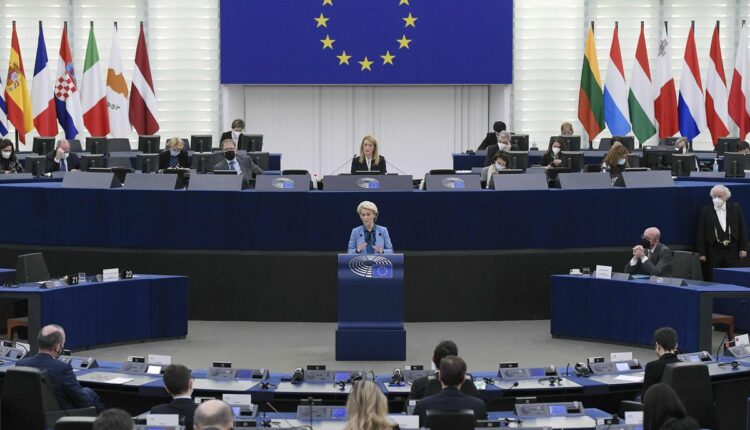 A group of Members of the European Parliament (MEPs) have called on the European Commission to “rapidly engage in formal negotiations” with Ghana and Cote d’Ivoire towards the establishment of an Economic Pact on Sustainable Cocoa.

“The RBC [Responsible Business Conduct] working group MEPs have followed and championed the Cocoa Talks since their inception. We were encouraged by seeing a diverse group of actors from producer and consumer countries come around the table to discuss sustainability issues in the cocoa sector,” the group said in its May 2, 2022, letter addressed to the Commission.

The EU’s Cocoa Talks sought to allow for broader consultation with actors in the cocoa value chain ahead of its due diligence legislation but failed to capture producer voices in its November 2021 proposal currently before the European Parliament.

With the uncertainty surrounding the outcome of the EU Cocoa Talks, the governments of Cote d’Ivoire and Ghana during their visit to Brussels in February this year presented a proposal for an Economic Pact on Sustainable Cocoa to enhance the EU Due Diligence proposal.

It is in this context that the group of eight MEPs has written to the European Commission, “to urge you to take up the offer of the governments of Ghana and Cote d’Ivoire for an Economic Pact for Sustainable Cocoa, as the “next step” in the EU Cocoa Talks.”

In the letter, the MEPs contended that “the proposal of an Economic Pact provides an opportunity to reach an agreement with the producer countries on a way forward on the key issue of price, as well as on other sustainability issues, and to obtain a concrete outcome of the Cocoa Talks.

We, therefore, call on the Commission to open negotiations with Cote d’Ivoire & Ghana to reach an Economic Pact for Sustainable Cocoa.”

The Ivorian and Ghanaian governments reiterated their position that low cocoa prices is a fundamental missing element of the EU’s regulatory proposals on deforestation-free products and corporate sustainability due diligence.

The position by the two largest producers of cocoa beans in the world seems to have found support with the European Parliament lawmakers.

“The low and unstable price West African countries and their farmers receive for their cocoa in Ghana and Cote d’Ivoire is not only a human rights issue, in itself, it is also a key driver of child labour and deforestation, both of which the Commission aims to address in its abovementioned recent legislative proposals,” they emphasised.

They further explained in their memorandum addressed to the European Commission tht, “the vast majority of farmers in these two, leading cocoa-producing countries live in extreme poverty, earning well under $1 USD per day. Despite back-breaking labour, farmers receive a pittance for the cocoa they produce: only around 6% of the final sale price of a chocolate bar. This situation cannot be said to be inevitable: in 1980, farmers received 16% of the final sale price, almost three times what they earn today.”

The group of MEPs are convinced that the European Commission entering into negotiations with Ghana and Cote d’Ivoire on their proposal to establish an Economic Pact for Sustainable Cocoa to address the entire value chain of cocoa is the right thing to do.

“We urge the Commission to rapidly engage in formal negotiations with the governments of Cote d’Ivoire and Ghana with the aim of reaching an Economic Pact for Sustainable Cocoa…The negotiations should not only be conducted between the EU, and governments of Ghana and Cote d’Ivoire, but should bring together all important actors, such as cocoa-buying companies, and NGOs,” the MEPs recommended.

They are convinced that “An Economic Pact that addresses the key sustainability barrier – a living income for farmers – would be a key enabler in support of reaching the objectives of the upcoming EU legislation on Deforestation-free products and Corporate Sustainability Due Diligence, insisting that “eradicating child labour and deforestation require integrated efforts across policy sectors.”

In 2019, the governments of Ghana and Cote d’Ivoire in consultation with cocoa buyers and manufacturers put in place the Living Income Differential (LID) price mechanism to tackle extreme poverty among millions of cocoa farmers.

It is a fixed amount of $400 above the market price with a direct payout to farmers. But its implementation hit a snug when buyers started evade payment.

Commenting on the matter the group of eight MEPs regretted that “global market prices have decreased since the launch of the LID and companies have since diversified their sourcing so that the two cocoa-producing governments were forced to lower the price paid to farmers.” It was however worried “despite COVID, companies have made record profits: in the past decade, Nestlé has bought back around $46 billion USD in stockholder shares.

In early 2020, the Ferrero family paid itself an annual dividend of €642 million. In 2021, major cocoa trader Barry Callebaut surpassed its pre-COVID growth levels, with 6.5% volume growth, and was able to increase its dividends, whilst the price paid to West African farmers remained as low or lower than before. Companies’ recent growth in profits outpaced their growth in sales volumes: the low price of cocoa is allowing companies to get richer while farmers in the Global South get poorer.”

Decent price is a human right

However, aside from buyers and companies circumventing the Living Income Differential, the European Commission also waded into an obvious trade standoff with a lopsided political solution dubbed the EU Due Diligence Legislation.

Although it addresses pertinent cocoa value chain challenges of deforestation and human rights, it fails to tackle the dehumanising incomes of cocoa farmers.

“The Commission’s proposals on deforestation-free products and corporate sustainability due diligence are welcome and long overdue. If sufficiently robust they can provide a game-changing effect on sustainability and human rights issues in the cocoa sector,” according to the EU lawmakers.

“But they must be accompanied by measures to address the low prices that farmers receive for their cocoa. We wish to recall that the right to an adequate standard of living is a human right under the United Nations Declaration on Human Rights,” they concluded.