...As They Condemn Chocolate Firms For Unfair Cocoa Pricing Practices 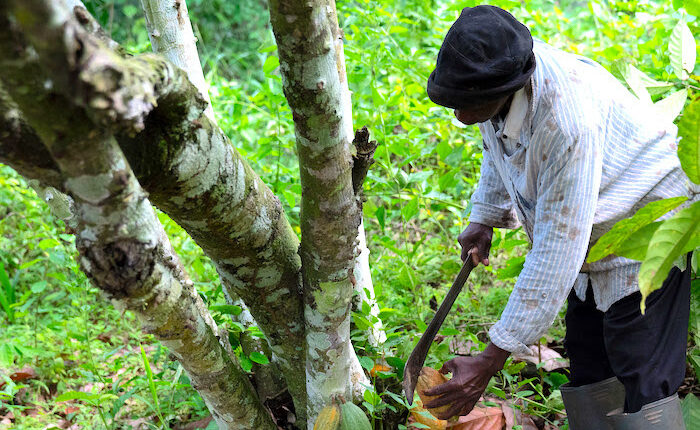 In a statement copied to Cocoa Post, the Cote d’Ivoire/Ghana Civil-society Cocoa Platforms commended the countries for the bold and unprecedented decision.

Reports emerged last Friday that Ivory Coast and Ghana will not be attending the World Cocoa Foundation Partnership Meeting set to commence on Wednesday, October 26 through Thursday, over cocoa pricing differences.

Ghana Cocoa Board (Cocobod) and the Cocoa and Coffee Council (CCC) of Ivory Coast accuse multinational chocolate companies and cocoa buyers of waging a silent price war that is robbing smallholder cocoa farmers of a living income.

“We may not always align with Cocobod and CCC’s decisions, but we fully support this action and the reasons provided for the boycott,” the farmers and CSOs declared.

They insisted, “it is about time the world recognized the double standards of multinational cocoa and chocolate industries, especially on cocoa pricing and the deteriorating living conditions of cocoa farmers due to their self-seeking interests and quest to maximize profits.”

The governments and regulators in the world’s top two cocoa-producing nations have persistently complained about heavy discounts imposed by chocolate companies on the world market price of cocoa and also scheming to evade the Living Income Differential (LID), a $400 per tonne cocoa premium to combat extreme farmer poverty.

“They have also utilized unfair market tactics such as negative origin differential mechanisms to further impoverish the local small-scale cocoa producer by taking away country premiums whiles purporting to be paying the Living Income Differential (LID) introduced some two years ago,” the group said of the private sector.

Côte d’Ivoire and Ghana account for 65% of global cocoa production, but studies show that farmers in these two countries earn less than 6% of the global chocolate industry’s total revenue valued at about USD130 billion per annum.

“New studies have shown that the share of cocoa growers in the overall chocolate industry has drastically reduced over the years as traders, brands and retailers have accumulated super profits,” the farmers and CSOs regretted.

They emphasised, “For example, according to Fairtrade, when cocoa prices were high in the 1970s, cocoa growers were earning up to 50% of the value of a chocolate bar. This fell to 16% in the 1980s and today farmers receive around 6% of the value.”

According to the group which comprises farmers, farmer-based organizations, cocoa cooperatives, small-scale processors, media and civil society organisations working in the cocoa sector, “this has led to high levels of poverty and hardship for cocoa growers in two of the largest cocoa-producing countries in the world.”

For more than two decades, cocoa and chocolate industry stakeholders have been discussing the falling price of cocoa and its adverse impact on farmers’ income and the sustainability of cocoa production.

However, abject poverty remains endemic among cocoa farmers and in cocoa-growing communities.

The Cote d’Ivoire/Ghana Civil-society Cocoa Platforms trace what they call an “unfortunate situation” to the refusal of multinational cocoa and chocolate industries to pay the right prices for cocoa beans.

They accused the companies of hiding behind their “so-called sustainability programmes to dodge paying a living wage for farmers.”

“Even more disheartening is the fact that Ghana and Cote d’Ivoire are compelled by these multinational companies to sell their cocoa beans below the prevailing market price (discounted prices).”

The farmers and CSOs group maintained that until the unfair pricing system imposed by cocoa buyers and chocolate makers is overhauled, the governments and regulators of the two countries will continue to bear the brunt of in-country stakeholders for low farmgate prices that do not guarantee a living income for cocoa farmers.