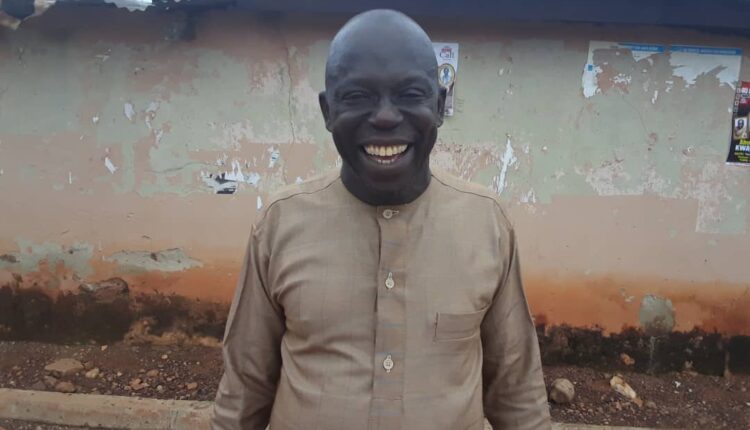 The immediate past District Chief Executive (DCE) for Adansi South in the Ashanti Region, Mr. Benjamin Anhwere, has endorsed the Cocoa Farmers Pension Scheme being implemented by the Ghana Cocoa Board (COCOBOD).

The former DCE, who is also a cocoa farmer, called on his colleague cocoa farmers across the various cocoa-growing communities in the country to promptly enrol on the scheme when the full rollout of the registration exercise commences.

The pension scheme is a national exercise, he said, and should be embraced by all cocoa farmers as a matter of personal interest to ensure for themselves a good pension.

“This is a national programme which all must get involved, especially, cocoa farmers so that we can live happily in old age. Nobody should trivialise it,” he advised.

Mr. Anhwere made these remarks when he visited a registration centre at Adansi Wuruyie, a cocoa-growing community near New Edubiase in the Ashanti Region where, presently, a pilot exercise for the Cocoa Farmers Pension Scheme is underway.

He believes that the cocoa farmers pension scheme has come at a good time to whip up the interest of the youth to venture into the cocoa business.

“As an indigene of Wuruyie and given my vast experiences in public life, I felt that I had to live by example to support this initiative as well. I am for it because I am a Ghanaian and a cocoa farmer with some 30 years of experience in the profession and the pension scheme concerns me.”

Mr. Anhwere expressed optimism that the scheme will help alleviate the plight of cocoa farmers and motivate the younger generation to go into farming for a better future.

“I have a 70-acre cocoa plantation and I feel happy in life because it helps me a lot and I think the decision to roll out the pension scheme is as well very laudable,” he said.

Meanwhile, the two-week piloting of the pension scheme which COCOBOD is carrying out in the Ashanti Region is meant to sensitize farmers and simulate the registration process with some 2800 volunteer farmers drawn from 28 cocoa-growing communities within the New Edubiase Cocoa District.

It also aims at providing hands-on experiences and feedback which would be used to modify and enhance the modalities for the full rollout of the scheme this year.