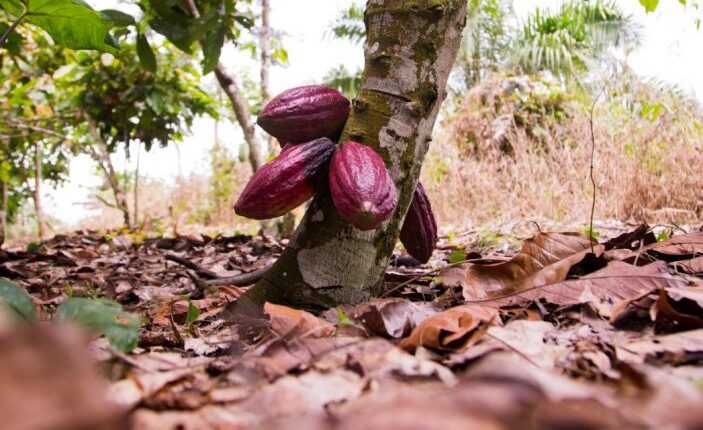 A community of cocoa farmers in Ghana’s Western Region are up in arms against Qatar-based broadcast network, Al Jazeera, over its recent reportage which accuses farmers of involving children in cocoa production.

The cocoa farmers of Ohiampeanika, in the Amenfi West District, deny the claims and instead described AlJazeera’s video footage as ‘staged’.

“The Al Jazeera video circulating is false. They visited us and told us they were from Ghana Cocoa Board (COCOBOD) and that they were to listen to our problems to help solve them. Not knowing they had ulterior motives”, one cocoa farmer lamented, as quoted by 3News.

According to the angry cocoa farmers, Al Jazeera’s false claims have since dented the image of Ghana’s cocoa sector in the eyes of the international community.

A former Assembly member for the area, Samuel Ofori Asare, who was featured in the Al Jazeera video, threatening legal action said, “We will go all out to sue them”.

Asare explained, “We were here one Sunday when they came and said they were from COCOBOD and that they want to meet the farmers to know their challenges and the kind of support they (the visitors) could offer.”

“After listening to the farmers, the Al Jazeera pressman indicated that they wanted some of the farmers whose farms were nearby to go with them to demonstrate how the cocoa is planted and harvested,” he recalled.

He said one of the farmers called Owusu Gyan alias Daffa, whose farm was nearby, opted to go with them.

“As they were going, the pressmen from Al Jazeera asked if they could get some children to go with them so they can carry the baskets into which the cocoa pods would be harvested,” he added.

He said Daffa’s brother’s three children who are all enrolled in school and had closed from church on that Sunday were asked to change quickly and went to the farm with them.

He continued: “So in the farm, the Al Jazeera journalists who spoke through a Ghanaian interpreter, would tell the farmers what to do as they were filming.”

“So they will tell a farmer to use the cutlass to harvest the pods from the tree and give it to the children to open them and the journalists were filming.”

“So as for us, we are here waiting for the support they promised only to hear that there had been an Al Jazeera TV report indicating that farmers in this community use child labour on their farms.”

“In fact, we were surprised and we want the whole world to know that cocoa farmers here do not engage children to work on their farms and so all should disregard that report. Ghanaian cocoa farmers don’t use child labour on their farms,” he stressed.

Asare added that the children were later given chocolates by the AlJazeera crew.

Reacting to the development during a fact-finding visit to the Ohiampeanika community, Charles Amenyaglo, the Director for Special Services at COCOBOD, said what transpired was criminal and that a report had subsequently been lodged with the police.

He appealed to all those who played a part in the story to cooperate with the police particularly when they are called to give their statements.

Mr Amenyaglo said the Cocoa industry is the oxygen of Ghana and will fight powerful forces trying to undermine the cocoa industry.

“Cocoa is the oxygen of Ghana and when you take away the oxygen from a human being what happens, what is happening here is a calculated strategy to kill Ghana, and we will not let it happen. In Ghana, we don’t use children on our Cocoa farms. The Cocoa management will not sit down on this without any action,” Accra-based Citi FM quoted Amenyaglo.