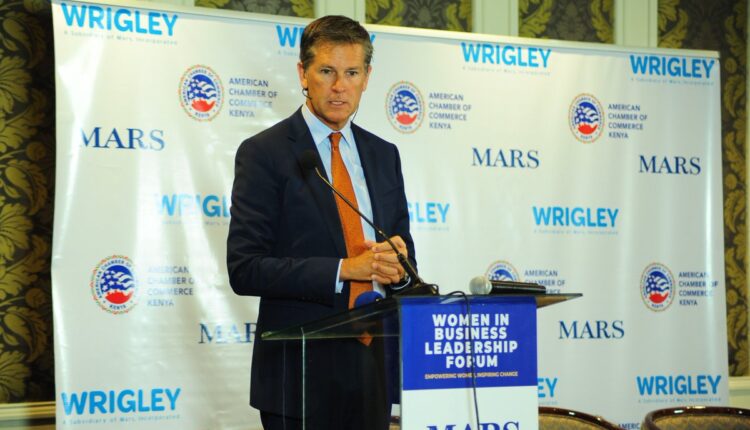 Mars, Incorporated, in partnership with sustainability consultancy Guidehouse, has today announced the formation of a new coalition, the Supplier Leadership on Climate Transition (Supplier LoCT), to mobilize suppliers on climate action.

The partnership aims to drive industry-wide movement by providing suppliers with the knowledge, resources and tools to develop their own climate plans to reduce their impact on the planet.

In its first year, the program will focus on helping suppliers understand the foundations of greenhouse gas (GHG) reductions in their own businesses, including core knowledge of how to calculate their own GHG footprints and to set their own science-based targets.

Mars is a founding partner of Supplier LoCT, with global businesses PepsiCo and McCormick also joining and enrolling suppliers to take part.

Mars has already made steady progress to cut emissions in its own operations by switching to renewables – which now accounts for 54% of the company’s global electricity use, and is now on track to reach its interim 2025 target early.

Barry Parkin, Chief Procurement & Sustainability Officer at Mars, Incorporated said of the new coalition: “As the world looks to rebuild from the pandemic, this will be a critical year in altering the trajectory of climate change. It’s never been more vital for global businesses and their suppliers to come together and protect the health of our planet and global communities for generations to come.”

“Mars is making strong progress to cut emissions in our direct operations and will hit our 2025 target well ahead of our goal. However, with our extended supply chain accounting for over 94 per cent of our emissions, it’s crucial we also partner with our suppliers to drive broad transformations and mitigate our collective impact on climate change. By forming this partnership and actively engaging our suppliers on sustainability, we hope we can drive truly meaningful, global impact.”

It comes as part of the business’ #PledgeforPlanet initiative launched in 2019, calling on its suppliers to join Mars in setting climate targets in line with the Science Based Targets Initiative, signing on to The Climate Group’s RE100 and embracing a future with renewable energy at the center of operations.

Mars is focused on engaging its largest 200 suppliers to maximize impact and catalyze change through its broader supply chain. So far, 23 of its major suppliers have set science-based targets or joined the RE100, and Mars has since engaged another 30 suppliers to set their own climate targets or to enroll in the Supplier LoCT program.

By actively engaging suppliers on climate action, Mars aims to accelerate progress towards its commitment to reduce GHG emissions across its extended value chain by 27% by 2025 and 67% by 2050.

Britt Harter, Guidehouse’s sustainability lead and partner in the firm’s Energy, Sustainability, and Infrastructure segment, said: “Emissions reductions are now essential, and global supply chains contain some of the most significant and difficult-to-reduce emissions. While organizations across the world have made bold commitments to science-based climate reductions, most are struggling to deliver progress, and the clock is ticking. We have joined forces with Mars, McCormick, and PepsiCo to demonstrate our combined leadership and go beyond target setting to drive real action.”

Industry organizations including The Food Industry Association (FMI) and sustainability nonprofit Ceres, applaud the efforts of Supplier LoCT to convene suppliers on this important topic.

“Pre-competitive coalitions like this are a critical component to industry progress toward science-based targets,” said Marjorie DePuy, Senior Director, Supply Chain & Sustainability at FMI. “Every company’s supply chain practices are important in the drive to reduce overall GHG emissions.”