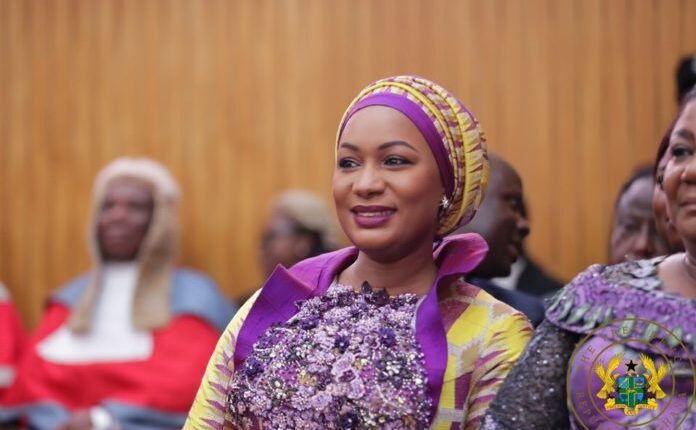 The Samira Empowerment for Humanitarian Project (SEHP) is building four factories for Shea butter processing in the Shea nut-rich regions in the Northern part of Ghana, the Second Lady Samira Bawumia has revealed.

Speaking on Asempa FM’s popular Ekosiisen show on Monday, March 9, 2020, Hajia Bawumia revealed that she is moved by the plight of women in the country, hence her focus on matters relating to them.

The second lady eulogized the significant roles played by women and challenged all, including governments, to help prioritize women issues. She indicated that her outfit, for instance, has a Shea Empowerment Initiative which is mainly targeting women in the Shea butter value chain from picking to processing.

“With support from Exim Bank-Ghana, we are undertaking the Shea Empowerment Initiative (SEI) to train women within the shea butter industry on how to properly pick and process shea nuts into fine and high-quality shea butter for marketing.

The project will train 300 shea pickers and 100 shea processors in each district. Currently, 1400 pickers have been trained on quality shea nut picking, in the first phase.

The Second Lady also highlighted some initiatives by her not-for-profit organisation, the Samira Empowerment and Humanitarian Projects (SEHP), which includes, the ‘Safe Delivery Project’, an initiative that seeks to reduce maternal and neonatal mortality in deprived communities.

The Safe Delivery project is expected to distribute birth kits to expectant mothers in their third trimester, in deprived communities. The project has, additionally, trained traditional birth attendants and several health workers.

SEHP has also equipped selected health facilities in deprived communities in Ghana. So far, SEHP has retooled the Tamale Teaching Hospital, some health centres, and Community-Based Health Planning and Services (CHPS) Compounds with necessary medical and surgical equipment, as well as medical consumables.

SEHP with support from the United Nations Population Fund (UNFPA) has launched a Coalition of People against Sexual and Gender Based Violence and Harmful Practices (CoPASH).

CoPASH will spearhead a national response to the issues of SGBV/HPs including case management and increasing prevention efforts in Ghana. The goal of CoPASH is to bring together agencies, organizations and individuals who are passionate about the rights of women and girls, to advocate for better case management for SGBV victims throughout the nation.