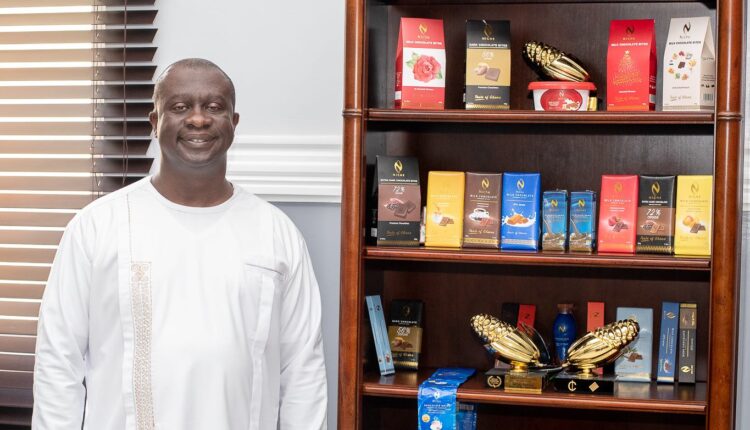 Ghana’s Niche Cocoa Industry is set to open the largest African-origin food and beverage company in the history of the United States of America.

The Ghanaian cocoa processing giant is currently in the process of turning a 44,000-square-foot space at the Franklin Business Park in Milwaukee, Wisconsin, into its first North American facility, BizTimes reported.

The project by the celebrated Ghanaian entrepreneur, Edmund Poku, will make history as the largest food and beverage investment by an African-origin company in the United States of America.

According to the Wisconsin Economic Development Corporation (WEDC), the Niche Cocoa project also becomes the largest Ghanaian foreign direct investment (FDI) ever in the State of Wisconsin, USA.

“Niche Cocoa’s historic investment in Wisconsin is an unmistakable signal to other companies across Africa and around the world — the United States is open for business,” said the U.S. Under Secretary of Commerce for International Trade, Marisa Lago, who was present for the announcement.

“I would like to say a big thank you to everybody here. You have made this to be a success story, and have welcomed us to your beautiful state,” Niche Cocoa founder Edmund Poku said at a press conference on Tuesday.

He stated, “The cocoa industry is a $100 billion industry, of which Ghana and the Ivory Coast is getting $6 billion. By adding more funding to it, Africans will (benefit) from more foreign investment.”

Touching on the benefits to the United States, Mr Poku noted “it will bring in foreign direct investment, and it brings the technical know-how of how to process chocolate into the country. We believe that by coming here we will produce one of the best chocolates … We are bringing the taste of Ghana to Wisconsin.”

Its groundbreaking outing in the North American continent is made possible through a partnership with the Milwaukee-based Omanhene Cocoa Bean Company.

At its Franklin Business Park facility, which is expected to be operational by December 222 or January 2023, the company will take imported cocoa cake and European food processing equipment to turn the brick-like cakes into cocoa powder.

That powder will then be available for nationwide distribution to be used by a variety of food makers for everything from chocolate bars to ice cream.

Giving a tour of the facility, Wallace explained that the operation will likely process about 1,200 containers of cocoa cake each year. That cake would travel to the East Coast of the U.S. via boat and then be transported to Chicago by rail.

“Together, we’re creating cocoa products and compelling employment in both the U.S. and Ghana,” Wallace said.

The company plans to manufacture finished chocolate at their Franklin operations sometime in 2023. That process will use high-tech machinery to combine the cocoa butter and cocoa liquor produced in Ghana to manufacture chocolate bars.

Edmund Poku, on his part, said part of what attracted the successful Ghanaian business to Wisconsin was the dairy industry and future hopes of creating chocolate beverages here.